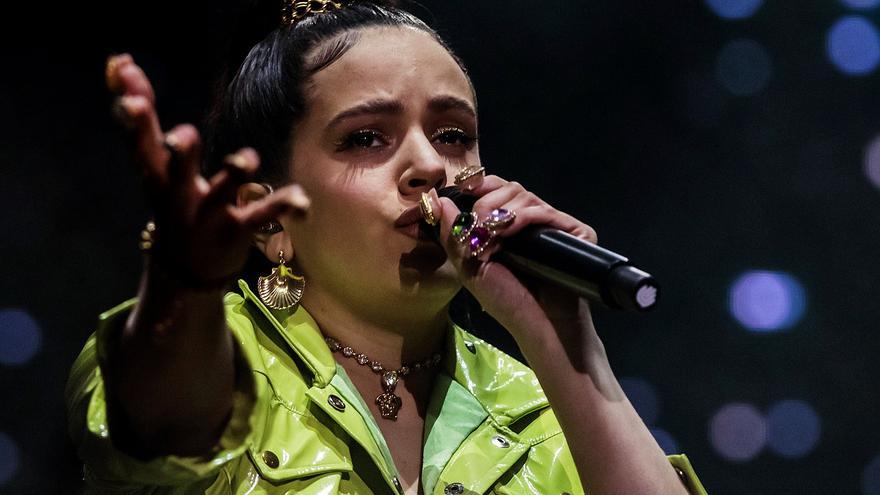 New York, Sep 13 (EFE) .- The Spanish singer Rosalía wore a red fringed outfit inspired by the Manila shawl on Monday for her debut at the exclusive gala at the Metropolitan Museum of Art (Met Gala) in New York.

“It’s inspired by the Manila shawl, which is very popular in Spain. Look at these fringes!” The award-winning artist told actress Keke Palmer, host of the event, about her groundbreaking image, signed by designer Rick Owens.

Rosalía posed on the museum stairs wearing high platform boots with transparent heels, shorts and a top that wrapped around her shoulders like a Manila shawl, extending in a train of several meters adorned with fringes.

The Met Gala today followed an American fashion theme and the singer said she was “celebrating that there are many beautiful and incredible designers” in the country, of whom she assured that Owens is her favorite and that is why she had chosen him for its premiere.

Rosalía was going to attend for the first time in May last year the considered “party of the year” of celebrities in the United States, as she revealed then, but the pandemic forced the organizers to cancel it.

The Spanish, who has recently attended New York Fashion Week, was seen this Monday finally enjoying the charity event with models Kendall Jenner and Gigi Hadid.

In his social networks he showed in detail the “look” of the night and included a photo of Lola Flores with a white suit and a Manila shawl on the beach.

Rosalía received the award last night in the Latin category of the MTV VMA Awards, which were held in Brooklyn, for her collaboration in “Lo Vas a Olvidar” with Billie Eilish, although she was not present at the gala.