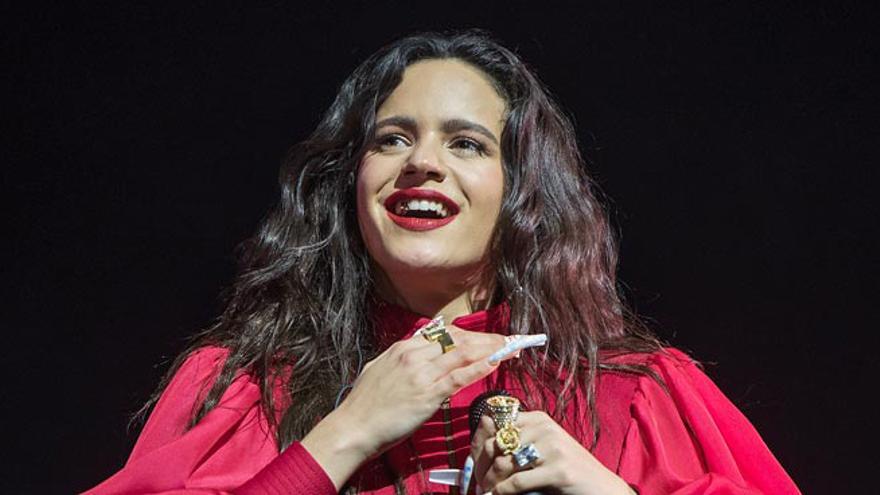 In his first guest appearance on the “prime-time” show, Bad bunny He decided to join the Spanish woman recreating the setting of his audiovisual piece with a surrealist tint with white stairs in the background, and although they did not use pyrotechnic effects, they did show their good chemistry.

The reggaeton, who is promoting his album “The Last Tour Of The World” and was nominated for two Grammy Awards, he returned shortly after to appear on screen for another performance, this time alone, of his song “I wish you the best”, and participated in two “sketches” with the show’s comedians.

In the first cut, Bad Bunny played a plant with sunglasses singing in the apartment of a woman who has gone crazy from the stress of the pandemic, and in the second cut, he joined the crew of a ship lost aloft sea ​​to guide them with a map, which turns out to be a children’s drawing.

The Puerto Rican, whose real name is Benito Antonio Martínez Ocasio, He had fueled the expectations of his followers on social networks hours before the performances on “SNL” by posting photos in which he posed with Rosalía in New York, where the studios of the NBC channel are located.

He coincided on the screen with comedian Pete Davidson, co-star in the film with which he will debut as an actor and of which he is part of the production team, “American Sole”, starring American comedian Kevin Hart and basketball player Chris Paul.

Among his latest achievements, Bad Bunny was crowned this Thursday with seven awards at the Lo Nuestro awards and at the end of January he also participated singing live in the wrestling event “Royal Rumble”, broadcast by World Wrestling Entertainment (WWE).