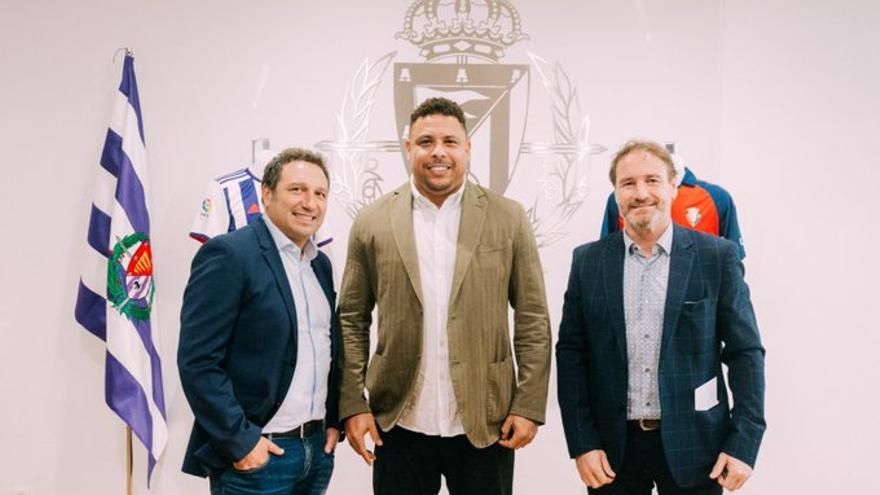 The director of the Cabinet of the Presidency of the Real Valladolid, David Espinar, confirmed this Monday that the president of the blanquivioleta club, Ronaldo Nazário "He is confined to Sao Paulo, but he is fine and with mild symptoms, so that when he completes the isolation period he will resume his activity ".

As he explained at a press conference, after presenting Jon Morcillo as a new Real Valladolid player until the end of the season, "Ronaldo has been undergoing continuous tests in Brazil, but yesterday he tested positive, which prevented him from going to the anniversary of the Cruzeiro, a club in which he is making arrangements to be an owner ".

Or more importantly, that you are empty, I will follow the isolation protocols and, lastly, I hope to be 100% recovered to return to the agenda.

"He has always been very careful with this disease, but in Brazil the rate of infections has been very high and has tested positive, although with mild symptoms, which points to a speedy recovery ", added Espinar, who has warned that this situation "It will delay his arrival in Spain for a few days."

Precisely, the covid is also influencing the efforts of the Real Valladolid sports director, Fran Sánchez, at the time of releasing some players in the winter market since, although he has admitted that "there have been several footballers who have asked to leave, to look for more minutes", the premise is "never weaken to the team".

In this sense, is waiting for what the tests to which they have been subjected determine this Monday the players of Real Valladolid and the injuries -like the one that occurred in El Yamiq in yesterday's match against Leganés-, to be able to make decisions regarding possible exits.

"I do not want to rush without having all the data on the situation of the team, because The competition continues, on Wednesday there is a demanding match of Copa del Rey before him Betis, and we have to analyze which exits there may be and which are not due to the technician's needs ", he specified.