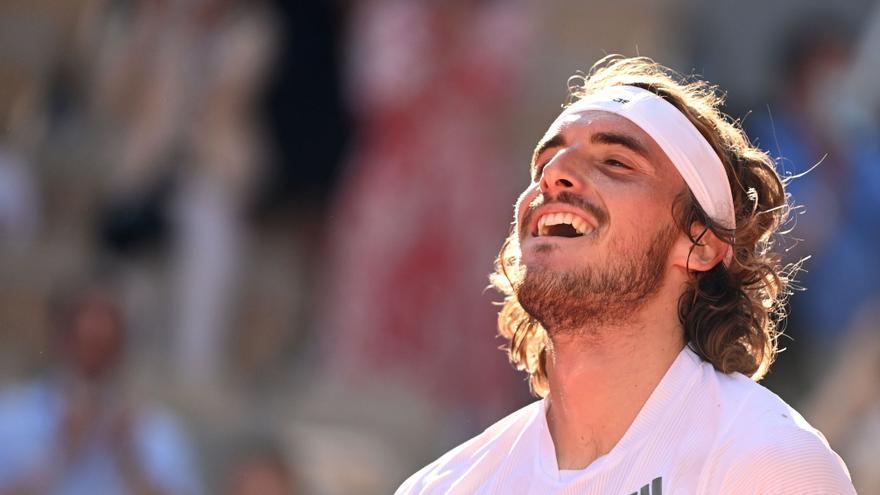 Greek Stefanos Tsitsipas achieved the first qualification of his career for a Grand Slam final after defeating in the semifinals of Roland Garros to german Alexander Zverev, 6-3, 6-3, 4-6, 4-6 and 6-3 in 3 hours and 37 minutes.

The Hellenic, the first of his nationality to contest the final of a great, will be the youngest finalist since Andy Murray at the 2010 Australian Open and the youngest in Paris since Rafael Nadal in 2008.

His rival for his first Grand Slam title will come out of the duel between Nadal, who has won 13 times in Paris and is pursuing his 21st major, and the Serbian Novak Djokovic, looking for his second Roland Garros and his 19 big.

"I can only think of my roots, the place I come from, a small place. My dream was to play here, in a big stadium, at Roland Garros," said Tsitsipas.

Hellenic, fifth racket on the circuit, finally managed to pass the third semifinal to a final of a great, in the best season of his career, with 39 wins in 46 games so far this year, 22 on clay, a surface in which he has only known three defeats.

All against rivals of great entity, the Norwegian Casper Ruud in Madrid, Nadal in Barcelona and Djokovic in Rome. The Greek also left pedigree victims on the road and scored the first 1,000 Masters of his career in Monte Carlo.

Representatives of the new generation

The youth semi-final, which faced two of the most talented representatives of the new generation, the youngest in a great since 2008 between Nadal and Djokovic, was an intense match.

Greeting between Tsitsipas and Zverev.

Two oppositions of style, two tennis players called to take over from Nadal and Federer, the raw power of the German, the styling of the Greek, the two-handed backhand with dynamite by Zverev, the one-handed Tsitsipas that remains drawn in the air.

It seemed that it would be a military walk for the Hellenic, the tennis player with the best data of the year, the one who has won the most matches on clay, intractable in the Parisian fortnight and who, in addition, won the first two sets.

Aggressive, offensive, Tsitsipas, 22, was on his way to his first final, not to mention that Zverev wanted to fight to the end to play a second, after which he lost at the 2020 US Open to Austrian Dominic Thiem.

Two set up, the Greek allowed himself a moment of rest, a holiday that Zverev, sixth in the world at 24, took the opportunity to change the dynamics, impose his rhythm, lean on the power of his two-handed backhand.

In case something was missing, a decision by the referee when he already dominated the third set 4-2, aroused the anger of the German. "It's a fucking shitty decision!" He yelled at the judge, who gave him up for a point despite the fact that the linesman had sung the Greek's ball bad, which in the rectification was considered good.

Far from deconcentrating, the incident awakened his killer instinct and the German, winner this year of the Madrid Masters 1,000, jumped into the jugular of the Greek determined to make it difficult for him.

He forced a fifth set against a Tsitsipas who could not find a way to stop the storm and planned the specter of a historic comeback that Paris had not experienced in the semifinals since 1958.

Zverev, who counted by victories in Roland Garros his matches to five sets, 7 of 7, dreamed of the comeback.

But the greek woke up, the public, who until then applauded the German because he wanted to experience more tennis, He changed sides and took the side of the tennis player who has been seducing them since the tournament began.

"His screams have helped to reach this final," confessed the tennis player, who in the fifth set again imposed his superiority, that of the first two rounds, which has made him the tennis player with the most wins this season.