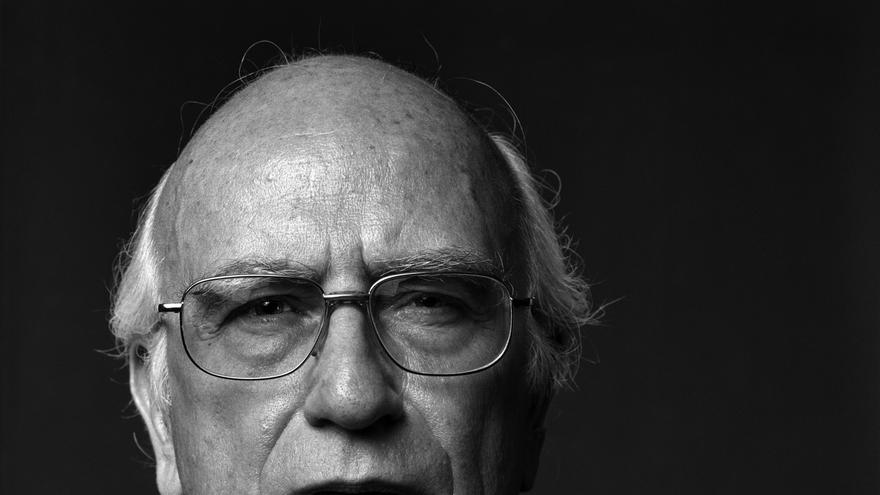 Mexico, Mar 27 (EFE) .- The renowned academic Roger Bartra, involved in the struggle for democracy in Mexico during the 20th century, warned this Saturday of the dangerous and alarming authoritarian tendencies of President Andrés Manuel López Obrador.

“It is not a hypothetical danger, it is a danger that has already arrived and has been installed in the Government. (López Obrador) is sponsoring an authoritarian drift. He is threatening freedom of expression, in addition, with his aggressive mornings against all critical forces, against everything. critical intellectual. It is a truly alarming thing, “he considered in an interview with Efe.

Bartra (Mexico City, 1942) has presented the book “Return to the Cage”, in which he describes the first two years of government of the leader of the National Regeneration Movement (Morena) as a “failure”.

The doctor in sociology from the Sorbonne calls López Obrador’s presidential adventure that way because “a regime change has not occurred and will not occur”, in reference to his proclamation of leading the Fourth Transformation of Mexico, equating his presidency to Independence (1821), the Liberal Reform of the 19th century and the Mexican Revolution (1910).

“There is nothing similar to a regime change like the one he has announced. It was not in his purpose either. I do not know if López Obrador does not understand well what a regime change is,” he said.

Bartra observed in this first third of the Mexican president’s six-year term the existence of “strong tendencies towards an autocracy” with an “authoritarian policy of militarization, of concentration of power in his hands above even his own ministers.”

Despite this, the academic does not coincide with the most critical voices of Mexican society with López Obrador, who fear that the leader will lead the country to be a case very similar to that of Venezuela.

“They are extremely different situations,” the writer warned, because López Obrador is a “right-wing populist” while Hugo Chávez imposed “a twentieth-century socialism that seemed rather nineteenth-century and that has not led to socialism, but to the country’s bankruptcy. and a brutal repression “.

“López Obrador is not a man of the left and he is not going down that path. Now, in this process of deterioration of democracy in which we are in, surprises may occur and not exactly a Venezuelan path may occur, I do not see that as possible, but yes a serious collapse, “he warned.

Currently, Morena governs and has a majority in both the Senate and the Chamber of Deputies, a body that will be completely renewed in the midterm elections on June 6.

These elections are considered the largest in the history of Mexico since 94 million voters are called to elect 500 federal deputies, 15 governors from a total of 32 states, 30 state congresses and 1,900 city councils.

Bartra considered that “it is possible” that López Obrador’s party could lose its majority in the lower house, despite the fact that the president has a citizen approval of 60% in the absence of two months for the midterm elections.

POSSIBILITIES OF THE OPPOSITION

The sociologist pointed out a “change of attitude” of the once hegemonic Institutional Revolutionary Party (PRI), a party that preceded López Obrador in the government with the presidency of Enrique Peña Nieto (2012-2018) as the key to this alternation.

“You have to understand, and I explain that in the book, that Morena’s triumph is largely due to the PRI and the Peña Nieto government,” said the academic, who defended that the ex-president “liquidated the opposition” that he supposed in 2018 the conservative Ricardo Anaya and presented a candidate, José Antonio Meade, “who was an obvious loser from the beginning.”

That “directed PRI voters to Morena in many states,” he said.

By June, Bartra bet on the options of the PRI, the leftist Party of the Democratic Revolution (PRD) and the conservative National Action Party (PAN), apparently the strongest of the opposition.

“Those three parties are not dead, they are not dead. But it is an election and the polls closest to the elections will be able to tell us what is happening. I hope that at least Morena loses that overwhelming force that it achieved (in the Congress), “he said.

Those three formations will join forces in 124 districts under the Va por México coalition, although Morena and his allies also have an advantage in the polls in those enclaves.