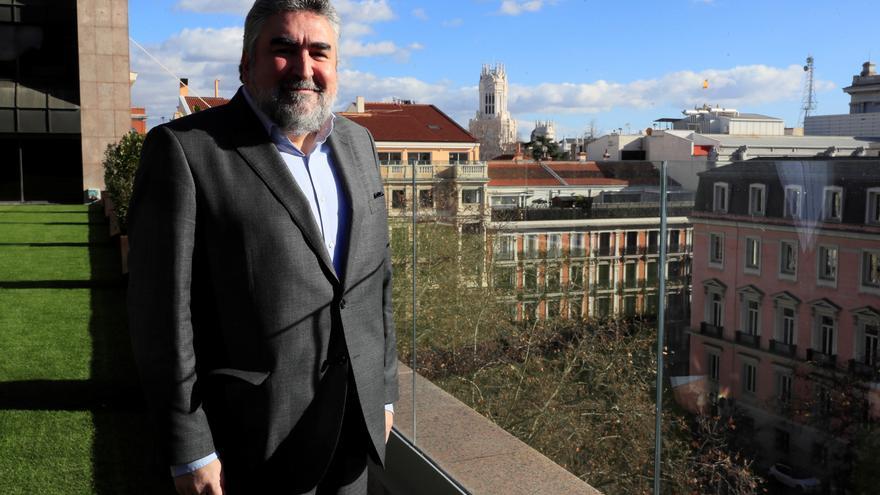 Madrid, Jan 30 (EFE) .- The Minister of Culture and Sports, José Manuel Rodríguez Uribes, has highlighted the "greatness" and "patriotism" of Carmen Thyseen after the signing of the agreement for her collection to remain in Spain during the next fifteen years. "Carmen Thyssen has thought about the interests of Spain, not only her own interests, let's not forget that it is a private collection," José Manuel Rodríguez Uribes assured EFE this Saturday, who has underlined the "greatness and patriotism" of Baroness Thyssen. Regarding the return of the Mata Mua painting by Gauguin, the minister said: "For me it is a reason for satisfaction." And he has described the agreement as "round", since, in addition to closing the rental price "according to the context we live in," the purchase option by the Government has also been included. "The collection is valued at 14 million and an agreement has been reached for 6.5 million", declared the head of Culture, who added: "I am very satisfied, the government is very satisfied."

"There has been a lot of good will," Rodríguez Uribes acknowledged while assuring that it has been a "difficult" negotiation, involving many weeks and months of work "in secret."

Regarding the return of the other three works that have left the Museum, "Racehorses in a Landscape", by Degas; "The" Martha Mckeen of Wellfleet ", by Hopper; and" The bridge of Charing Cross ", by Monet), the minister has said that" the agreement signed is with the 427 cataloged works ", although he does not know if Carmen Thyssen" has sold some of them ".

It has disassociated the collection agreement from the matter of Carmen Thyssen's tax residence in Andorra since 1992, given that she has repeatedly claimed that she should be able to spend more time in Spain, since she had to attend to matters related to her museums. "This is a matter for the Treasury, a decision that will be made in the area of ​​the Treasury," he argued.

In the agreement between Carmen Thyssen and the Ministry of Culture "it is about the rental of the works and their purchase option after fifteen years", said the head of Culture, who added: "now we have a lease contract that we gives peace of mind and stability with the pictures in the Thyssen ".

The return of the painting "Mata Mua" has been a "sine qua non" condition "for this firm, Rodríguez Uribes told Efe, who assured that Carmen Thyssen has had great offers for this guaguin," for that reason, I put in value his greatness. "

He has said he is "happy" with this agreement in which Baroness Thyssen has made a decision that "makes her great". In these difficult moments "we have not wavered and we have given a message of strength and support for art."

"With this signature, we have thought about Spain and not about economic immediacy," said the minister, who has advanced that the agreement has incorporated "the commitment to support and collaborate in the Thyssen Museum of San Feliu de Guixols (Girona) with a part of the works that is not on display and that are by great Catalan authors, "with which we are almost going to build two museums."

Regarding the freedom of mobility of the works, the Minister of Culture has indicated that there is now a leasing contract, "there are rules and we promise that the works are in the Thyssen"

Until now, "it is true that she could remove them", therefore, in 2019 due to administrative silence, she was able to take "Mata Mua", there was no legal link, "Carmen Thyssen in a funny way, generously had the paintings in the museum , but without any link, "he said.

And now, after almost fifteen years of "provisionality", a dozen ministers and many hours of negotiation, a contract is signed so that "the Thyssen cadres stay at the Thyssen, except those that we assign, in accordance with it, to the museum of San Feliu de Guixols (Girona) ".

Baroness Thyssen is a "great patron of art", concluded the Minister of Culture, who also wanted to point out that this agreement represents the "reunion of the two collections on the centenary of Baron Thyssen, turning the Thyssen Museum, probably into one one of the best in Europe ".