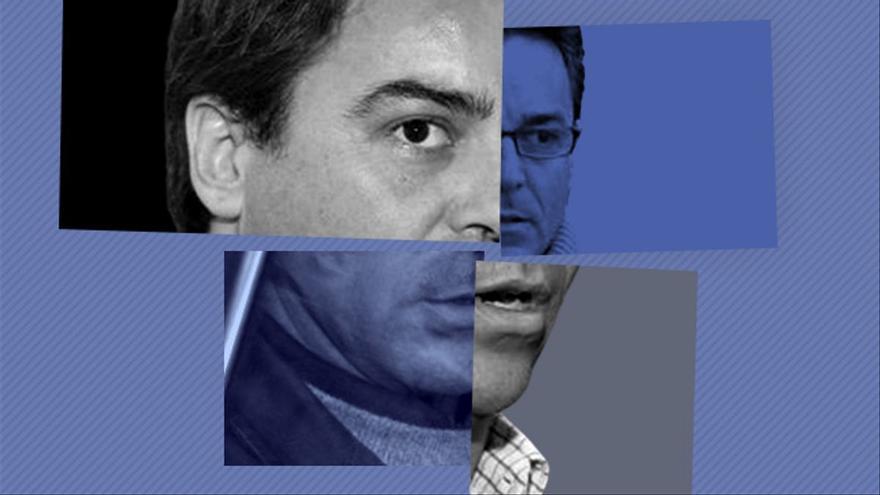 Twelve years later, Rodrigo de Santos returns to the dock. Whoever was a promise of the regeneration of the Popular Party in the Balearic Islands will be tried from this Monday for sexually assaulting two young people, of legal age, who spent their days of prison leave in an NGO close to the party in which he was a member. According to the Prosecutor's Office and the representation of the alleged victims, De Santos used the power granted to him by Open Horizons to attack the two inmates under the threat that, if they did not agree to have sexual relations with him, he would report against their prison permits and the granting of parole.

The NGO endowed Rodrigo de Santos with that authority despite his record for abusing two minors, friends of his children, and spending the money from the Palma deputy mayor's card on cocaine and male prostitution. The Supreme Court reduced De Santos from twelve to five years because it did not consider proven that one of the 14-year-old children resisted the penetration. The Prosecutor's Office is asking this time 20 years in prison for the former PP politician and that the NGO founded by Father Garralda be declared a subsidiary civil liable. De Santos assures that everything is an invention of the two former inmates due to the reports he issued against them, spurred on by a group of workers jealous of their role in the shelters.

The complaint by this young man was followed by that of another, of Moroccan origin, whom Rodrigo de Santos took to his private home. This second inmate contributed the whatsapp that the former head of the Balearic PP sent him making proposals. Two months later, agents from the Family and Women's Care Unit (UFAM) detained de De Santos. The judge released him with a prohibition against approaching his alleged victims.

The case also served to uncover the internal earthquake that the NGO's board of trustees had experienced due to these events. The president of the foundation on which the NGO depends, María Dolores Navarro, continues to this day presiding over the Popular Party in the Madrid district of Arganzuela. Lola Navarro was councilor of Torrejón and of the capital of Spain with Ana Botella as mayor. In the penultimate regional legislature, she was elected from the list headed by Isabel Díaz Ayuso, but in the elections of last May she no longer joined the cartel of the conservatives in the Madrid Assembly.

Navarro was the head of the NGO when De Santos, who had come as a volunteer on the recommendation of a nun, went on to direct the shelters. When the young people denounced, the Foundation transferred the former politician to another destination. The Board of Trustees, claimed its members, had not been informed of the events and Navarro had to resign. She holds the late father Garralda responsible for the hiring of De Santos while in the Foundation they defend that, already ill, the Jesuit did not have any management capacity.

The prosecutor requests for De Santos fifteen years in prison for a crime of continuous sexual assault one of the prisoners and five others for another sexual assault at one second. The account of the representative of the Public Ministry collects how between the months of February and July 2017, Benjamin (fictitious name), who was 29 years old at the time, was residing during his penitentiary permits in the Javier I and Javier II houses that the NGO founded by Father Garralda has in Madrid. Prisoners who do not have roots are welcomed by the NGO so that they can enjoy the outings and it informs the Prisons of their behavior during them. Father Garralda's work inside prisons has been highly valued by Penitentiary Institutions for decades.

With Benjamin's statement to the Police in October 2017, the agents drew up a statement in which they recorded their statement: “Rodrigo repeatedly insisted on penetrating the caller, he flatly refusing on all occasions, answering 'I don't I'm gay'". And also: “Rodrigo promised him that he would get him the third grade if he continued as before. [accediendo a realizar los actos sexuales] and that if he did not do it, he was going to revoke his prison permits and it would not help him at all ”.

The prosecutor's accusation brief, almost four years later, considers the facts to have been incidentally proven and concludes: “In July 2017, when Benjamin was at the 'Javier II' house, the accused being during the day, taking advantage of the fact that he was The house was emptied, he appeared there, going to this inmate's room, telling him to go into the bathroom, Javier Rodrigo de Santos began to perform a fellatio, to which Benjamin agreed, fearing that he might withdraw the endorsement, forcing him to penetrate him anally, being this last occasion in which the defendant forced Benjamin to have sexual relations with him ”. Benjamin, who has needed psychiatric help, is currently trying to rebuild his life with his partner and the daughter they both have had.

Next, the Prosecutor's Office refers to the second victim, Rachid (assumed name), and to some events that date back to 2015. “During his stay in this house, the defendant did not stop making sexual advances towards Rachid, stating that if He accessed them, he would help him with his son and with his immigration problems, sending him some whatsapp on February 5, 2017 where he said: 'the truth is that I would love you to be mine', 'if you were bisexual like me you would have 100% ',' I'm going to sleep Rachid, if you want to come down to my bed I'll leave you open ',' I promise to treat you with great care and respect, as if you were my son ... my house is your house and my bed is your bed, you know that I would love you to be here by my side to sleep hugging you, I love you my Rachid '”. One night at the defendant's home, he got into the young man's bed, touching him, without having proven that he penetrated him anally, "adds the prosecutor.

The Padre Garralda Foundation appeared as a popular accusation against De Santos two years after the former Palma City Councilor was arrested, at which time the NGO ignored the alleged victims. The investigating judge, Juan José Escalonilla, rejected the appearance And now the NGO founded by Father Garralda faces paying the compensation that accompanies an eventual conviction if De Santos is declared insolvent.

When the events occurred, the Board of the Foundation was made up of two former directors of Esperanza Aguirre, Regina Plañiol and Luis Perales, as well as the former Secretary of State for Commerce with Rajoy, Jaime García-Legaz, who left for the management of the then president with the De Santos case and later returned as vice president. They all belong to the most conservative current on moral issues within the PP. Currently only three people make up the board of trustees: its president, María Matos González de Careaga, García Legaz himself and Celia Ordoñez.

The representation of Benjamín asks in its indictment for 94 years in prison for Rodrigo de Santos for seven violations of his client with the aggravating circumstance of recidivism. It also requests that, if it is declared insolvent, it is the NGO that takes charge of the 70,000 euros of compensation that it claims. In his brief, he denounces that De Santos was hired and promoted, despite his background, by "ideological affinity" with PP politicians managed by the NGO. The other victim, Rachid, requests fifteen years in prison for De Santos, at the rate of seven and a half for each of the two sexual assaults against him.

Three members of Section 29 of the Provincial Court of Madrid will judge Rodrigo de Santos between Monday and next Wednesday. In the last phase of the investigation, the former PP politician has hired the services of the lawyer Pedro Horrach, a former anti-corruption prosecutor known for prosecuting the Nóos case. Rachid is represented by a public defender and Benjamin by the lawyer Alejandro Gámez, from Red Jurídica, a law firm specialized in the defense of migrants and other disadvantaged groups that took over the case after it became public.