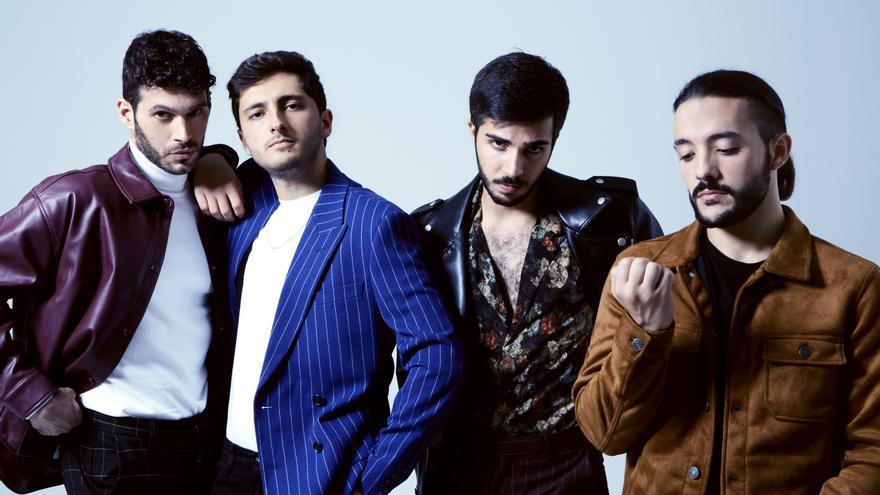 Madrid, May 10 (EFE) .- A single song lit in just one afternoon and released independently placed the Murcian Arde Bogotá in the rearview of multinationals, festivals and the public to edit an LP of fast and northern guitars in which, Paradoxically, they wonder: “Is rock dead now or do I have to load it up?”

“Rock died a long time ago, but nothing happens; it is cause for celebration, because the fact that it is no longer the most ‘mainstream’ music makes it a place to experiment”, the composer and vocalist of this group of Cartagena, Antonio García, with a security and loquacity that make one doubt that this is his debut album.

From a similar conversation about musical genres (specifically, whether rock in Spanish existed as such), in 2017 the seed of Arde Bogotá emerged in a bar where he had just met his guitarist, Dani Sánchez, who is today. I was already playing in those days with the bassist, Pepe Martínez, and the drummer, José Ángel Mercader “Jota”.

Reunited and in little more than an afternoon, on a half-sketched subject of García they lit up “Antiaéreo”, which catapulted them to fame. “We saw that something strange was happening there, that there was understanding, we stayed with that formula and began to play non-stop,” recalls the singer.

He confirmed it on a trip he had to the capital of Colombia. According to what he later told his companions, his friends there went crazy with the models that he put in their car as they crossed the city partying. “Bogotá burns”, someone pointed out, and that’s how the band was baptized.

“The drummer says that we made a pact with the devil and I’m waiting for him to come and collect it,” García sums up jokingly after the unexpected success that led them first to a street festival in Murcia and, later, to sign for the agency They are Good and by Sony Music.

Music is still a dream shared with parallel works (a lawyer, a university professor …), but he has already given an EP, “El tiempo y latitude” (2020), and now “La noche”, which He drinks a lot from the party withdrawal syndrome twenty-somethings suffer from the pandemic.

“What we missed the most was going out and entering a gambling den with the music at full blast,” admits García, given “the lack of adventures to compose.”

His songs move between two main axes: “The future and love” and, with it, sex. “With our precarious working life, what worries us the most when we get home and look at the ceiling are romantic relationships; that’s where sex comes as a way of knowing and letting yourself be known, of disinhibition, of taboos,” he explains.

Topics such as “Cariño” and a verse (“Come dance a shitty song”) account for this, which also gives the measure of their musical idiosyncrasy. “If there is some intellectual ambition in our songs, it has been unintentionally, because what we like is to be real,” he says about his purpose to abound in experimentation, but “not to gloat” in it.

“Shit songs are the ones that save you and it happens a lot with art in general. You can talk about how cool a downright artist is, that a chapter of ‘The Simpsons’ arrives and for whatever nonsense it is what connects you with something That magic is what you have to aspire to, “he says.

Thus they equally recognize the influence on their agile guitar playing of groups like Arctic Monkeys, Foo Fighters or their countrymen from Viva Sweden and Second (“Sean Frutos is for me the best singer of Spanish music since Bunbury,” he says), but also that of Dua Lipa and the synthesizers of “Future Nostalgia” or the rhythmic patterns of “My Beautiful Dark Twisted Fantasy” of Kanye West.

Happy in the dichotomy, even in the contradiction, in the end they do not deny their quality of “rock band” if that serves to anticipate what those who look at their music will be able to hear: “Sing, jump, an energetic show, guitars , alone … the taste for live music “.

Those who want to check it out, will be able to do so on June 8 at their next big event in the Murcia bullring.