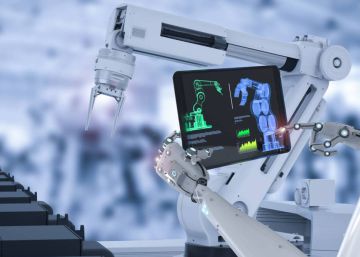 The relationship between productivity, technology and employment is not new, but has traversed the history of modern economies. The fears of the Luddites were overcome by economic growth that generated many more jobs than it destroyed. However, interest in this relationship has intensified in recent years due to the speed and depth of the fourth industrial revolution. Although it was Jeremy Rifkin who, in 1997, initially warned about the end of work, the first systematic estimate on the impact of automation on jobs was proposed in 2013 by Frey and Osborne, noting that, for the United States, the percentage of jobs with automation risk it would reach 47% of the total, over a 20-year horizon. Using their methodology, different studies have estimated for Spain a potential for automating their employment close to 45% of their active population.

After this pioneering initiative, there have been many who have tried to specify this quantification. Thus, the World Economic Forum pointed out that, with a much more limited horizon – five years–, the world's leading economies would lose up to seven million jobs, of which two would be recovered through new trades. The resulting balance is five million, which accounts for about 0.3% of total jobs in the economies analyzed. The OECD, meanwhile, and based on the levels of labor qualification, pointed out that the risk of automation depended largely on the characteristics of each territory, going from 40% in some regions of Eastern Europe to 4% in areas where qualified employment is the norm, like the region surrounding Oslo, in Norway. Based on data from Spain, the OECD indicates an automation risk that reaches 20% of the population and that an additional 30% will face significant changes in their employment model.

These long-term forecasts, based on technological aspects, do not take into account that automation processes also depend on legal, cultural or financial dimensions. These factors change the equation and more recent studies reduce the numbers of employed population at risk, to levels close to 9% in the United States, as is the case of the estimate made by Arntz in 2017. In fact, according to a study by Koch, Manuylov and Smolka for the Spanish case, when we examine the impact of automation at the company level, the firms that have most opted to automate their processes not only have not lost jobs, but have increased their workforce by over 10% since 1995 , conclusion that corroborates a recent study of think tank Bruegel for the regions of the European Union.

Thus, so far, the risk for employment is not in robotization, but in non-robotization. What the evidence already explains is that digitalization actively contributes to the polarization of the labor market, making intermediate positions disappear to concentrate job creation in positions of high qualification and productivity, where digitalization has not yet reached the required levels, and in low-skilled positions, where the salary cost is below the cost of automation. Thes middle class jobs, andThe gap between these two poles are the ones that are suffering the most from the consequences of automation. And with them, the participation of wages in the distribution of income between capital and labor. Rather than thinking about what jobs will survive the new industrial revolution, we must reflect on what work will be like in the new era.