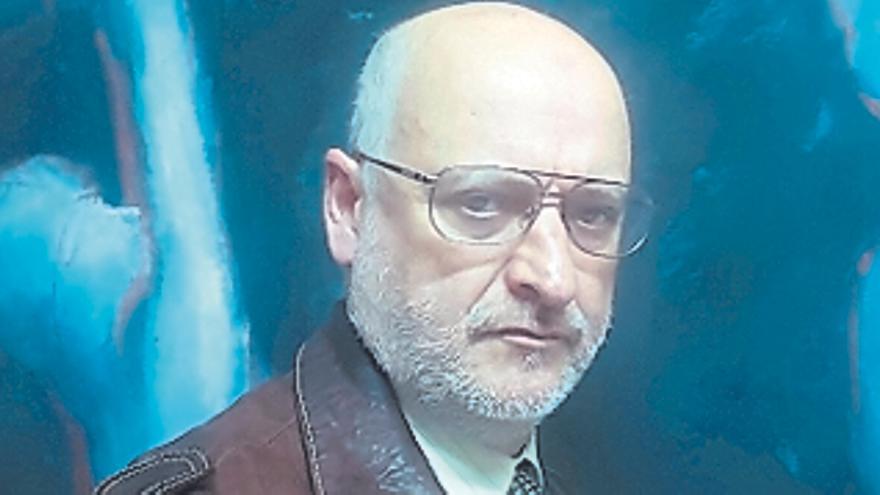 The page autonomousweapons.org, of the Lethal AWS organization, is in charge of informing, warning and seeking solutions to the new robots and drones that work with Artificial Intelligence, and due to their high lethality, they should be considered weapons of mass destruction similar to those nuclear. One of the videos shown by Lethal AWS to illustrate the dangers of these weapons goes like this. The presenter says: “Does a pilot move it? No. This ability is from Artificial Intelligence. The apparatus pilots itself. Its processor can react a hundred times faster than a human.” Then you see a drone whose size makes it fit in La Palma of the presenter's hand: “This is the new autonomous weapon that has just been presented by a leading brand of military equipment. His random move is an anti-sniper defense.” And the drone is seen moving randomly like a wasp: “Like any current mobile device, the robot has cameras and sensors, and just like your mobile phones and social network applications have facial recognition, the robot also has them. Inside it carries three grams of explosive charge.

And to show how it works, he throws it in the air from his hand, and the weapon is directed by facial recognition to a mannequin, recognizes the face of the mannequin, approaches it and shoots it through the brain from the front: “ Have you seen it? This small bang is enough to penetrate the skull and destroy its contents. This is the power of a unit, but it is a weapon designed to act in a group”. The presenter continues: “This is a surgical precision attack, it is one of our multiple products, which when used in a group can penetrate buildings, houses, trains… dodge people, bullets, practically dodge any counterattack. They cannot be stopped. But I have already told you that this was bigger. Why? Behold". Then you see a cargo plane, and some doors open, from which thousands of lethal mini-drones come out, like a swarm, heading somewhere, and he continues: “With an order of 25 million dollars, you can acquire this, enough to destroy half a city, enough to kill half a city, the bad half; nuclear weapons are obsolete, since with these new ones you completely eliminate your enemy, practically without any risk, you just have to describe it”, and then a panel appears for the director of the drone swarm, where the description of the objectives is shown: age, gender, fitness, uniform, ethnicity. And he proposes: “just describe the enemy, release the swarm and rest easy”. And the end of the presentation: “A great driver moves you? No. This ability is all Artificial Intelligence.”

The AWS Lethal Organization warns that the era in which algorithms decide who lives and who dies is upon us, advises that we must act now to ban these lethal and massive weapons, as they are dangerously unpredictable in their behavior: “The interactions between Machine learning-based algorithms and a dynamic operational context make it extremely difficult to predict the behavior of these weapons in real-world environments. Also, weapon systems are unpredictable by design; they are programmed to behave unpredictably in order to stay one step ahead of enemy systems.” This was in 2017, and the proponent was artificial intelligence researcher Stuart Russell, who presented the short film Slaughterbots at a convention at the United Nations. Zachary Kallenborn, who specializes in unmanned robot-swarm systems, on May 28, 2020, warned that numerous states are developing “both drone swarm technology and autonomous weapons,” including the United States, Russia, China, Korea of the South, the United Kingdom and others.

The UN recognized, in 2020, that these autonomous lethal weapons have already been tested in Libya. Let us now do a bit of foresight, for example, with the control systems erroneously attributed to Pfizer, according to Newtral. On November 3, 2021, a patent licensed in the United States on a population identification system using electronic devices was shown as a hoax, attributing it to Pfizer for tracking vaccinated people. Newtral spoke with Gal Ehrlich, Israeli author of the patent, which is titled “Methods and systems for prioritizing treatments, vaccination, tests or activities while protecting the privacy of individuals”, and was granted on August 31, 2021. Ehrlich communicates to Newtral that its patent has no link with the Pfizer and BioNTech vaccine against Covid-19, and it is a system that, through electronic devices, allows determining which population groups are a priority when receiving a vaccine or a drug against an infectious disease based on their social interactions: “Our system is based on the idea that preventive measures (including vaccines) against an infectious disease that can be transmitted by droplets or by air would have a better epidemiological performance if they are applied first to those people who have more social interactions”, and they are controlled by bluetooth. This gives an idea of ​​what can be achieved to build a target, whether by ethnicity, social condition, economic situation, etc., if we apply Ehrlich's method. For example, if there were a system that collected the data of all the people who are vaccinated citizens, as is the case with the European vaccination passport, the drones can both go to kill those who have the passport, as well as those who do not. The population is already marked. The philosopher Max Tegmark, one of the world's wise men on Artificial Intelligence, warned against these lethal intelligent and autonomous weapons, in an interview by Alexander Armbruster in the Frankfurter Allgemeine, on November 29, 2021, Tegmark exploded: “Ban artificial weapons! lethal autonomous!” But it's too late. The target is already accounted for, the group to exterminate or “emmerder” (in Macron's delicate French expression) is already listed, by action or omission. There are the vaccinated and the unvaccinated. The weapons are highly scalable, that is, once produced and available in the arsenal, only a few pilots are enough to handle them. In the classic war with more weapons, more soldiers were needed, but this is no longer the case with the AI, because once the swarms of "Slaughterbots" are launched, they shoot themselves. You just have to approve budgets and point out from the governments whose turn it is to be “emmerdé”. And beware, it depends on who is ruling, the target can be any of the two classified groups.