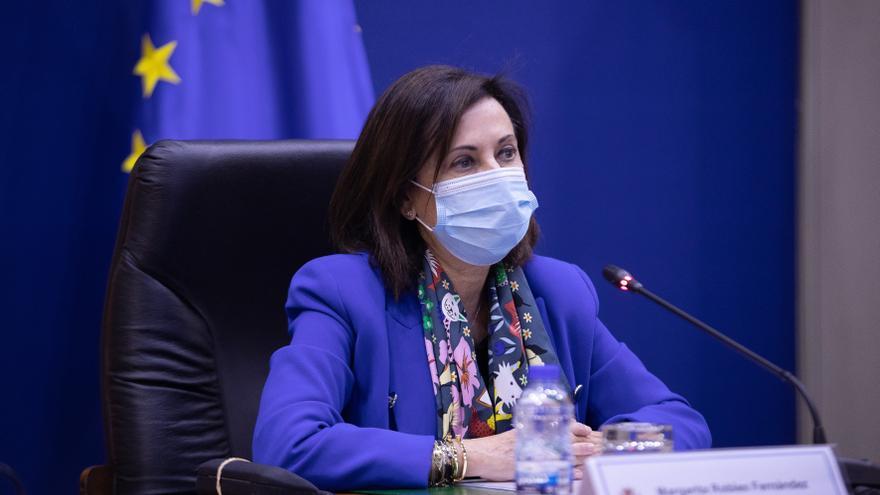 The Minister of Defense, Margarita Robles, has sent the Prosecutor of the Superior Court of Justice of Madrid the messages from several retired senior officers of the Air Force belong to a WhatsApp group in which death threats and wishes for coups are made. The head of the Defense portfolio asks the Public Ministry to investigate "its possible criminal relevance, in defense of legality."

The messages, published this Tuesday by Infolibre, collect several threats issued by some members of the XIX promotion of the General Air Academy, among them, some of the signatories of a letter addressed in November to the king in which they charged against the Government. Among the exalted military officials who signed that letter, was the retired Major General Francisco Beca, who came to assure in the WhatApp group of the promotion that "for them to die you have to shoot them and you need 26 million bullets !!! !!!!!!! ". This publication is issued after a message published by a fellow promotion, in which he states that he has "got up this morning totally convinced." "I don't want these scoundrels to lose the elections. No. I want everyone and their entire line to die. That's what I want. Is it too much to ask?"

In the letter sent by the minister to the Madrid Prosecutor's Office, Robles asks the Public Ministry to act "to safeguard the honorability and public esteem of the Armed Forces and of the men and women who comprise them, focused on the performance of the functions that establishes article 8 of the Constitution ". "Their exemplary conduct has nothing to do with demonstrations that are repugnant to the respect due in a democratic, pluralistic society based on political and ideological freedom. And their public esteem, gained by their constant dedication to their duty, to the Spanish society and, at this time, those who suffer more seriously the consequences of the pandemic, for actions that are totally alien to them and that could also merit a criminal reproach, "Defense adds in the letter addressed to the Public Ministry.

Pérez changes his team in the middle of the stabilization process

«The PP comes out to win. We are not going to be anyone's crutch or hinge »