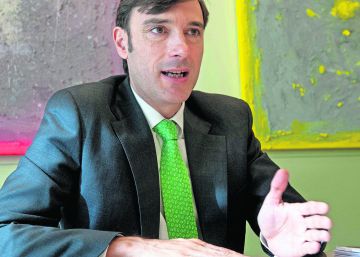 With extensive experience as head of investments and portfolio manager, Roberto Ruiz-Scholtes, strategy director of UBS in Spain, gives an optimistic vision for 2021. He believes that the Asian stock markets are going to be the winners, followed by the US and Europe, with similar returns of between 7% and 8%. A bullish script for 2021 in which the great risk is that the confidence of companies and households does not recover.

We have seen impressive drops and rises in 2020. How do you balance this year?

It has been a positive year in the financial markets except for the most cyclical sectors, those most affected by the crisis. Expansive monetary and fiscal policies have prevailed over short-term economic damage. The market has interpreted that the effect on business results is temporary, and yet we are truly in a new paradigm of monetary policy. Of course, it is also a year in which governments have recognized the greatest flexibility in their fiscal stimulus plans, such as the one approved in the US or the European recovery fund.

Have the markets already discounted the worst of the pandemic?

We expect relatively minor corrections and that the entry of institutional and retail funds to the stock exchanges will dominate to continue boosting prices. A domino effect similar to that of direct purchases by central banks in fixed income, which we expect will continue to depress spreads and risk premiums and sustain the price of bonds.

At UBS they believe that in 2021 the key will be “in the cyclical, the small and the global.”

Yes, the recovery in 2020 has been very clearly led by sectors with secular growth, especially technology, but now the increases are led by companies that benefit most from the normalization of economic activity, which not only has to do with services and tourism, but also with business investment. This typically favors small and medium-sized companies. The other big bet we have is the health sector. It has risen quite a bit, but in relative valuation it is still very attractive.

And what do they mean by global?

Global’s message is intended more for the North American investor who has been very comfortably invested only in his market, which has performed much better than the rest of the world, but now the increases are going to be more distributed. In 2021, Europe will be able to do more on par, even slightly better, than the US and the same applies to emerging markets, especially Asians.

Where else can there be opportunities for the investor?

The big positive surprise is going to be the avalanche of corporate operations: mergers, acquisitions, takeovers. There is a very clear combination of factors: very low interest rates and very favorable financing conditions, the great purchasing power of large corporations and venture capital funds, and, thirdly, we detect in our advisory areas of companies a lot of appetite to reevaluate the strategies to internationalize, simplify its structure or get out of debt. This leads us to the fact that many companies are selling divisions and others are willing to buy them, for example venture capital funds. This is going to be the great catalyst for the stock markets to have rises even higher than those that, in principle, would be expected from the mere economic recovery.

And what about fixed income?

We are facing what we call the invisible tax on conservative savings, which assumes that central banks impose interest rates clearly below inflation. This invisible tax forces them to move to issuers of lower credit quality, to longer terms or to other assets, such as real estate or stocks. So, our expectation for 2021 is that public debt will lose some money, less than 1%. In corporate bonds, the best quality ones will be in yields close to 0% in Europe, 1% in the US, and only in the poorest quality segments do we expect higher returns, of just over 2% in junk bonds. The most attractive are the emerging ones. In sovereign debt of emerging countries we expect 4%.

What macroeconomic scenario are you considering for 2021?

Clearly, a very strong re-acceleration from spring, fundamentally because we expect from that moment on a gradual normalization of mobility and a return of confidence, and it is precisely when the fiscal stimuli will be most noticeable. But the most important thing is that all our analyzes conclude that this recovery will continue in 2022, which will be the year of complete normalization, with most of the economies exceeding the level of activity prior to the crisis. We forecast growth of 7% for the Spanish economy in 2021 and 6% still in 2022, and for the euro zone as a whole, 6.2% in 2021 and still 5% in 2022.

By region, where will this recovery come first?

The important thing is that it has already reached China and its neighbors, who are at similar levels of activities or somewhat above those they had at the end of 2019. The next to reach it will be the United States, Canada and northern European countries. , which between the third and fourth quarters of 2021 will have returned to the starting point. Logically, it will be slower in southern Europe, due to our greater dependence on tourism and services, and in Latin America, where the recovery will not be complete until 2022.

Without important elections in sight and with the Brexit already agreed, what are the great risks that we can find ourselves?

Whether or not the confidence of companies and consumers is recovered. Our economic scenario, the one managed by international organizations and other analysis houses, contemplates that an important part of the savings of companies and households ends up emerging in 2021 and 2022 as mobility, employment and the economy recover, but things can happen, above all linked to the epidemic and to political tensions, which make that savings remain withheld. Then the recovery would be weaker.