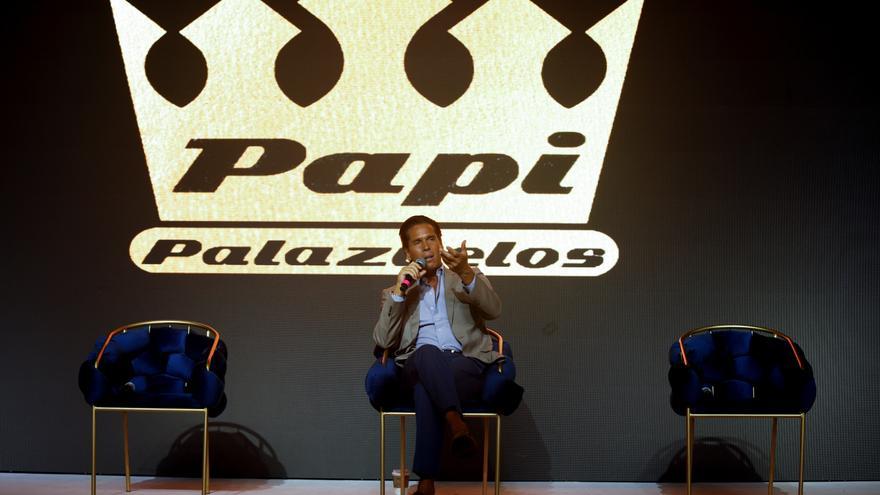 Guadalajara (Mexico), Jul 22 (EFE) .- The Mexican businessman and actor Roberto Palazuelos presented this Thursday on the Intermoda fashion platform his clothing line that collects the mischief and humor of the Mexican people around money, success and Fame.

Palazuelos assured in an interview with Efe that the phrases were collected from social networks where his figure has been the center of phrases that caricature the figure of wealthy young people known as “mirreyes.”

The figure of Palazuelos, also known as the “black diamond” has been controversial in recent years not only because he sells personalized greetings to his followers but also because he has revealed anecdotes of his friendship with the singer Luis Miguel and for having a reality show where display your life of luxury.

The businessman has been taken by users of social networks as a representative figure of the characters known as mirreyes, who are young people who come from upper-class families and who lead a life full of excesses and parties.

The Mexican assures that it is “an honor” and “a responsibility” that people take him as an example.

“I try to take care of the image to send a good message with this,” he said.

The clothing line “Papi Palazuelos Brand” was presented at Intermoda that takes place in Guadalajara (western Mexico) and concludes this Friday, in a collection focused on men, women and children that includes T-shirts, nightgowns, caps, suits of bathing suit, shorts and vests.

Phrases like “Mirrey is the shit”, “I’m a good guy”, “Not all that glitters is gold, sometimes it’s me” and “Quiérete rey” were taken from memes and social media accounts that are created by Mexicans to make fun of the lifestyle of people with high economic status.

The clothes are made in Mexico with Mexican materials and sold in an online store, although the businessman will soon open the first physical branch in the coastal city of Acapulco where he resides.

During the presentation of the brand, Palazuelos announced that soon they will expand the type of garments to include polo shirts, glasses, hats and bronzers, and in the medium term a silver line that will offer jackets, shirts and dress pants.

Intermoda is the fashion platform that takes place every six months in Guadalajara with four days of exhibition and sale, 8,000 buyers, 40,000 square meters of exhibition floor and 10 pavilions that integrate more than 600 national and international brands.