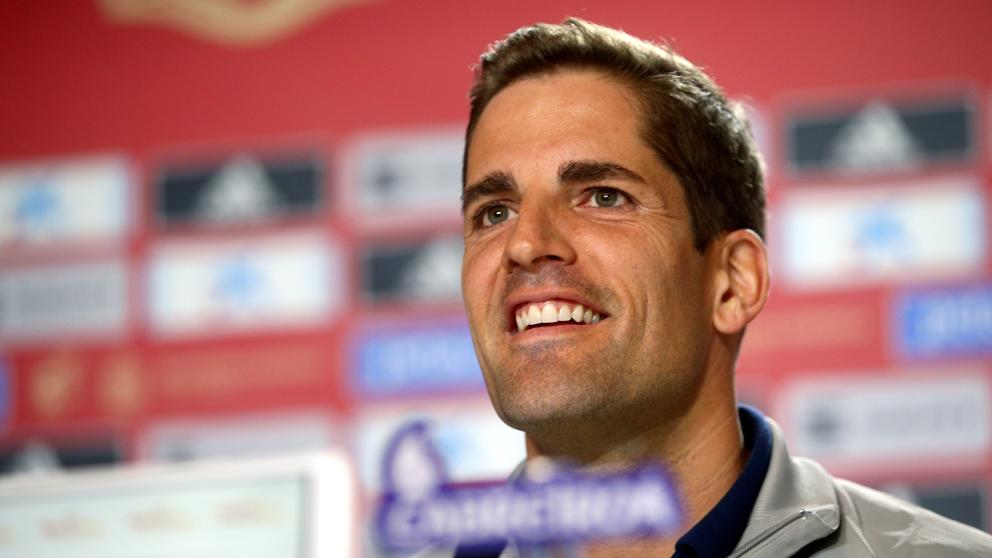 Spain seeks to win tomorrow Romania in the metropolitan to confirm being head of series in the next Eurocup, but Robert Moreno He still does not have his future assured. Against a tradition by which with Angel Villar the coach was renewed as soon as the qualification for World Cups or Eurocups was achieved, Luis Rubiales He has not promised Moreno anything, which feeds all kinds of rumors, including the return of Luis Enrique in charge All this runrún begins to weigh Robert Moreno, who this afternoon was ironic and defensive at the press conference: “I wear a ten, me and the team. My mother tells me when she sees me on TV and I agree with her because we have given everything. ”

Asked if he had not bothered or surprised that in statements in the mixed area of ​​Carranza, on Friday, Luis Rubiales had not confirmed his presence at least until the European Championship, Robert Moreno made a face of circumstances: “I was not surprised. Both Molina (the technical secretary) and Rubiales speak to my face. And it would be a very bad sign to talk to me through the press rooms. I think I have 10 (out of ten) possibilities to continue (until the European Championship). When Rubiales wants to tell me something, he tells me personally, and I respect what he says to me, but I don't take into account what he says in other forums. ”

Moreno: "I want to train here for many years"

The first questions were a monograph on the continuity of Moreno and the technician, who succeeded Luis Enrique officially after the summer, faced them in pain: “In life, all coaches discount days. Within a week, a year or eight years, I will not be. If I didn't think like that I couldn't live. The good of the selection is my good. I want to train here for many years. ”

To describe his mood Moreno commented that he was reading Black swan, an essay that is a best seller by Nassim Nicholas Taleb, in which the impact of the highly unlikely is explained. The author ensures that humans insist on investigating things already known, forgetting what we do not know, which prevents us from recognizing opportunities and makes us too vulnerable.

An excess of triumphalism

The last questions to Moreno were dedicated to the future role of the Spanish team in the Eurocup. There again saw the bruised vein of Moreno: “When I do a deep analysis of the other selections I think we can win anyone, but we can also lose with anyone. You have to be humble. It hurts a lot to think that you're going to Sweden or Norway and you're going for a walk (Spain tied both games). The world does not end if you lose or you are not world champion if you win Malta 7-0. ”

Asked if even if he doesn't have the security of following Rubiales if he feels the absolute backing of the players, Moreno smiled: “I feel totally supported by my players and the entire selection environment, unless they hide very well "

Luis Enrique in the bedroom

Federation sources have leaked these days to the media that the president of the Federation, Luis Rubiales, who has elections next year to revalidate the position, is considering restoring Luis Enrique to lead the selection, possibly in the case of having a bad role in Spain in the European Championship. Luis Enrique left the red bench when his daughter's illness worsened, which died on August 30. In some circles it is said that he is ready to retrain