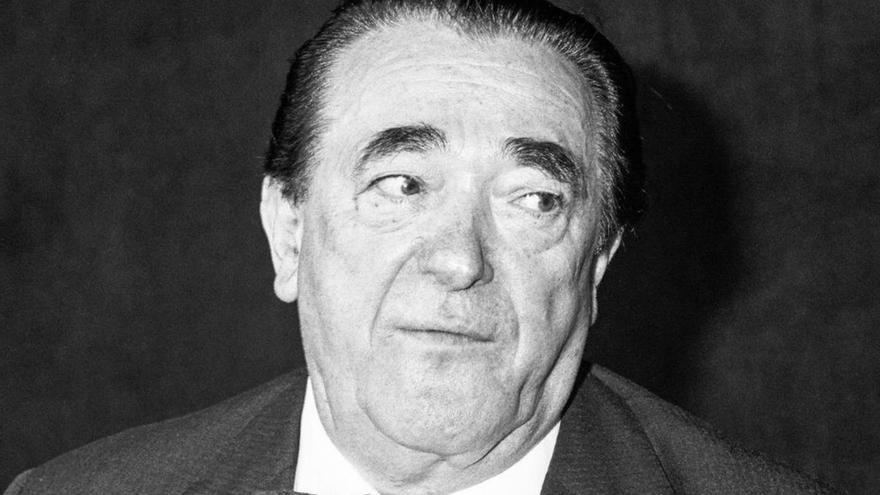 The chapters of Full: The Mystey of Robert Maxwell are assembled from his childhood traumas in Czechoslovakia – a good part of his family was annihilated by the Nazis -, the years in which he fought the Germans with the British army – the captain Maxwell was involved in the Normandy landings – and the missions he carried out in Berlin after the fall of Adolf Hitler’s troops, his fierce struggle with Rupert Murdoch to control the UK media, his enigmatic death 30 years ago in waters. Canary Islands. All this, well mixed, can be an attractive cocktail for an audience that does not yet have a broadcast platform in Spain: there are negotiations with different paid content distributors. Preston recounts the rise and destruction of the chairman and CEO of Maxwell Communications Corporation and the owner and chairman of the Mirror Group Newsparpers, the scandals that linked him to British MI5 (intelligence group) missions, arms trafficking operations and his close link with the Israeli secret services (Mosad). That John Major compared him with Citizen Kane or that his widow received messages of condolences from Margaret Thatcher, Mikhail Gorbachev, Helmut Kohl or George W. Bush is irrefutable proof of the character’s real impact on the international political scene.

His corporate “tyranny” (he even ordered the installation of hidden cameras and microphones to monitor everything that happened in the Daily Mirror newsroom) and declared war on Rupert Murdoch long before he snatched the purchase of the News of the World . Despite publicly calling him a “bloody Australian bastard,” his bitter rival also sent a message of condolences to Elisabeth Meynar, the wife and mother of Robert Maxwell’s nine children, highlighting his “remarkable” struggle as a businessman. It also refers to the fact that when the tycoon was already buried in the Jewish Cemetery of the Mount of Olives (his grave is guarded 24 hours a day) the merriment overflowed not only in the boards of directors presided over by Murdoch – The Sun For example, he led a smear campaign about his financial problems and a connection with Israel’s secret services that exploded weeks before he was found dead in Canary waters – but in his own companies. His partners did not hesitate to change the praise for all kinds of insults. “He is one of the most enigmatic characters of the twentieth century and deserves that Working Title, who knows how to do this type of work very well, dedicate a series to him”, declared Paul Preston when the negotiation was closed so that the content of Full: The Mystery of Robert Maxwell became the backbone of one of the most anticipated documentaries in the UK. In the audiovisual there are several references to Ghislaine Maxwell, the young daughter of the businessman of Czech origin and his pretty girl (the luxury yacht on which he made his last pleasure cruise was baptized as Lady Ghislaine), who has her own scandals thanks to the close relationship he had with Jeffrey Epstein, an American businessman convicted of trafficking in minors for sexual purposes before being found dead in a cell in a New York prison. Ghislaine was arrested two years ago in the United States for her connection to crimes with children and that controversy will have her own project developed by the British Channel 4 entitled Who is Ghislaine Maxwell?

Back to Ian Robert Maxwell – Ian became a reference to the name with which the owner of the Daily Mirror (Jan Ludvik Hyman Binyamin) was born when he changed his identity on British soil -, in the hours that followed the statement of his disappearance in Canarias speculated on the possibility that his death was faked, but the quick discovery of his body floating in the sea, naked and face down, some 20 miles southwest of Gran Canaria changed the script of the conspiracy theories that began to take body when the remains of Robert Maxwell had not yet reached the Forensic Anatomical Institute of the capital of Gran Canaria. Pending the results of the first autopsy, which determined that the British had died as a result of a cardiorespiratory arrest, the investigation led by the Civil Guard was open to all hypotheses: accident, murder or suicide.

Rupert Murdock, his main rival in the newsstands, and the enemies that the deceased had on the boards of his two flagship companies did the impossible because it was known that “the man who had saved the Daily Mirror from bankruptcy had made more £ 350 million from the publishing group’s accounts in the last weeks of his intense and controversial life. ‘ That movement was recorded in Preston’s book.

Nor does the documentary overlook his political stage as a Labor MP (1964-1970), although without forgetting that for many Robert Maxwell was a “false” socialist and that in reality a Conservative lived inside him. This fact is not understandable if you analyze the large amounts of money – some at the time under investigation – that he injected into the Labor Party. There are plenty of arguments to create a documentary about a controversial being, right?