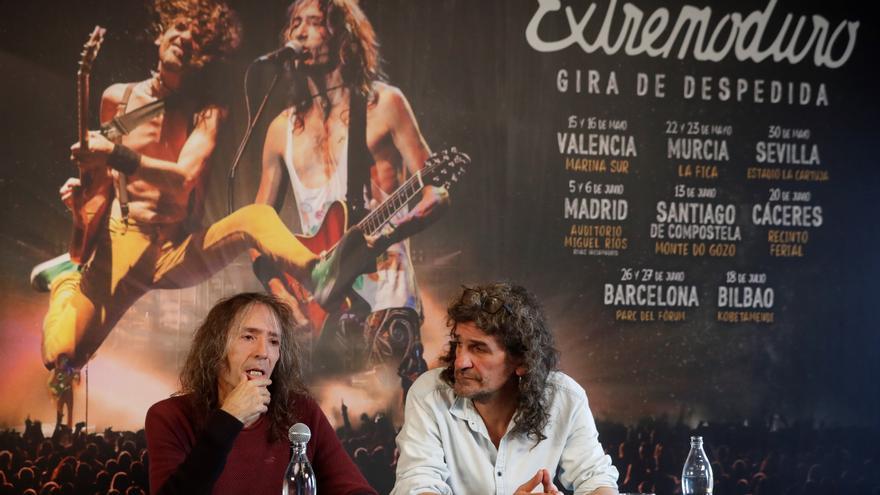 Plasencia (Cáceres), March 18 (EFE) .- The leader of the Extremoduro group, Robe Iniesta, has announced a new postponement of the band’s farewell tour, which was scheduled to land in eight Spanish cities, a decision that has been criticized by guitarist Iñaki Antón and the production company “Live Nation” for “unilateral”.

“I said we would play for the fuck, but now I’m not so sure. For now, the only sure thing is that this year it will not be possible,” Iniesta said in a statement.

Iniesta recalled that the tour has already been postponed twice, first to the fall of 2020 and then to the spring of 2021.

Thus, he stressed that “it makes no sense” to set dates for 2022 again without having the slightest certainty that it will be possible.

“There is no choice but to adapt and do other types of shows more in line with the situation we are going through. And when everything is fixed, we will reschedule the tour if it still makes any sense by then,” he said.

Regarding the tickets, Iniesta has indicated that the group trusts that the promoter, “Live Nation”, “does not put any problem” to return the full amount.

The band’s guitarist, Iñaki Antón, has been critical of the statement made public by his partner and has opted to carry out the tour as soon as the pandemic allows it.

“After reading this morning Robe’s unilateral statement, of which I had no knowledge and whose plurals do not concern me at all, I feel obliged to convey to you that my firm decision during all this time has been to make the farewell tour of Extremoduro in as much as possible and the covid allows it, “he said on his social networks.

Likewise, Antón has been in favor of offering dates “as many times as necessary and delaying it as long as necessary whenever we are forced by the health situation.”

“I will continue trying to make it so; I think we owe it to you,” he concluded.

The producer “Live Nation” has also expressed its “surprise and disbelief” and has assured that it works “intensely” to clarify the situation.

Through her profile on social networks, the promoter has shown her surprise “at the unilateral statement issued by Robe regarding Extremoduro’s firm commitments and its representation regarding the concerts scheduled for the farewell tour when it announces the publication of his album and solo concerts “.

The Placentino musician has announced that his new solo work will be released this spring.

“I have a Robe album stored in a drawer. The idea was to release it after the Extremoduro tour. That is, we should have released it in October of last year. How long are we going to keep it in storage, another year or who knows if even more? I can’t do that. I can’t keep standing indefinitely until they let us do concerts of thirty thousand people, “he added.

In this way, Iniesta has defended the need to “adapt” and make smaller concerts that comply with the regulations imposed by the covid-19.

“Things being like this, we will release the album this spring and we will start doing Robe concerts in the fall and we will continue to play for the next year,” he concluded. EFE