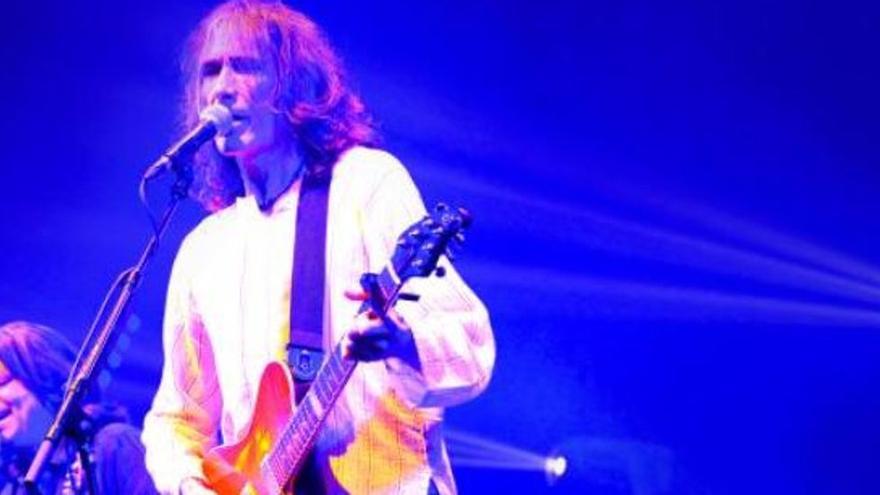 Now that it is time to be seated at the concerts, you present a very powerful album. Is this part of what you sing about “spending your life playing balls”?

(Laughs) The truth is that now I could have played that tour in theaters. It’s a shame that concerts have to be like that, but you’ll have to dance like a crazy whore (reference to another of the songs on the album) on your chair.

And between making revolutions and dancing, what is more necessary?

Both things are necessary, you have to go from one side to the other. The songs always have to make you think and move, make you doubt, which is what it is about. The only way to make revolutions is by doubting and getting excited.

Have you hesitated a lot in this pandemic?

I have tried to be informed to inform people. It has been a good idea to sell the tickets at the last minute so that everyone knows what it is going to do. You have to adapt and live in the moment. And if you don’t want to be sitting, wait for next year. But we couldn’t waste so much time, it had been two years without doing anything and we had to live.

València was going to be the first stop on Extremoduro’s return. Did you really want to get back together?

Man, you don’t do a farewell tour because you feel like playing, because then it would be like that one that was so ugly that his girlfriend didn’t leave him for not giving him a goodbye kiss. It is done to leave the group in a decent place and that everyone is happy.

Did you like this ending with communications and cross accusations between you and the promoter Live Nation?

I did not like it but I have had no choice but to explain myself and surely I will have to continue doing it. When things get so bad you have to be there to defend people’s rights and try to explain yourself.

Have the fans understood you?

I think so, but I do not know, who has not understood by now sweats me a bit. I have a very clear conscience. Now touch something else.

Let’s go to the other thing, which is the album, «Maieutica», which is full of doors, tables, windows, beds … Is singing to the house a sign of maturity?

Man, I hadn’t noticed that. It’s a bit the connection it has with ‘La ley innata’ (Extremoduro’s album from 2008). “My house has fallen since he left” (sings). You speak of everything as metaphors to give ideas, to try to move your head and your heart.

If «Mayrapeutics» is a continuation of «La ley innata», why haven’t you recorded it with Extremoduro?

Because it couldn’t be. I had it composed and as I saw that it was entering the Extremoduro roll we were trying, but the conditions were not met. That feeling was missing. This is art, it is not making a wall. You have to have a good rapport. If not, it is impossible.

“Everything that makes you smile is worth it to me.” That is said by someone who, in addition to being in love, has become sensible.

I do not know if I have made sense, but of course, if I have not done it, it will be late for me. You have to evolve because it is bad if you stay in the same place because the world does change.

Is your relationship with the world better now than it was at 20?

Uy when I was 20 … And 30 … Let’s quit … With life you have to get better. Not that it is a norm, but it is better to do it. You have to get to know yourself and know what you need. Especially if you are not fooling yourself, which is what it is all about.

Sing “I’m addicted to you now” and “I hope I die from this joyous overdose.” Is love the best drug you’ve ever tried?

Sure, without a doubt.

And the healthiest. Or not?

Or not, or not, you never know.

Yes, but you have to look out, although sometimes you feel like walking in more trivial things. But you have to get closer and know each other.

What have you seen when you have looked out?

At some times some things and in others others. But I don’t think this is the time to say them.

Do you think about the songs a lot? Are you wondering if they were too cheesy or too dirty?

He only asked me to get excited and move my head. And if it has remained in one way or another, I do not command much. There are creators who are a bit like potters: they say they want to make a jug and they get a jug. Not me, I’m like an archaeologist, I dig into a place, I find something and then I try to understand it. Although I don’t need to understand it either, if it excites me, it’s worth it.

How do you take a record that is almost a 40 minute song to a live show?

Well, throwing two balls, the first thing. But it’s really cool, you don’t feel lazy even when you rehearse it at home. You start to touch it and it comes out alone.

And how have you chosen the Extremoduro songs that you recover on this tour?

I feel like playing the most recent ones. The oldest have another roll. They are simpler, they depended on a moment and now you are somewhere else. Maybe they motivate you less. In the lyrics there are metaphors that you can take to that site, but others that I clearly can’t use anymore. I am not a singer-singer, I sing with my heart and if I don’t believe what I sing I feel ridiculous.

You who have been in this for a few years now, how do you see the health of rock in Spain?

Rock in Spain has never been a music of the majority, and neither is it now. Now the kids listen to other kinds of music, like they used to listen to pop music or disco. What has changed is the difficulty in making bands because there is no support from the record companies. You have to go easy, which is to make a base and sing on top of it. A few years ago when you took a record company you were already on, but there came a time when it was nothing.

Now the boss is his beloved Live Nation.

“Livenatium” (yells). Good grief, it will bring a tail.