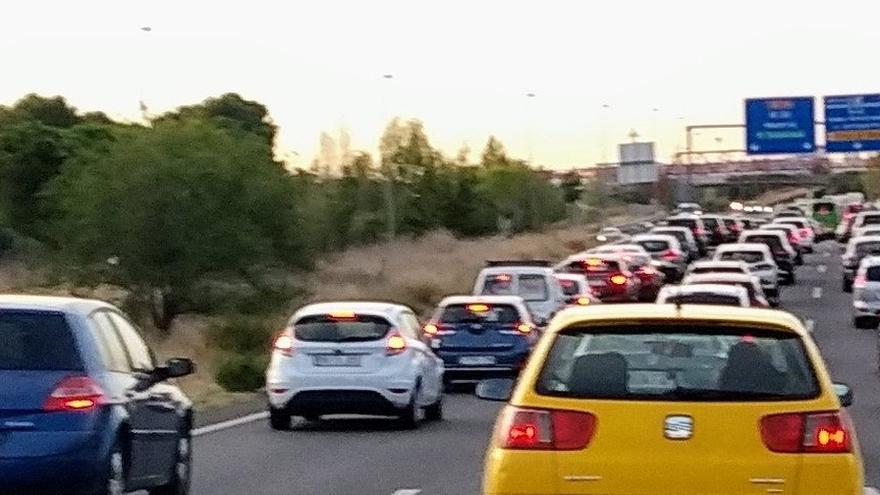 The paralysis of economic activity generated by the confinement decreed during the state of alarm lowered fatal traffic accidents by 60%, which meant that 139 fewer people lost their lives during the hundred days that the confinement lasted compared to the same period of 2019, according to data from the General Directorate of Traffic (DGT).

This unprecedented reduction was in line with the decrease in the volume of cars on the roads proportionally from “one to one while the confinement lasted. If traffic decreased by 60%, accidents also”, explains Pere Navarro, director of the DGT. “However, now, with 10% less traffic than at other times, we have had the same accidents again.”

While the prohibitions on travel between provinces and restrictive controls lasted, on holidays such as Easter or the May Bridge traffic fell by up to 86%, leaving historical figures. By province, the largest reductions in deaths in traffic accidents compared to the same period in 2019 correspond to Barcelona, ​​A Coruña, Madrid or Tarragona, where the number of accidents was halved.

The provinces of Guadalajara, Jaén, Palencia, Segovia, Valencia, Zamora, Ceuta and Melilla remain with the same number of accidents as last year without confinement. And yet, Burgos, Castellón, Ciudad Real, Cuenca, León, Rioja, Málaga, Salamanca, Seville, Soria and Zaragoza recorded a slight increase in fatal accidents on the roads.

Since the end of the state of alarm, the DGT has been warning instead of the spikes in mortality, which in just weeks increased by 22%, and of irresponsible behavior at the wheel. For example, since mid-June speeding surges have increased by 30% from those registered in February, before the coming pandemic could be glimpsed.

“Confinement may have changed driving, some people confuse freedom with running and, in addition, having fewer cars invites you to run more, almost without realizing it,” continues Navarro. There are many other factors that explain these rebounds, such as the loss of the habit of driving after three months of confinement and the desire to reach the second residence or visit loved ones, even without stopping along the way for fear of infections in concurred places. In addition to that, due to the situation of social and economic crisis, “you also take problems when we are behind the wheel” causing low concentration, explains the director of Traffic.

Ahead of the holiday period and to put precaution behind the wheel again, the DGT has just launched a campaign to prevent traffic accidents. An initiative that is not exempt from the usual criticisms that usually accompany Traffic spots. The announcement is starred by skating champion Javier Fernández, who can be seen acting on the rink at the Ice Palace in Madrid, the space converted into a morgue during the toughest stages of the COVID-19 crisis.

“This country cannot bear more deaths,” reads the advertising slogan with which the institution tries to explain that “traffic accidents are also a pandemic,” Navarro argues on the phone. “If you are pending to wash your hands, be careful not to be distracted at the wheel; if you follow the instructions of the experts, also when you take the car,” lists the person in charge of Traffic.

Despite the impossibility of predicting the number of trips in a totally atypical summer, the Interior Ministry has already announced that for the months of July and August it will deploy more than 1,300 speed control radars (78 more than last summer), 15 vans camouflaged, 12 helicopters, 216 security belt control cameras and telephone use and 11 drones.

The use of the private car compared to other transport alternatives, the reduction of international visitors but the expected increase in national tourism, as well as the outbreaks of outbreaks and partial confinement in some areas of the country suggest that this year it will not reach 91 million displacements that occurred between July and August 2019, a year that closed with the lowest death toll recorded since 2015.

According to the interior minister, Fernando Grande-Marlaska, at a press conference with Navarro, this summer “short trips, more reunion trips and more movements to large urban centers in search of leisure activities” will predominate. The phases of the Traffic operation will be reinforced coinciding with the weekends in which the greatest buzz on the roads is expected: ending July and the first days of August, in the middle and at the end of the month.