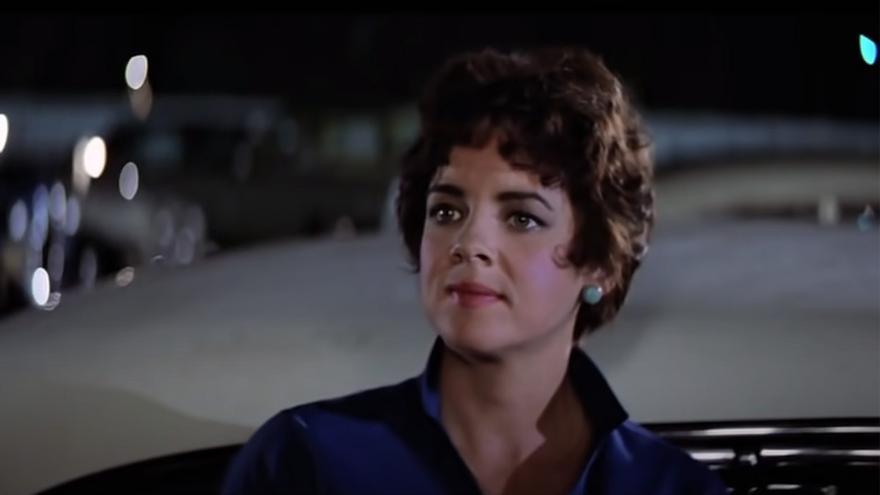 I'm from that generation that dragged her mother to the premiere of 'Grease'. Up to nine times he had to swallow the love story of Danny and Sandy while I managed to memorize each shot, each song, each dance number, each phrase of the script. In one of the scenes that includes this myth from our childhood, Marty, one of the 'Pink Ladies', surprises Rizzo by preening herself in the toilets of a drive-in movie theater. Embarrassed and nervous, the character of Stockard Channing - how we liked her role as first lady in 'The West Wing of the White House' - confesses to Marty that she has had a fault and thinks she is pregnant. With more hope than conviction, Rizzo asks his friend not to air the secret, which, however, takes less than the two of them to become public. pink ladies used to get out of the bathrooms. The gossip of the alleged pregnancy flies from car to car until it reaches Kenickie, the alleged father of the alleged child: "Rizzo got a kick drum". The 1959 version of social networks were born.

There is not a day that I look at that showcase of egos or the headlines of some internet publications in which the comment that runs vertiginously throughout the drive-in does not come to mind. Rizzo got a kick out of it. By the time it is revealed to the viewer at the end of the film that Rizzo's fears were unfounded, the rumor has already spread throughout Rydell, including swearing comments from the rest of the students and the Puritan thrashing of the whole institute. True or not, poor Rizzo is already flagged and rumor turns Stockard Channing's character into "that kind of girl."

Fortunately for journalism, the newspapers have abandoned the clumsy custom of publishing innocent on December 28. That was redundant, because several times a year it is not extraordinary to screw up some information: a badly contrasted news, a source with little knowledge or little solvency, the haste of the unsuspecting editor for something so reviled that reality does not spoil you a good headline. A journalist has a bad afternoon as does a doctor or a lawyer in the turn of conclusions of a trial. In addition, if readers still believe in something, it is in the newspapers of a lifetime. With that said, believe me there is no evil in error. Social media has done nothing more than empower the traditional press, who mixes his news in the timeline with the lies of idle Internet users, in the same way that in the past they lied in the bar despite the fact that the newspaper was on the bar and the hoax was easily verifiable just by opening the newspaper.

On Twitter, which as in any landfill -this news- items of value are also sometimes found (the traditional media), they have taken it these days with Nacho Duato for some unfortunate demonstrations that, no one knows how or why, have returned to the limelight despite the choreographer pronouncing them in April 2019. Duato released a monumental nonsense: "The right-wing politician is more cultured because almost all of them come from well-off families ". We will still see Arias Navarro become trending topic with that of "Spaniards, Franco has died" because that day some did not see the first channel.

In the same week as Nacho Duato's anachronism, the account of the Barcelona's town hall recalled "the execution" of the former president of the Generalitat Francesc Macià, here in the community manager municipal confused with Lluís Companys. Poor Macià was taken away by appendicitis and not the bullets. The subconscious also gets a hype from time to time.

Nor was the great Antonio Resines. Admitted to intensive care due to covid, Someone decided to spread that he already had three doses of the vaccine -which increased the sensational character of the news- and several serious newspapers bite without contrasting it. A bad afternoon in the newsroom, I imagine straightened out by a boiling editor-in-chief.

If we have learned anything from this pandemic, it is that after the covid and its health and economic consequences, the false or untimely information. This article is nothing more than an unsuccessful plea in favor of the quality information that you will only find in traditional media. By the way, Stockard Channing, the actress who played Rizzo in 'Grease', got married four times. Whatever things are, he never had children.

Tags: done, drum, rizzo, they have, you