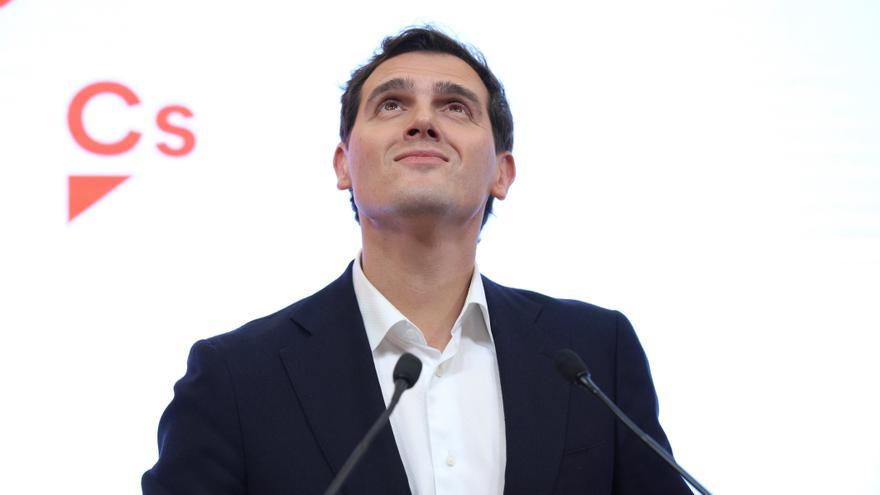 It is a portrait of Albert Rivera and Ciudadanos as a party seen from within. Salvados analyzes this Sunday the rise and fall of the party that could be everything and that in a short time has been placed on the edge of the abyss, with serious risk of disappearance. The all-powerful founder, who rejected the invitation of the journalist Gonzo, does not participate in the program, but they do parade in front of the cameras ex-leaders who represented the two great families of the formation: the Liberals and the Social Democrats. Both sectors provide different versions of what happened in recent years -as La Sexta has been advancing on Twitter-, especially about the possibility that Rivera had to close a government pact with Pedro Sánchez after the elections of April 28, 2019, when Ciudadanos garnered 57 deputies and the PSOE 123, a sum that far exceeded the absolute majority. Rivera, according to some of his former colleagues in the ranks, resoundingly refused that pact and the possibility of being vice president of the Government due to the ambition to become president of Spain and to achieve the long-awaited surprise to the PP.

“Rivera was in a hurry, he had been about to be president in his head and then he made, probably, the most serious mistake that a politician has ever made since the Transition,” says the former Secretary of Programs of the Rivera Executive, Toni Roldán , to explain why the party in his opinion is today as it is. Roldán recalls that at that time and under these circumstances, the PSOE leaders “called us all” to try to close that agreement, but Rivera disappeared. Begoña Villacís, Juan Carlos Girauta or Marcos de Quinto, on the contrary, assure that it was Sánchez who did not want to and maintain that he did not take “any step” and that there was “no offer” in that sense from the socialist leader.

For his part, the Minister of Development and leader of the PSOE, José Luis Ábalos, also gives his version and answers with a resounding, “yes, of course”, when Gonzo asks him if “at some point they thought of Rivera to set up a government “after those elections. Ábalos believes that the Citizen leader was not interested in it because “the entire Rivera project was limited to wanting to be president. Everything else did not matter.” Something that Toni Roldán confirms and qualifies as an absurd obsession. “I did not get into politics so that Albert Rivera was president of the Government. If you want to stay out of the Government and be an idiot, you do it,” he later sentenced.

That non-consummated possibility of a pact with the Socialists had another chapter: the inexplicable and commented disappearance of Rivera during that summer, key to the party. At that time, the report merges with the images of the former Citizen leader leaving the hospital where he was admitted for acute gastroenteritis, in the first official public appearance he made with his partner, Malú. On that disappearance, Garicano laments: “It is the most important summer in our history and nothing happened. It was all very strange.” Then he confesses that he “had no idea where he was,” while Villacís assures that she did. “I talked to Albert constantly.” De Quinto, understandingly, thinks that “there was tremendous media pressure” on the leader. Despite everything, Ciudadanos touches its ceiling in those general elections and removes 57 deputies. The businessman assures that he and Rivera merged that night in an embrace. “We were very happy, we had stayed almost one point from the Popular Party,” he boasts. Just seven months later, those hugs of joy turned into others of sadness due to the shocking defeat they suffered.

The program also reviews the fateful photo of Colón that two months after those decisive elections – in February 2019 – placed Rivera on the same stage with Pablo Casado and the leader of the extreme right, Santiago Abascal. The snapshot marked a milestone for the game. Toni Roldán confesses that he was “tremendously uncomfortable” by that photo and also “with the tolerance that had [en Ciudadanos] with Vox’s postures. “However, Girauta bluntly says that he had no qualms about going up on that stage and replies to Gonzo that” of course he would get on again. “Garicano, for his part, says that he then sent him a message to Rivera warning him that they had just “given the center to Sánchez as a gift.”

Salvados investigates the origins of Ciudadanos, in that electoral photo of Rivera naked and the warm reception that some circles of power gave him at a time when citizen outrage was being capitalized by a new party called Podemos. Among the testimonies of these former leaders there are allusions to the gossip that the Ibex was behind the ‘orange’ party. Villacís ironizes and assures that Rivera himself “said that if the Ibex wanted to govern that it should stand in the elections.” Garicano directly describes it as “an absurd and conspiracy theory.”

The deputy mayor of Madrid recalls what it cost them to achieve success: “We were a party that did not exist as a political space and in a few years we became 57 [diputados]”, she says with pride, and adds that even then she knew that” there were many parties that wanted to kill Albert Rivera. “Girauta ruled that” the history of Ciudadanos is the history of Albert Rivera. “” Without Rivera, there are no Ciudadanos. ” For the MEP and economic guru of the party, Luis Garicano, Rivera symbolizes “the flight of Icarus, who does not fly very high, very high and when he reaches so high his wings melt and he falls.”

The report also goes back to the motion of censure that Pedro Sánchez presented to Mariano Rajoy in 2018 and that managed to elevate Moncloa. Toni Roldán and Luis Garicano acknowledge that their presentation caught them “completely out of the game”, and left the leader “out of place”, but Villacís once again contradicted them and affirmed that “we knew it was going to happen”. The former PP parliamentary spokesman, Rafael Hernando, also gives his opinion here: “If you place yourself in the center of the road there is a moment when those who go or those who come run over you,” he says.

The parliamentary exporter of Ciudadanos, Juan Carlos Girauta, and that of the PP, Rafael Hernando, tell details of how they lived in first person the negotiations between their parties to close that investiture agreement between the two formations and about the relations between Rajoy and Rivera. “It was a very correct relationship, between two educated people but there was a very big generational leap,” says Girauta. Both report that there was a dinner in Moncloa for both negotiating delegations to celebrate the closing of that agreement. At the event, according to Girauta, neither Rajoy nor Rivera “caught the jokes” that were thrown at each other, which showed that “there was a sidereal distance” between them. Despite everything, Hernando remembers that dinner as “entertaining and fun” and reveals that they agreed to celebrate another “that never happened.”

Salvados recounts some ins and outs of the tremendous defeat suffered by the party on November 11, 2019, a few months after the sweet victory of April 28. Rivera’s campaign left the parliamentary group in ten seats and the leader resigned. Girauta acknowledges that it was “a political catastrophe” and adds that Ciudadanos “already died” with him. For Garicano “it was the end of an era.” “A very hard blow,” Villacís sentenced. Toni Roldán admits that he thought: “Look what you’ve achieved Albert.” “It was a deserved punishment”, sentence.