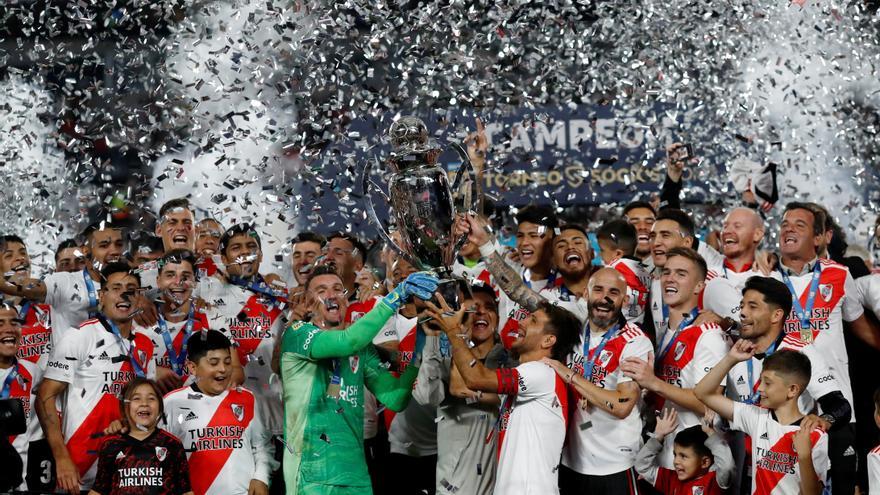 River Plate won 4-0 against Racing and was crowned champion of the tournament Argentinian for the thirty-seventh time in its history before a Monumental stadium full of fans who had a great night of festivities and celebration.

With goals from Agustín Palavecino, Julián Álvarez and Braian Romero – who scored a double-, River prevailed with authority in the classic and managed to conquer the local contest when there are still three days left to conclude it, since it took twelve points ahead of its most immediate pursuers: Defense and Justice and Workshops of Córdoba. In this way Marcelo Gallardo achieved his first local tournament title as a coach, one of the few pending accounts of this era that began on May 30, 2014 and that had already added twelve trophies to the ‘Millionaire’ showcases: 2 Cups Libertadores (2015 and 2018), 1 South American Cup (2014), 3 South American Recopas (2015, 2016 and 2019), 1 Suruga Bank Cup (2015), 3 Argentine Cups (2016, 2017 and 2019) and 2 Argentine Super Cups (2017 and 2019).

With 16 wins, four draws and two losses, River crowns this year with a new celebration in the first match as a venue with unrestricted capacity due to the coronavirus pandemic and that enabled just over 70 thousand supporters in the stands. The local tournament became River’s priority for this season after its elimination in the quarterfinals of the Copa Libertadores against Atlético Mineiro and the defeat in the second round of the Argentine Cup by penalties against Boca.

In a semester marked by injuries, Marcelo Gallardo had as his main weapon for this title the scoring irruption of the youthful Julián Álvarez, author of 17 goals that put him in the showcase for the European market.

After this coronation, River will seek to add as many points as possible in a special year for the club because it will have elections in December to search for the successor to President Rodolfo D’Onofrio. However, the main focus will be on the decision you can make Gallardo, whose contract is ending with the ‘millionaire’ club, although there are high expectations for it to continue in 2022 in search of new challenges.

However, before the end of this year, River will be able to add another title because on December 18 it will face Colón (winner of the Professional League Cup in the first semester) in the second edition of the Champions Trophy, which will have as stage the Mother of the Cities stadium in Santiago del Estero. Likewise, this trophy of the local tournament classifies him to play in the first months of next year the Argentine Super Cup against the champion of the Argentine Cup that Boca Juniors will play against the winner of the semifinal between Talleres de Córdoba and Godoy Cruz.