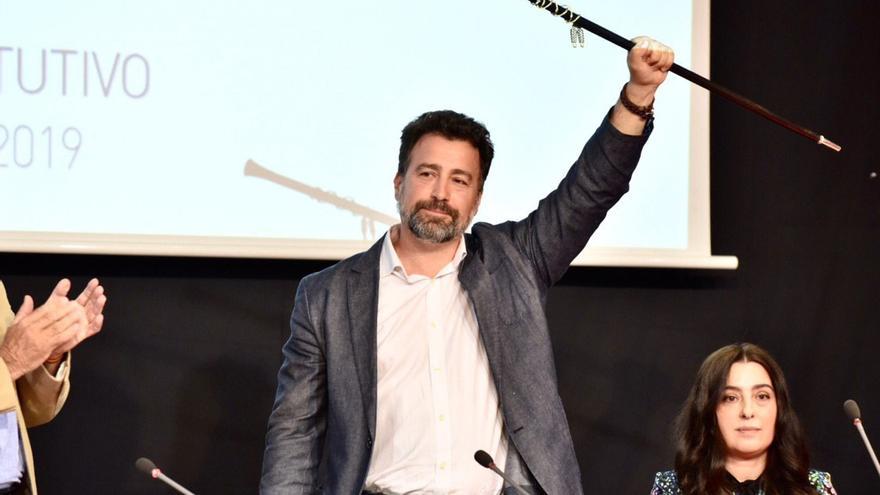 Can a midsize city council on its own, with its limited municipal legal and technical services, trump an entire legion of lawyers from the nation’s most renowned law firms? Yes, it can. And twice. Rivas-Vaciamadrid, a municipality in the southeast of the region, already beat the big banks in 2018 and managed to get the Supreme Court to recognize that the mortgage tax had to be paid by financial companies, not customers, after a tough legal battle. Up to three judges agreed with him. The High Court, in an unprecedented decision, later amended itself and reversed its own doctrine to return to pass on the tribute to consumers. That caused a deep legitimacy crisis in the Supreme Court and a national scandal, but it had no turning back.

Three years later, the bank suffers a setback against this municipality again -governed uninterruptedly by the left since 1977- through the insurance companies, in a confrontation that began in 2012 and that, nine years later, has ended again with the Supreme Court agreeing with the legal services of Rivas. The case is simple: home insurance policies, required to get a mortgage, include firefighting coverage for which companies charge, but do not actually lend. This service is offered by public administrations, in this case municipalities. In the case of Rivas, as in so many others, the municipality pays a fee to the Community of Madrid, which provides the human and material resources. So the technicians developed an ordinance to pass part of the cost to the insurers through a fee.

The idea arose in 2012. It was raised by the then councilor for the Treasury, Ana Reboiro, councilor for the IU in the government that then presided over the mayor, Pedro del Cura (IU). In September of that year, the municipal plenary session, where Izquierda Unida had an absolute majority, approved the ordinance. As the head of the municipal legal service, Silvia Gómez, recalls in conversation with elDiario.es, “no allegations are presented during the public exposition process. No one complains. The ordinance is approved and published in December.”

“They did not see it or were not aware of it,” says Gómez. But they must have been when the payment requests began to rotate. “The problem arises when applying it, when the Treasury technicians tell the insurers that they have to pay the rate is when they resort,” he recalls. And the resources arrived. First, by administrative means. Later, in court.

One of the plaintiffs was SegurCaixa Adeslas. Another, PlusUltra. Also Mapfre. And Generali. Thus, up to 40 insurers against the head of the Rivas legal service, who took the initial case in 2013, and a couple of colleagues who joined the team when things got complicated. But the municipal finance technicians, also civil servants, did their job very well. Both the ordinance and the financial report that accompanied it passed all judicial filters. In 2014, the Superior Court of Justice agreed with Rivas and dismissed the first of the appeals.

“Then everything was filmed,” Gómez recalls. But if the insurers have something, it is time. And money. In 2015, the Government of Mariano Rajoy modified the criteria for access to appeals of the contentious-administrative channel in the Supreme Court. So the companies started the entire judicial process again, with the hope that the Supreme Court would reverse the previous sentences. If it happened in 2018, why not now?

In Rivas they did not have all of them with them. The mortgage tax precedent weighed heavily. Despite having 15 sentences in the Superior of Madrid and that of more than 40 lawsuits, they only lost a couple, there was fear. Silvia Gómez was one of those who trusted: “The Supreme Court had a difficult time turning around. But it took them a long time to resolve the appeal.”

And they won them. Now, insurance companies pay approximately 30% of the canon that Rivas pays to the Community of Madrid for the fire service. Savings that have a direct impact on municipal coffers.

How much money is it? It is not so much if you look at it individually. Companies must pay four million euros that they owe to the City Council. And pay for this year, about a million more. The impact is not in the Rivas rate, but in all the Spanish municipalities with more than 20,000 inhabitants that, by law, must provide a fire extinguishing service and that, as is the case with almost all, consortium with a provincial entity or autonomic.

And those city councils could copy Rivas. “If they are interested and willing, they can do it,” says Gómez. In Madrid, Torrejón de Ardoz and Alcalá de Henares were already interested in the ordinance in 2015, to implement it in their own municipalities. But it could go to more. “The ordinance is available to everyone,” says the mayor, Pedro del Cura, who highlights his triumph as a “success of municipalism” that should serve others.

“We only told the companies that they had to collaborate, that they could not continue to earn money for a service they did not provide,” recalls the councilor, from IU. “These great patriotic companies try to do everything possible to avoid paying taxes. We have won in the Supreme Court and a group took us to the Supreme Court, and it backfired,” he congratulates himself, although he regrets that “some powerful people believe that in the Supreme always play at home. “

Del Cura maintains that since 2015 there has been a coordinated action against Rivas. “They declared in absentia, they did not pay and they bombed us,” he recalls, when they simply regulated “an ordinance so that they would pay a fee because the companies charge the neighbors an extinction service provided by the city council.” “It is a shame that you charge that to the citizen, with increasingly abusive clauses,” he adds.

As in the case of the mortgage tax, the objective was “to defend the rights of the people,” says the mayor.

Del Cura highlights the work of his team. “A couple of technicians against the best law firms. It has been quite epic, but it all comes down to the technical expertise in making the ordinance and the services of defending the general interest,” he says. The mayor, in whose government the entire left converges, from the PSOE to Podemos y Más Madrid, trusts that this time it will not happen like in 2018 and the Supreme Court will not revolt against itself.

That case is still pending final resolution in the Strasbourg Court because, although the Rivas lawsuit did not affect the review of its doctrine, the Supreme Court did prevent hundreds of thousands of mortgaged Spanish people from benefiting.

What has not taken place in this case is a personal attack against the mayor or his councilors. In the past it has happened: the councilor remembers how he had to face a false complaint on account of a conflict over public housing, with the vulture fund Ortiz, who tried, he says, “to blackmail” in court. Del Cura demanded the support of his entire government team. He got it. They won. And to something else.