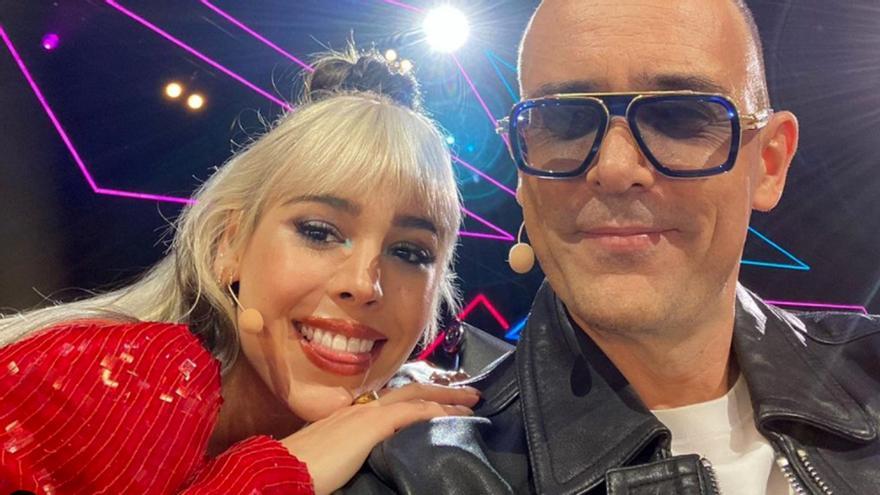 ‘Top Star: how much is your voice worth?’ starts his recordings in Telecinco. The new talent show from Fremantle, producer responsible for ‘Got talent’ and ‘Mask Singer’, will feature a well-known trio of judges who will assess the contestants’ performances: Risto Mejide, Danna Paola e Isabel Pantoja, who returns to work after a time away from the media.

Coinciding with the start of the recordings, Risto has shared some photographs in which he can be seen with the artists. “I present to you my two new co-workers. Both lovely“wrote the presenter of ‘Everything is a lie.’ In the images in question there are also some elements of the set of ‘Top Star’, in which blue and purple tones predominate.

One of the aspects that is generating the most expectation of the format is the reappearance of Isabel Pantoja on a television set after the controversy with her son, Kiko Rivera. The tonadillera thus embarks on a new adventure as a member of the jury of a talent show after passing through ‘Idol Kids’.

This is’ Top Star

All contestants will be professional, anonymous or well-known singers, but only one of them will become the ‘Top Star’ of each delivery. It will be the most voted by the public among the three participants who meet these two conditions: on the one hand, that at least one of the three ‘patrons’ has opted for him or her in the ‘bids’ that will be held after each performance; and, on the other hand, having received the majority support of the public.

The singer who stands as the winner of each delivery will win apReward in cash for the amount that they have offered for him and the option to participate in a grand final gala to select the first ‘Top Star’ in Spain.

Experience and intuition to perceive if an artist meets those nuances that make him special and give him the ability to move the public; and confidence and determination to bet hard on talent, will be the main skills that the three mentors will have to demonstrate in each delivery of the contest to successfully bid for the best singer.