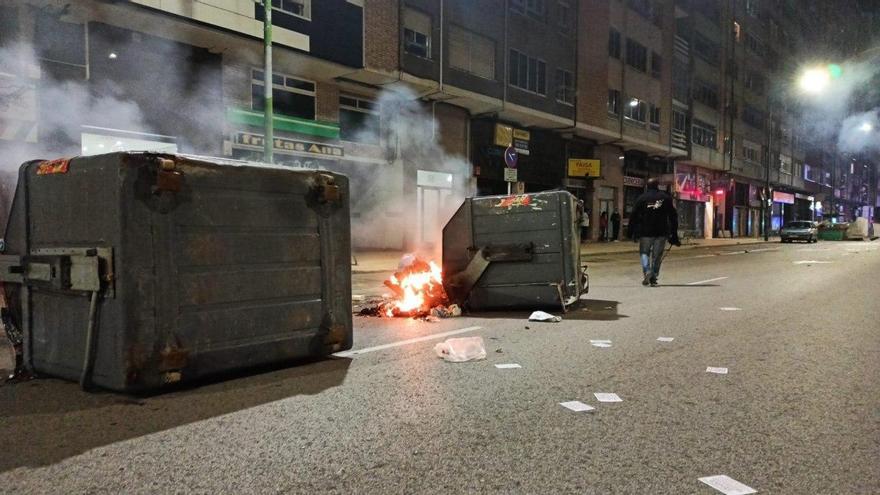 Dozens of people have participated tonight in a protest in the Gamonal neighborhood of Burgos against the measures to control the spread of COVID-19 in Castilla y León, which has led to riots. The incidents have taken place at the end of Vitoria Street, where protesters have burned containers and thrown stones at the Police, who have had to request reinforcements.

In one of the videos posted on social networks by residents of the city, several Local and National Police patrol cars are seen fleeing from a score of protesters who were advancing against the vehicles throwing stones.

Right now, the Police are organizing to intervene. In 2014 there were already major protests against the remodeling of the area, after the municipal government of the PP wanted to impose a boulevard with an underground parking lot on the same road where the altercations are now taking place.

On his Twitter account, the vice president of the Junta de Castilla y León, Francisco Igea, lamented the riots: “What is happening tonight in Burgos brings nothing but pain and destruction. Anger will not get us out of here. All our support and backing for the security forces, “he assured in a message.

Minutes later, the President of the Board, Alfonso Fernández Mañueco has joined Igea and has condemned the violent episodes that “besides being reprehensible, do not help to fight against the common enemy that is the virus.”

What happened in the Gamonal neighborhood this Friday night is not an isolated event. In the last hours, there have also been riots in Barcelona, where the Mossos d’Esquadra have detained five people during the altercations that began this Friday afternoon after a rally against the restrictions. In Euskadi, a similar march also ended with riots this Thursday in which six people were arrested.

The cumulative incidence in the last 14 days of COVID-19 cases per 100,000 inhabitants exceeds 1,000 cases. The city was confined to the perimeter on October 20 due to bad epidemiological data