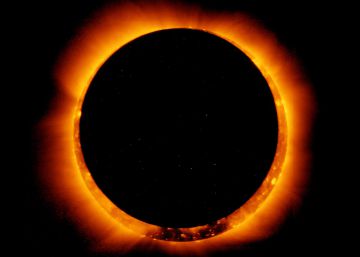 Well, no, has not started a new decade, as much as some media insist on it: 2020 is the last year of the second decade of the 21st century, which, incidentally, began on January 1, 2001. In the case of the decades, confusion has much to see the widespread custom of naming them by the tens figures, as in the well-known expression “the happy twenties”, which seems to include all the years that have a 2 in that place, from 1920 to 1929 both inclusive.

Since the decade is not an official temporary unit of measure (we do not say that we are in the CCII decade AD), this confusion It is unimportant, and it is even lawful to call any period of ten years a decade, for example, from the end of World War II in the mid-1950s (although in this case it is more correct to use the term “decade”). But in the case of centuries the error is inadmissible, and it is hard to believe that it still persists.

One of those present is asked to write a three-digit number on a paper and then pass the paper to another person, who must then repeat the same three figures. A third person is asked to divide the resulting six-digit number by 11, and the quotient will be divided by 13 by a fourth person, and the result will be divided by 17 by a fifth, which will pass the final result to matemago, which will guess the initial number (which is none other than the last quotient). Repeating the three figures is equivalent to multiplying the number by 1001, and as it is then divided by 1001, the initial number is obtained again.

As an example of media absenteeism over the decades, the recent eclipse solar of last December 26 was repeatedly announced as “the last eclipse of the decade”, a title that actually corresponds to that which will occur on December 14, 2020.

What maximum width could a fire ring have?

That of December 26 was, by the way, an annular eclipse, named for the spectacular “ring of fire” that is seen around the lunar disk when its center coincides with that of the solar disk. Why is this ring seen in some eclipses and not in others? What maximum width could a fire ring have?

Carlo Frabetti He is a writer and mathematician, a member of the New York Academy of Sciences. He has published more than 50 popular science works for adults, children and young people, including Damn physics, damn math or The big game. He was a screenwriter of The Cristal ball