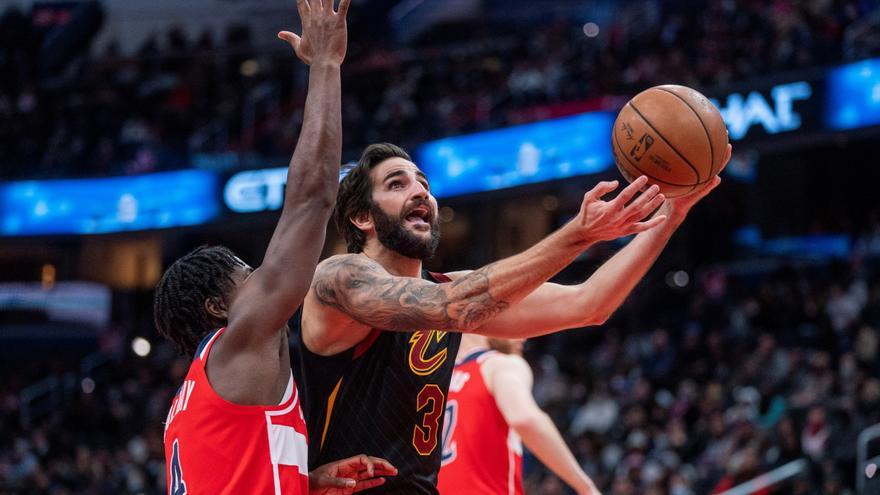 Ricky Rubio stressed this Sunday that his goal in the Cleveland Cavaliers is enjoy your role in this team and today without thinking about possible transfers or future plans.

“Thinking about where I’m going to play next year takes me out of the present, which is to enjoy what I’m doing now, “he told the media after the Cavaliers’ loss to the Utah Jazz (108-109).

“And it is not a cliché but a lifestyle. We always think about what is in the future, but I am playing in a team that seemed that it was not in the pools to be in the playoffs and we now have a positive win-loss record“, argument.

Become one of the fashionable teams in the NBA, the Cavaliers caressed a heroic comeback on Sunday but fell by the hair to the Jazz after four consecutive victories.

Rubio was crucial in the Cavaliers’ recovery in the last quarter and shone with 15 points (6 of 11 shooting), 4 rebounds, 2 assists, a steal and a block in 31 minutes off the bench.

Those from Cleveland (13-11) have a squad full of young talent, but they have surprised at the beginning of this season for being a very well worked team, competitive and capable of winning on any court.

New to Cleveland this season, Rubio stressed that, in games like today, the Cavaliers have played some very good basketball and “very nice to see”.

The Spaniard said he has been “so many times in rumors” of the transfer market that, until something really happens, he does not believe it or dedicate time to it.

Why not enjoy this and when the time comes we will decide? He wondered.

Rubio was very satisfied with his role as “sixth man with a lot of weight” within the Cavaliers and be able to act as teacher of Darius Garland, who today dazzled with 31 points and that he had a triple final to have given the victory to the local team.

“Everyone has their role and we have all accepted it. Mine is a little different from what I was used to in my NBA career, but I am very comfortable and very happy “he noted before arguing that Garland is All-Star.

On the other hand, the base talked about Marc Gasol, who has just started his career in the LEB Oro -second division of Spain- as a player with Girona Basket, the team of which the pivot is also its president.

“I am very happy to see you happy as a person (…) Seeing a friend happy is what you want “He pointed out when emphasizing the importance that this project is based on the loving relationship that exists between Gasol and the city of Girona.

Compliments from his former coach

Rubio met again this Sunday with the Utah Jazz, the team you played for from 2017 to 2019, and his former coach, Quin Snyder, spared no compliments for the Spaniard as an ideal veteran to guide a rising team.

“With Ricky you can know how he is as a person just by seeing how he plays”, the Jazz coach said before the game.

“Particularly with a young team and talented guys who are improving and learning their leadership skills, Ricky is unique,” he added.

Snyder claimed that both Rubio and Kevin Love, another prominent Cavaliers veteran, “they are proud and enjoy to give opportunities to his teammates. ”

After the meeting, Rubio said that has “a nice memory” of his time in Utah, where he shared a dressing room with players who are still there like Donovan Mitchell or Rudy Gobert.

“With that team I have a lot of relationship and I have many friends. They treated me very well and I had a great time those two years that I was there, “he said.