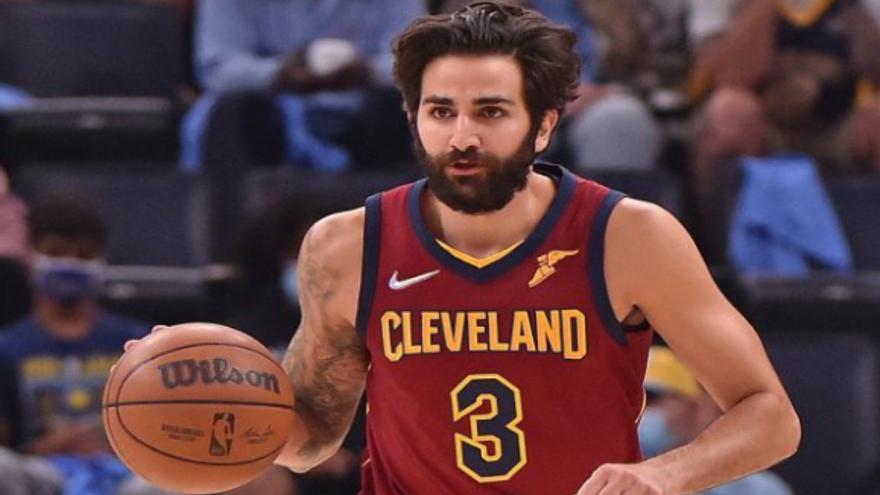 Ricky Rubio and the Cleveland Cavaliers This Wednesday they showed their support and solidarity to those affected by the eruption of Cumbre Vieja volcano on the island of La Palma with a post on social media.

Along with that message, the Cleveland franchise published a photograph of Ricky Rubio wearing a shirt with the same message and in which he also the silhouette of the island of La Palma appeared with a heart on it.

All with La Palma ❤️ pic.twitter.com/gS110QZKSG

In its first two hours, the Cavaliers' Twitter message accumulated more than 1,800 retweets and exceeded 7,400 "likes".

The Cumbre Vieja eruption on La Palma began on September 19 and continues to be active on this island belonging to the Canary Islands.

Apart from his great sports career in the NBA, Rubio has stood out for his solidarity work off the courts.

Thus, the point guard received the NBA Cares Community Assist Award in November for his efforts and social action, through The Ricky Rubio Foundation, to support and help families with cancer patients.

Rubio, 31, experienced the drama of cancer closely as his mother was diagnosed with the disease in 2012 and passed away four years later.

On a purely sporting level, the Spanish player is experiencing a sweet moment in his first season with the Cavaliers, which is one of the fashionable teams this season in the NBA.

Despite being a franchise with many young talents, The Cavaliers have established themselves as a fiercely competitive team, very well worked and capable of winning on any track..

Guided by Rubio's seniority and good work, Cleveland's are now eighth in the Eastern Conference with a record of 13 wins and 12 losses.