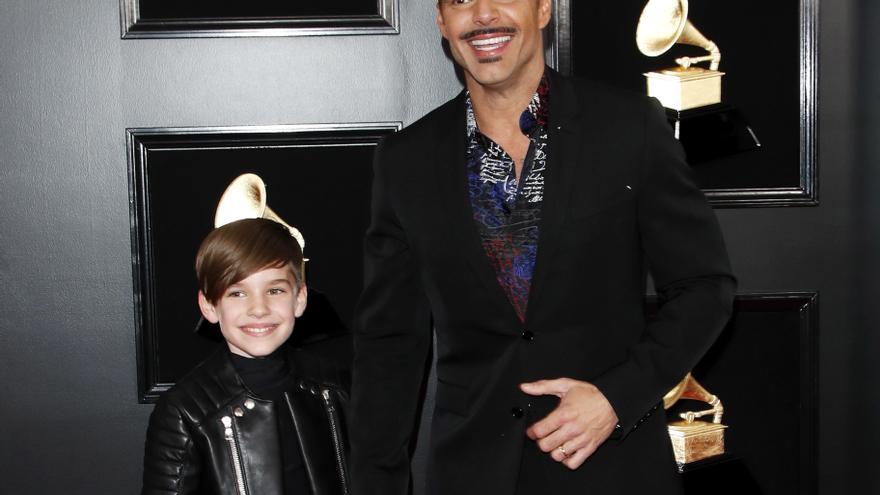 San Juan, Mar 14 (EFE) .- The Puerto Rican singer Ricky Martín focused during the covid-19 pandemic on being a good father and ensuring that his children did not feel the anxiety that he was suffering from the global health crisis.

In an interview with the American magazine “People”, published this Sunday, he revealed that his family “was very well and I was monitoring my children all the time, just to make sure they did not feel the anxiety that I was feeling, to be honest”.

Despite such anxiety, Martin indicated that despite being “really anxious”, the creation of his album “Pausa” became his “best medicine.”

Along with “YHLQMDLG”, by Bad Bunny; “Por Primera Vez”, by Camilo; “Table for Two”, by Kany Garcia; and “3:33” by Debi Nova, “Pausa” competes this Sunday for the award in the category of Best Latin Pop Album at the Grammy Awards.

In turn, the singer indicates that at the beginning of the pandemic he had the support of his mother, who had been visiting Los Angeles, and, finally, he stayed when the situation due to covid-19 worsened throughout the United States, to help care for her children with husband Jwan Yosef, twins Matteo and Valentino, 12, Lucia, 2, and Renn, 17, as she focused on her album.

“They were very happy to be with their grandparents because fortunately my mother was with us for the first four months of the pandemic,” he said.

“She came to visit us in Los Angeles and I told her: ‘Mom, you are not going to go on another plane to go home. I’m sorry. You will stay with us,'” he stressed.

“It was great that she was with us,” he adds.

“While everyone was going crazy, I decided to finish my album and it helped a lot that she was there,” he told “People.”

In turn, she explained that her husband took the photos for the album “Pausa” and her children helped to choose them.

Finally, she revealed that for the past few months she has been living at her home in Puerto Rico, where her children have been able to spend even more time with their grandmother.

“I cannot complain. This (Puerto Rico) is beautiful. I am with my family. I have been here for quite some time after doing the quarantine and all the tests for everyone (…) I am very happy to be here,” he concluded.

Tags: anxiety, do not, during, I try, Martin, pandemic, Ricky, sons, would feel