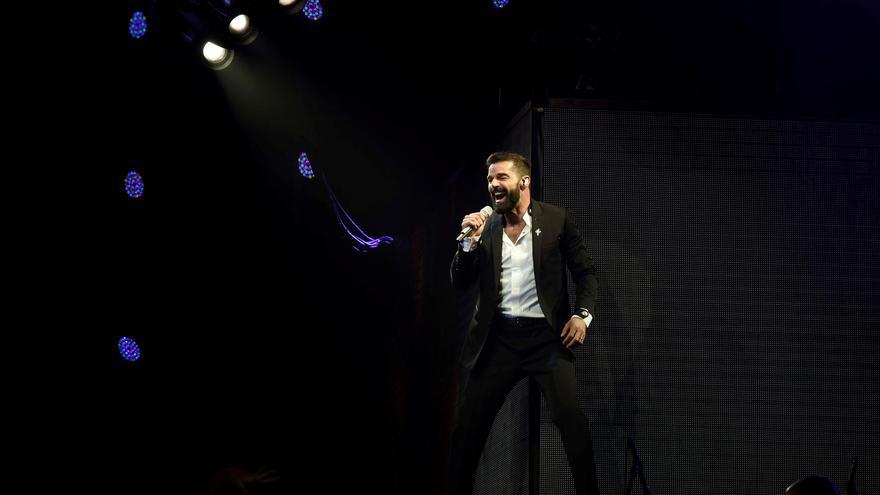 San Juan, Jun 2 (EFE) .- The Puerto Rican artist Ricky Martin today feels freer and without secrets to keep from others, but still marked by the interview that the renowned American journalist Barbara Walters gave him in a distant year 2000, when coinciding with the success of "Livin la Vida Loca" he asked her about her sexuality.

The Puerto Rican singer confesses in an interview published this Wednesday by the magazine "People" in the framework of LGBTQ + Pride Month, in which he says he feels more comfortable in his own body but still marked by that historical question from Walters than that He came out with an evasive "I don't feel like" replying.

The interview in "People" is accompanied by the cover that the singer occupies in the English edition of the publication, in which he describes how he feels in 2021 and how he has evolved through all these years in his interior, from before from confessing to the world his homosexuality to a present day when he is married to another man and has four children.

He assured that hiding what one feels in the sexual sphere is a dramatic situation for the tranquility of a person, in the interview with "People".

"Many people have said, Ricky you were trying to prove yourself, for fame and for being a sex symbol. Well, yes, it could be, but everyone knows that you don't have to be gay to know that love is complicated, or to find out how confusing the attraction can be, "he said.

"Before coming out -of the closet- I was confused," he said, after assuring that for years he wondered if he was homosexual, bisexual or confused about his sexuality.

He recalled that despite his doubts for years he dated many women, including Mexican television presenter Rebecca de Alba, for seven years, between 1995 and 2002.

"Sexuality is a complicated thing, it is not black and white, it is full of colors. When I went out with women I was in love with them, I felt good. You cannot fake chemistry, the chemistry was there, I was not fooling anyone", clarified the media artist about his relationship with women.

The artist also said that he never had references within the homosexual community in his teenage years, which is why, in his opinion, it is important that people like him openly declare about their sexual condition to send a message of safety to young people in their same situation.

"Many children out there have no one to look up to. All they have around them are people who tell them that what they are feeling is evil," he stressed.

Back on the historic interview with Walters, he remembered when it told him that he could stop the rumors about his sexuality if he spoke about it.

The Puerto Rican recalled that he could have said "yes, I'm gay or not, I'm not", but that he finally opted for the evasive "I don't feel like it."

"When he asked the question, I felt violent because I was not ready to come out of the closet. I was very afraid," he stressed, in addition to ensuring that he still has a disorder that originated at that time.

"Many people tell me that I could have come out - out of the closet - in that interview and it would have been great, because when I did it I felt incredible," he stressed.

Ricky would not confess his feelings about sexuality until ten years later, in March 2010, when he made it public that he was gay.

Ricky Martin married Syrian-Swedish artist Jwan Yosef in 2017 and is the father of four children.