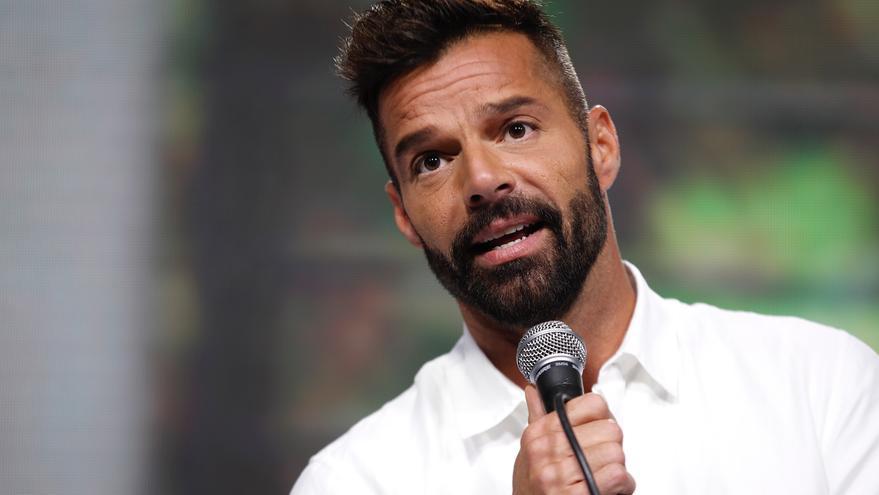 "Canción Bonita" is a declaration of love for Puerto Rico, a charming story that has been weaving since Carlos and Ricky met many years ago on the island, the same one that has inspired several of their musical successes and that has united them. forever, as explained in a statement.

"'Canción Bonita' is the perfect theme for this collaboration with my brother Carlos Vives," declared Martin in the statement.

"Carlos's love for Puerto Rico is genuine and this gives an authentic value to the lyrics: a true celebration of our land that gives us so much. I'm sure they will enjoy it as much as we do," says the Puerto Rican artist.

The single, likewise, is "a powerful meeting of the sounds of Colombia and Puerto Rico in a single song," the note adds.

"I always want to return to San Juan, but to return this time with Ricky to sing to him and declare our love for him, it is a memory for a lifetime. If you want to know why Puerto Rican artists are so charismatic and successful, walk through San Juan with us listening 'Beautiful Song' ", has influenced.

Vibrant colors, contagious energy, positive vibes and even the warmth of "La Isla del Encanto" are several of the elements that appear in the music video and that unite this pair of musical legends and that they will find in "Canción Bonita".

The music video has the direction of the Puerto Rican Carlos Pérez and his company Elastic People and has been filmed in Old San Juan and its iconic bar "El Batey", and in the coastal and tourist area of ​​Piñones, in Loíza (north), highlighting the aesthetics, culture and history of Puerto Rico.

Also, this coming Thursday, Vives and Martin will perform "Canción bonita" live at the sixth annual Latin American Music Awards to be held at the BB&T Center in Sunrise (Florida, USA).

After this event, on April 23 Vives will join the Los Angeles Philharmonic Orchestra at the Hollywood Bowl, together with the renowned Venezuelan director Gustavo Dudamel to offer a concert that collects the main successes of his career.