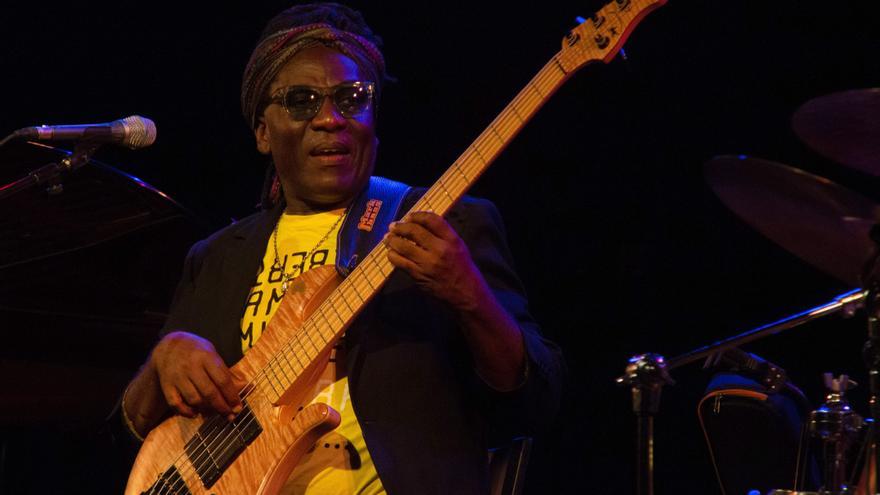 Barcelona, ​​Sep 14 (EFE) .- Richard Bona, Cimafunk, José James and Sílvia Pérez Cruz have joined the already announced names of Avishai Cohen, Kenny Garrett, Maria Schneider and Chucho Valdés, who, among others, will perform at the Barcelona Jazz Festival, which will be inaugurated by Maria del Mar Bonet on October 20.

As announced this Tuesday by the director of the Festival, Joan Anton Cararach, the flamenco series De Cajón! has incorporated Antonio Carmona, Rafael Riqueni, the own production “Una Nit amb Solera” and Miguel Poveda, special guest of the show “Viviré” by Tomatito.

In total, about 70 concerts with which the Jazz Festival aims to “convey joy and the will to live”, at a time when “culture is more necessary than ever”, after the pandemic stopped, according to the co-founder from The Project, Tito Ramoneda.

The 53rd edition of the Festival will be extended, in different halls of the Catalan capital, until March 10, 2022, the date on which Marco Mezquida will close it with the presentation of his new album at the Liceo Conservatory.

Before that, La Locomotora Negra will say goodbye to the stage with a concert at the Palau de la Música, Andrea Motis will premiere “Guitar Storm” in Barcelona and Sílvia Pérez Cruz will celebrate the tenth anniversary of the album “En la Imaginacion” with Javier Colina Trio.

Another novelty announced today is the recovery of “Careless love”, by Madeleine Peyroux, which is added to a poster in which there are names such as Mary Halvorson, Vijay Iyer, María José Llergo, Cécile McLorin Salvant, Estrella Morente, Dorantes and Chano Domínguez with Diego Amador.

For yet another year, the Liceo Conservatory will continue to be the epicenter of jazz, with a series of concerts and master classes, in an edition in which its general director, Maria Serrat, will collect the Festival’s Gold Medal.

It should also be noted that this year the Festival collaborates for the first time with the KBr center of the Mapfre Foundation, in an exhibition dedicated to the photographer Lee Friedlander, author of portraits of iconic figures in jazz history such as John Coltrane, Miles Davis, Duke Ellington , Aretha Franklin and Sarah Vaughan.