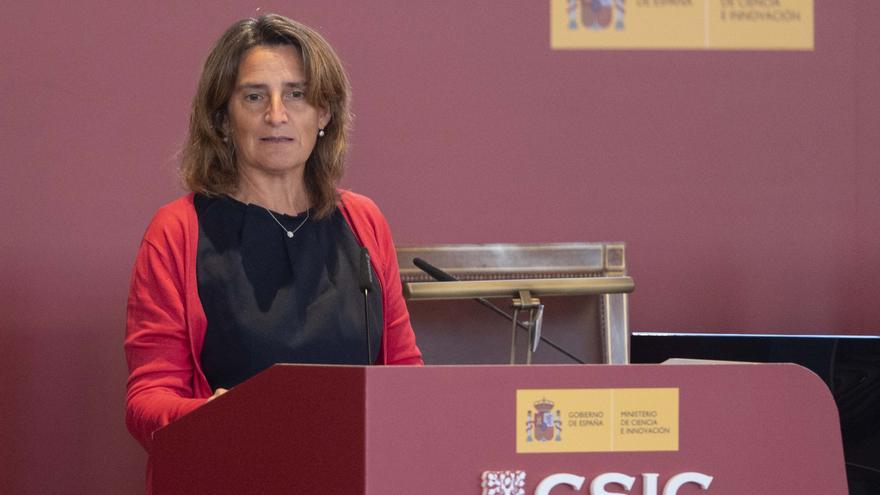 The Ministry for the Ecological Transition and the Demographic Challenge has launched a public consultation regarding the modification of the voluntary price for small consumers (PVPC), which is the last resort rate, which electricity consumers can benefit from with a supply point with voltage less than 1 kV and a contracted power less than or equal to 10 kW. The consultation aims to gather proposals to reduce the volatility of this electricity tariff and optimize its design with a view to the energy transition process.

Currently, the configuration of this rate, which is accepted by around 40% of consumers, 10.7 million customers, fully and quickly collects the fluctuations that are translated into the wholesale market and transfers them to homes and SMEs, just as it is happening now.

The average daily price of electricity in the wholesale market broke another historical record this Friday and the megawatt hour (MWh) shot up to 216.01 euros, according to data from the electricity market operator. Compared to a week ago, when the price of electricity in the Spanish wholesale market was 172.97 euros / MWh, the price increase is 24.88%. Comparing it with a year ago (41.48 euros), the rise is 420.76%, that is, it has multiplied by more than five.

This new increase in electricity occurs in the midst of a rise in the price of all raw materials linked to energy around the world, such as gas, oil and coal, which at the same time triggers CO2 rights, also in all-time highs. For this reason, the Minister of Foreign Affairs, José Manuel Albares, traveled to Algeria this Thursday accompanied by representatives of the Naturgy and Enagás companies, fearing that the crisis between Algeria and Morocco would put at risk the supply of gas to Spain from their main supplier. Albares assured after the meeting with his counterpart, Ramtane Lamamra: “In energy matters, I have received the guarantee of gas supply from Algeria to Spain”.

Furthermore, apart from the current situation, this greater volatility may be accentuated as the energy transition progresses and periods with low prices follow, due to a greater weight of renewable generation, and episodes of high prices, due to the presence of plants with higher variable costs such as natural gas combined cycles.

Royal Decree-Law 17/2021 already establishes that the PVPC will be revised in order to incorporate the price reference of the new auctions of long-term energy purchase contracts, with a maximum weight of 10%.

The Government wants to go further and undertake a structural reform that raises the possibility of modifying the structure and calculation methodology of the PVPC to reduce the volatility of a commodity so basic for domestic economies – especially the vulnerable ones – such as electricity.

In the consultation, open until October 22, you are invited to answer questions regarding the rate structure, the convenience of including price references for forward products, the most appropriate periodicity for updating, the need to establish a regime transitory for the new configuration or the opportunity to maintain a dynamic PVPC for those consumers who wish to do so.

Next Tuesday, the third vice president of the Government, Teresa Ribera, will meet with the Council of Consumers and Users, which groups together the associations Adicae, AUC, CECU, Facua, FUCI, Hispacoop, OCU, and UNAE, in order to know their opinion on the revision of the PVPC tariff to reduce its volatility with a view to the energy transition process.

In advance, on Monday, Ribera will have a meeting with representatives of industrial companies to learn first-hand their views on the current situation of high gas and electricity prices and share with them the measures adopted by the Executive to cushion the impact of the situation.

Specifically, Ribera will meet with representatives of the Association of Large Consumption Electricity Companies (AEGE) and with the Alliance for the Competitiveness of Spanish Industry, which brings together Anfac, AOP, Aspapel, Feique, FIAB, Oficemen and Unesid, has informed the Ministry.

Large industry has seen its energy costs skyrocket since the beginning of this summer due to the upward spiral in gas and electricity prices in wholesale markets, a trend that may affect its competitiveness.

The meeting with this business group takes place in the midst of the Executive’s battle with the electricity companies. Iberdrola has hardened its pulse with the Government with its decision to paralyze the ongoing bidding processes for goods and services associated with the construction of new renewable projects in Spain until a detailed evaluation of the economic viability of these projects after the shock plan approved by the Government to reduce the price of electricity. All the large electricity companies have sent a letter to Brussels asking the European Commission to stop the measures approved by the Spanish Government to reduce the electricity tariff.

With the meeting on Monday, Ribera seeks allies in the business environment before the push of the electricity lobby. The CEOE is divided over the rise in electricity prices. Its president Antonio Garamendi said this Friday that “it is necessary to see how the competitiveness of the industrial company is combined, which is very important, and stable regulation for the investment sector” of electricity. At once, the president of the employer’s association sees “logical” that there are electricity companies, such as Iberdrola, that have announced a stoppage of their investments in Spain in the face of “regulatory instability”.