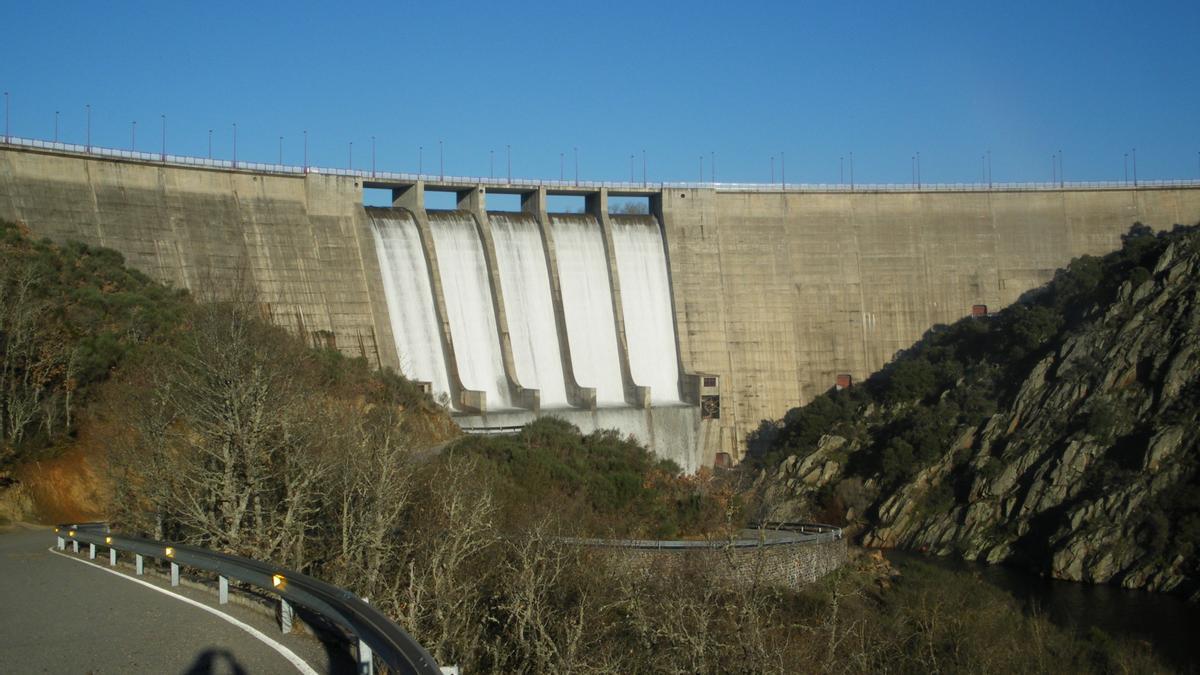 The Institute for Energy Diversification and Saving (IDAE), dependent on the Ministry for Ecological Transition, has launched the process to award the engineering works for the construction and construction management of the first hydroelectric power station that this organization has started up since late last century.

It is a small power station at the foot of the dam in the Irueña reservoir, on the Águeda River, a tributary of the Duero River on the left bank, between the municipalities of El Bodón and El Sahúgo (Salamanca). Despite its low power, 4.5 megawatts (MW), the plant is going to be the largest of the facilities of this type managed by the agency.

The IDAE, which also participates in some wind and photovoltaic parks and in a thermosolar plant in Puertollano (Ciudad Real), currently operates four mini hydraulic plants: those of El Maquillón (Guadalajara), Estremera (Madrid), Virgen de las Viñas (Burgos) and Selga de Ordás (León). All are of very small power (between the four they do not reach 4 MW) and their start-up dates back to the 90s, explains the organization.

The entity has just put out to tender the engineering project for the Irueña plant, the works of which it plans to tender in 2022. The tender sets the maximum deadline for delivering the complete construction project and the tender documents at about six months (26 weeks). of technical prescriptions necessary to tender the contract for works, supplies and assemblies.

“This deadline is considered a critical point to carry out the development of the project since it must be presented to the competent administration and approved before October 24, 2022”, says the statement. The deadline for receiving offers ends on December 9.

The plant will consist of two generator sets with a total installed power of 4,500 kW, connected to the grid through the corresponding transformer station and a section of power line to link with the existing grid. Its estimated annual production will be 16,300 MWh, which will allow supplying the electrical energy consumption of some 5,000 homes with 100% renewable energy, according to the ministry.

The project, which has been in the works for years, will take advantage of a small dam belonging to the State heritage and specifically, to the Duero Hydrographic Confederation (CHD), also attached to the Ministry.

The Irueña reservoir is one of the last to be built in Spain. The works were completed in 2003, after an investment of about 35 million euros, and became fully operational in 2014. Its main purpose is to regulate the Águeda River and prevent flooding in the municipalities located downstream in this area near the border with Portugal , among which Ciudad Rodrigo stands out.

The dam has a capacity of 110 million cubic meters and has a 75-meter-high, 420-meter-long crest dam. In 2018, Ecologistas en Acción included it in a report on “great hydraulic failures” in Spain. The NGO requested its demolition and questioned whether it could be used for the production of electricity, which it considered “incompatible with the reception of floods” of water.

The infrastructure was conceived from the beginning for energy use. In the body of the dam, a hydroelectric intake was enabled, which is currently closed, with a view to its possible use. Its viability was confirmed by a study commissioned by the Government of Mariano Rajoy in 2015 prepared by the engineering firm Incisa. After overcoming the environmental procedures, the IDAE and the CHD signed an agreement in September 2020 that gave a period of three years to complete the works and set the deadline for the IDAE to recover its investment with the sale of the energy generated at 20 years. .

This agreement recalled that the National Integrated Energy and Climate Plan (PNIEC) 2021-2030 “sets as strategic objectives an increase in energy efficiency and the promotion of renewables as well as an electrification of the economy”, in such a way that for the year By 2030, a total installed power in the electricity sector of 160.8 GW is forecast, of which 14.6 GW will be hydraulic energy and 9.5 GW will be pumping.

The CHD has to decide the future of some of the main hydroelectric concessions that expire in the next few years. The most important because of its size and because it is manageable is one of the great dams of the Duero, Villalcampo, managed by Iberdrola and which with 206 MW is the largest to expire this decade. It does so in 2024. The deadline to start its reversion to the State has just opened.

The direct management of hydroelectric plants by the State has been on the table for a long time. And the debate has resurfaced with the current electricity price crisis. Especially when last summer the wholesale electricity market started to get out of control, in full controversy over the emptying of the reservoirs. Currently, and facing the most complicated winter in the sector due to the extreme tension in the gas market, water reserves are at 39.87%, that is, 12.2 points below the average for the last decade. In August, Ribera was willing for a public company to assume the concessions once they expire. In September Pedro Sánchez cooled down that possibility because it does not appear in the government agreement with United We Can.