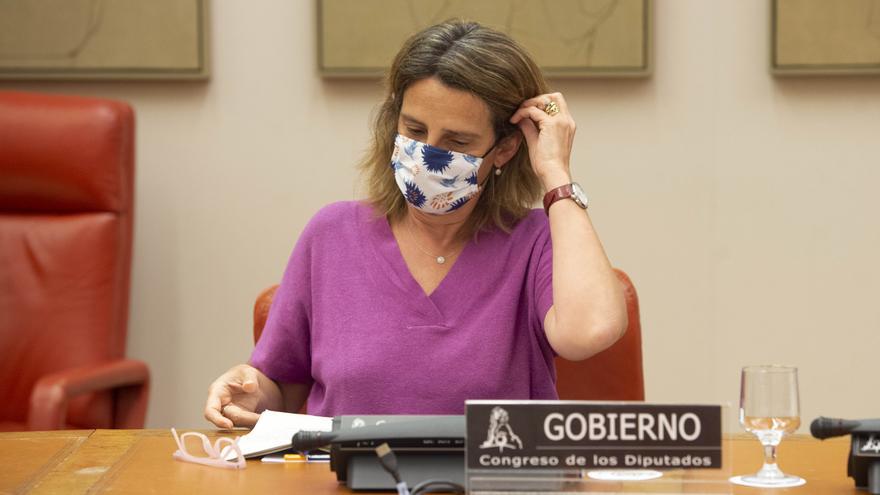 The Ministry for the Ecological Transition and the Demographic Challenge has just put out to tender the first hydroelectric concession whose tender is designed under the mandate of the current third vice president, Teresa Ribera.

The Duero Hydrographic Confederation, attached to the ministry, has opened a public tender to award the operation of a small hydroelectric plant, that of Láncara. The exploitation, which at the time the current Naturgy exploited, is located on the Pereda river, in the municipality of Sena de Luna (León). It has just 1.4 megawatts (MW) of power and has been idle since May 2009.

According to him specifications, Transición Ecológica has set the term of the new concession at a maximum of 30 years, well below the 75 years of the original (which expired in 2008), but above the 20 years set by the specifications of the previous tender for this type, dating from 2018 and affecting a very similar infrastructure.

The company that wants to operate the plant must put it “in the proper conditions of operation, safety and maximum performance,” says the statement, which gives up to 25 points of valuation to the renovation works that arise, the most valued aspect together with the amount of the annual canon that will be offered to the Administration.

The term offered for the concession (fewer years, more points) will receive up to 10 points. In the specifications “the delivery of energy to the Administration is not considered.”

The last tender of this type, awarded in February 2019, corresponded to another plant in León that Iberdrola managed at the time and whose concession expired in 2012, that of Lugán, on the Porma River (municipality of Vegaquemada). The sheets date from May 2018Therefore, the procedure was started before the arrival of Ribera to Ecological Transition. I know lawful in July 2018, when he had been in the ministry for a month.

So, the term offered by the winner was 17 years. After a process in which the only major group in the sector that presented itself was the Portuguese EdP, the winner was OMMHSA, a subsidiary of the RPI group, controlled by Cube, a Luxembourg fund. The award resolution is dictated on February 19, 2019. Just that day, Cube managed to get the World Bank arbitration tribunal (ICSID) condemn Spain for the cut in the remuneration of renewables of the Government of Mariano Rajoy. The bottom then put that millionaire award up for sale, as this newspaper revealed in July.

The concession that the Confederación del Duero has now put out to tender, that of Láncara, was granted in 1926 for a period of 75 years from December 1931. Until October 2018 (ten years after it expired) the Confederación del Duero did not issued a favorable report on the continuation of the exploitation of the exploitation and decided to put it out to tender.

The procedure began last week, coinciding with the opening (last Sunday) of the term to extinguish the concession of the Villalpando dam, also dependent on the Duero Confederation, and that with 206 MW of power is the largest hydroelectric concession that expires this decade (it does so in 2024).

This dam is operated by Iberdrola, with whose president, Ignacio Sánchez Galán, Ribera plans to meet this Wednesday in the framework of the round of meetings with sector executives that the vice president has launched on the eve of the Congress voting on Thursday the validation of the cut to the profits that have fallen from the sky of the electricity companies due to the rise in gas. riverbank has opened to withdraw the cut if the EU moves token and, within the framework of that round of meetings, Moncloa defends “reconciling interests” of electricity and users while Podemos warns that withdrawing the cut in benefits supposes “delegitimizing” the Government.

In June, officials of the Ministry’s General Water Directorate advanced their intention to “turn around” the terms of hydroelectric concessions, an aspect that, even from a liberal orthodoxy perspective, referred to in a recent Article At Fedea (a foundation financed by large companies such as ACS, BBVA, CaixaBank or Santander), the former director of the National Markets and Competition Commission (CNMC) Diego Rodríguez.

This professor believes “absolutely necessary” that the new concessions be adapted “to the current circumstances, extracting the scarcity rents from the resource”, because the current ones “occurred in a totally different economic and social context.” In the future, the terms should be “drastically reduced”, with “periods of no more than 15 or 20 years”, avoiding “being locked into a very long-term relationship in a context of energy transition subject to high uncertainties,” according to Rodríguez.

The former CNMC, who doubts that a public hydroelectric plant will lower electricity, claims “to provide transparency on the characteristics of the concessions for hydroelectric use” since “the intricate system of water governance in Spain means that this information is not available. publicly available “.

In spring, the Government pointed out that its idea for Villalpando was to put it out to the competition again. It was before the current rise in electricity prices and that, in August, Ribera open the door to the creation of a public company to assume the expired hydroelectric concessions, a possibility that the Prime Minister, Pedro Sánchez, cooled in September because “it is not part of the coalition agreement.”

As explained last week Ecological Transition, “the characteristics of the concession are being studied and the next steps in the extinction procedure are being analyzed.” Launching a contest is one of the options that are contemplated when these concessions expire. In other cases, the facilities have come to be managed by the respective hydrographic confederations. Another option is to destroy the infrastructure. In the current legislature, the concessions of 21 dams, all of small power, have expired. In 12 of them it has been chosen to order the demolition by the owner for environmental reasons.