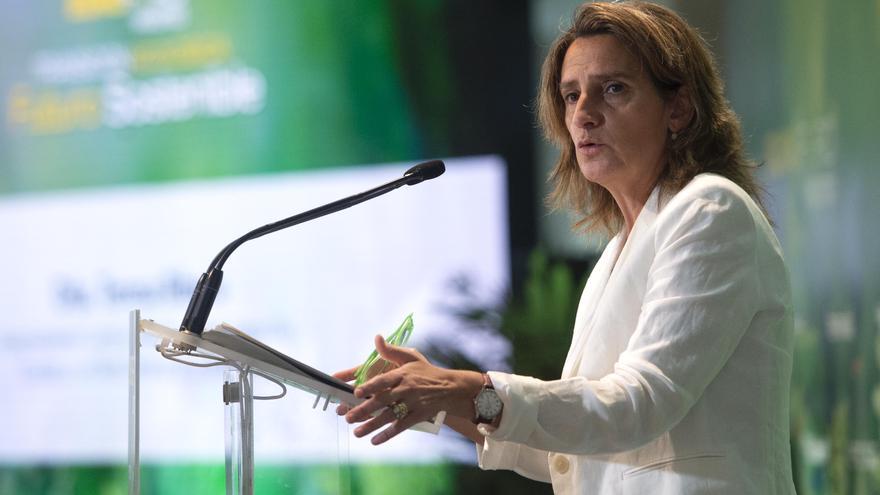 The Minister for the Ecological Transition, Teresa Ribera, has pointed out that Spain needs a “very serious debate” on green recovery, that is based on the urgent availability of jobs qualified and on mobility, something that goes beyond being mere owners of a vehicle.

After a year of hiatus due to the pandemic, Ribera inaugurated this Monday the 15th edition of the National Environment Congress (CONAMA), the largest environmental event in the country that over the next 4 days will analyze the different perspectives to address a social and economic recovery in a green key.

With the motto “The recovery we want”, the minister and fourth vice president has stressed that mobility “is not owning a car”, but rather it is something else that affects cities and large metropolitan areas, but also mobility in towns, so it has appealed to an urgent debate.

It has also emphasized employment and the availability of qualified workers with the aim of “applying this wave of renewal” to housing projects or green infrastructures, as an element of inspiration in nature.

For this reason, the minister has highlighted the importance of putting on the table issues such as professional qualifications, integration into the labor market, training and connectivity to delve into present and future development.

CONAMA has placed the ecological transition as the central focus of the agenda and the contents of the Congress are structured around cross-cutting issues such as the present and future recovery after the pandemic, the transformation of cities to make them more humane, environmental impacts or the problem of textile waste.

The director of the conservation organization SEO / BirdLife, Asun Ruiz, has asked during this first day that “everything bad in the past serves a purpose”, to emphasize that the pandemic has revealed to us that today more than ever the recovery that we all need must be established in science, in responses based on nature and on the consensus of all actors.

For Ruiz, social and environmental justice are defended together, as demonstrated by the effects of climate change and of this pandemic, and has advocated, regardless of the political position of each citizen, for a transformation of society where the maxim is respected: “Not one degree more, not one species less.”

For the Secretary of State for the Environment, Hugo Morán, the priority is to leave behind what generates “the abyss of the future, uncertainty and doubts” and thus be able to eliminate the causes that provoke this crisis whose origin must be sought in the great deterioration of environmental health.

Morán has highlighted the role of Recovery, Transformation and Resilience Plan as an axis to get out of the economic crisis, because “society needs to acquire security in the present.”

The researcher of the Higher Council for Scientific Research (CSIC) Fernando Valladares placeholder image He pointed out that in this debate on recovery after the pandemic, science does not have the solution to this health and social crisis, but is part of it, and has called for more “coordination” among all to be able to address it.

During his speech, the researcher recalled that during these months of health crisis we have all been aware of the famous “herd immunity” to forget the “landscape immunity”, a concept, in his opinion, much more effective and that it is necessary to develop .

For Valladres, cities deserve a leading role, but we are forgetting the field, and it has been wondered if what we want is to maintain a neofeudal model in which the countryside is at the service of the lordship of the city or in a field as a recipient of all the filth of the cities.

At this point, he has criticized that windmills, key to renewable transformation, alienate not only animals but also people.

“Many entrepreneurs do not want to start in places where they have been planted by mills that have broken their possibilities of doing green tourism,” said Valladares to emphasize that we urgently need nature as our ally.

Finally, the general director of Generación-Endesa, Rafael González, has affirmed that there is a consensus on the importance of acting urgently, to generate the action and transformation that are necessary.