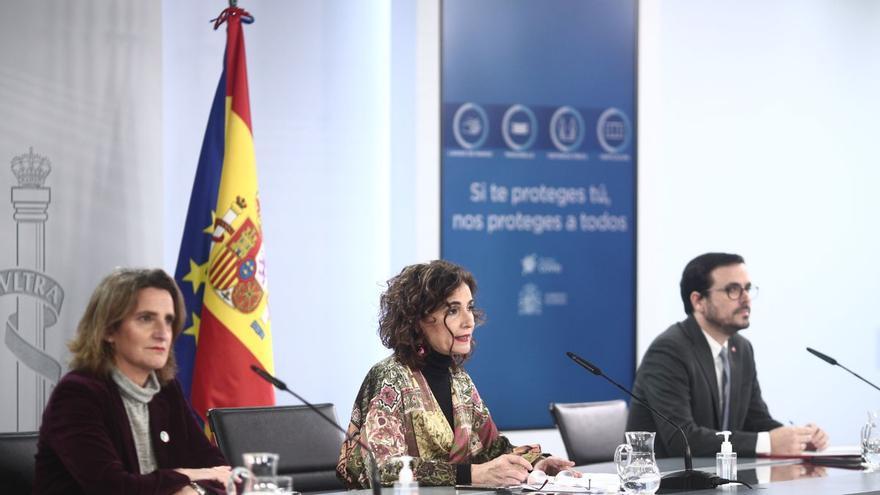 The fourth vice president of the Government and Minister for the Ecological Transition and the Demographic Challenge, Teresa Ribera, said this Friday that the Ministry of Finance is studying “all the alternatives” to undertake an eventual intervention in the electricity taxation that reduces the bill of the electricity, including a reduction in VAT or its modulation by consumption brackets.

Ribera, in statements to RNE collected by Europa Press, has indicated that the Treasury is the competent Ministry in this matter, regardless of whether his Department or the Alberto Garzón Ministry of Consumption are making contributions. The Minister of Finance, María Jesús Montero, asked on Thursday not to “speculate” on this matter.

“We are looking at all the alternatives, including the intervention or modulation models of each of the fiscal figures and the indirect imposition of VAT. Therefore, it is important to see if the general rate is reduced, if it is done by tranches or if it is excluded temporarily. Any modification of the VAT must be communicated to Brussels. I ask for your patience, we will soon have a proposal from the competent Ministry, “said Ribera.

In any case, regardless of whether a temporary intervention is undertaken to lower the electricity bill, Ribera has indicated that his Department is working with the Treasury on a “thorough review” of electricity taxation, but has asked for “peace of mind and patience “.

“We are working with the Treasury team because it is important to find out what are the structural causes of the rise in electricity, in what way a fairer distribution of costs can be made and in what way it can be guaranteed that consumers are not the ones with their invoice pay a very notable increase in the profits of the companies. Taxation deserves a thorough review to give the correct signals, “he explained.

Ribera wants to approve this reform of electricity taxation “as soon as possible”, but has not specified whether it will be done in the next Council of Ministers or in future ones.

“This requires tranquility and doing it well (…). It is important to be careful. The Treasury is looking in detail at all the variety of fiscal elements that appear in the invoice, including VAT, but you have to be a little patient,” he insisted .