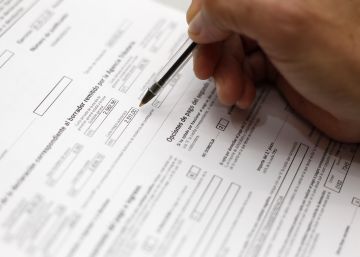 Always save the tickets of your expenses if you travel for work. A maxim that many taxpayers already have internalized and that is not trivial: the Tax Agency (AEAT) It has its radar in all potential fraud exchanges, including the allowances that workers receive. These “remunerations”, exempt from taxation in the personal income tax, they are sometimes used by companies to raise the salary of their employees without these having to bear a greater fiscal burden. And if an inspection arrives, it is the worker, first of all, responsible for proving that these disbursements are real and related to work activity. Or at least it has been so until now.

The Supreme Court It has just partially overthrown the Administration’s criteria on travel, stay and living expenses. It establishes in a recent ruling that the Treasury must address the company, and not the taxpayer, to prove the reality of the allowances, and that ultimately the burden of proof is shifted to the “Administration when it has the necessary means to they are not available to the taxpayer ”.

Legal considerations aside, the judgment determines that if the Treasury suspects that the declared expenses are not real, to find out, it cannot demand anything more from the taxpayer who has already fulfilled his obligation to present the certificates provided by the company. That is because it is the payer who retains and enters the amounts withheld and declare the withholdings before the Administration, which therefore has in turn means and documentation to verify the information.

In this way, the Supreme sits doctrine and redirects the debate – which comes to be labeled as “false” – that had occurred so far in the courtrooms, focused on establishing whether the burden of proof was on the worker or business. “We are talking about a relationship, as it cannot be otherwise, between a taxpayer, in this case an IRPF taxpayer, and Tax Administration (…). The payer, in relation to this relationship, is purely a stranger, ”says the ruling.

José María Salcedo, lawyer in Legal Attic, explains that the general rule on the burden of proof in these cases establishes that each of the interested parties proves the facts that benefit them: the AEAT prove that there has been a taxable event, and the worker justify that he is exempt from declaring in the personal income tax being an amount received to carry out their work activity outside the workplace, and that it is real expenses.

“The worker often does not have that information, the key is easy access to the test, and because of the ease that the Treasury has in having it corresponds to it,” adds Salcedo. Thus, the ruling determines that it is the Treasury “that assumes, due to the ease of proof and availability of the data provided by the retainer, the burden of proof”, something that “is very easy” thanks “to the simple collation of the documents in his possession”, without being able to “make the taxpayer a duty that is alien to him”.

The debate about the burden of proof in the matter of diets comes from afar. In 2016, a Superior Court of Justice ruled that it was the company that had to prove that this extra money is exempt from taxation in the IRPF. Two years later, a resolution of the Central Administrative Economic Court (TEAC) –attached to the Ministry of Finance and whose opinions are mandatory for the Administration— He changed the cards on the table. He established that the burden of proof is shared between worker and company: the first must prove that the expense is real and justify the disbursements related to transportation – if public – and stay; The second demonstrates that these expenses are related to economic activity, in addition to accrediting both locomotion expenses – when private vehicles are used – and maintenance.

The TEAC based its interpretation on the criterion of access to information, considering that in certain cases the worker does not have all the necessary information available to justify his expenses. However, it established that this rule does not apply to partners with effective control of the company, assuming that they have direct access to the documentation that the Tax Agency needs to establish if the diets are real and comply with the law.

The recent ruling by the Supreme Court comes after an appeal against a judgment of the Superior Court of Justice of Galicia – and a previous resolution of the TEAC – that condemned the veterinarian of a cooperative to return the amounts deducted for subsistence allowances on suspicion of existence. a remuneration agreement between company and employee. The ruling alleged that he did not prove “the reality of displacement or the reason”, and required him to prove the “reality” of those expenses and “link with his economic activity”, also in the light of his being a minority partner of the company.

The Supreme Court dismantles this reasoning, and establishes that also in this case the burden of proof rests with the Administration, which “had to address the payer for that purpose, since it is not for the employee to prove the reality of the displacements and the reasons or reason for the living expenses. “But it does clarify that when the workers are partners of the company, the cases must be studied individually.