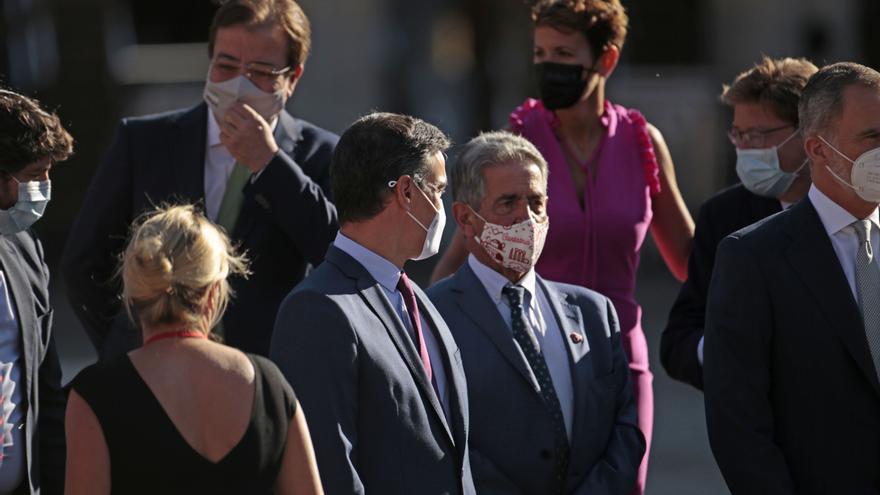 The president of Cantabria, Miguel Ángel Revilla, has remarked that his party, the PRC, is not an “unconditional partner” of the Pedro Sánchez government, from which he will withdraw his support if the bilateral meetings with Catalonia “go further.” In this sense, he pointed out that the regionalists “will have voted fifty percent of issues in favor and fifty against”, since they act according to a program and ideas that Pedro Sánchez and Cantabria “know perfectly.”

“We do not have any servitude” towards the Government, the Cantabrian president has sentenced in an interview with Onda Cero collected by Europa Press, after assuring that “there will be no problems” if in those meetings “it does not go beyond listening and making it clear to them what it is what can or cannot be done in Spain “, but” the minute that is skipped, let’s go, without a doubt. ”

In fact, he recalled that the government’s bilateral negotiation with Catalonia was the reason that made the PRC vote against the second inauguration of Sánchez, despite the fact that it had supported the first, because “there were some very important variants.”

“We will not make any assignment, nothing that alters a State where relations are perfectly regulated with the communities, and nothing to create tables where they will also discuss issues and are not constitutional or admissible,” he assured.

Revilla stressed that the dialogue “has always seemed good to him”, but when “absolutely constitutional” issues are discussed. And is that Spain “is an absolutely free country” and “you can say everything”, so that Revilla “thinks it good that there are parties that defend the independence of Catalonia and that try to fight for it, that try to achieve the change of rules “, but while it does not happen” we have to respect the rules “, because if not this” is the kingdom of taifa “.

“I understand that there are territories that, due to real or invented stories, want to separate from Spain and defend it, but here we have to comply with all the laws,” he reiterated. According to the regionalist leader, in Madrid “they have a very clear position” on this matter. “We are in favor of a plurinational State with identities that are recognized by the Constitution”, a “multilingual and multicultural” country, values ​​that in Revilla’s opinion make “Spain bigger.”

The head of the Cantabrian Executive has also regretted that the Catalans are “generally the best treated” by the Government and its investments, to the detriment of other communities such as Cantabria, where “we are few” and “of course we are not going to alter the electoral result of Spain”.

“We are 580,000 and three hundred and something thousand vote. That is a neighborhood of Madrid or Barcelona. Here the population, political influence prevails,” Revilla has sentenced, criticizing that even disloyal parties “are prioritized, who do not go to meetings. “or to acts” where we all go and these -the independentists- never appear “, such as the tribute recently celebrated in Madrid to the health workers, the Day of the Armed Forces or the Hispanic Heritage.

In this sense, he has said that “there is no right” that, while investing in these territories, Cantabria continues without a fast train to Bilbao when the current one “takes exactly three hours and ten minutes to cover 95 kilometers, ten more than when I used him to go to study economics in Bilbao “, lamented the president.