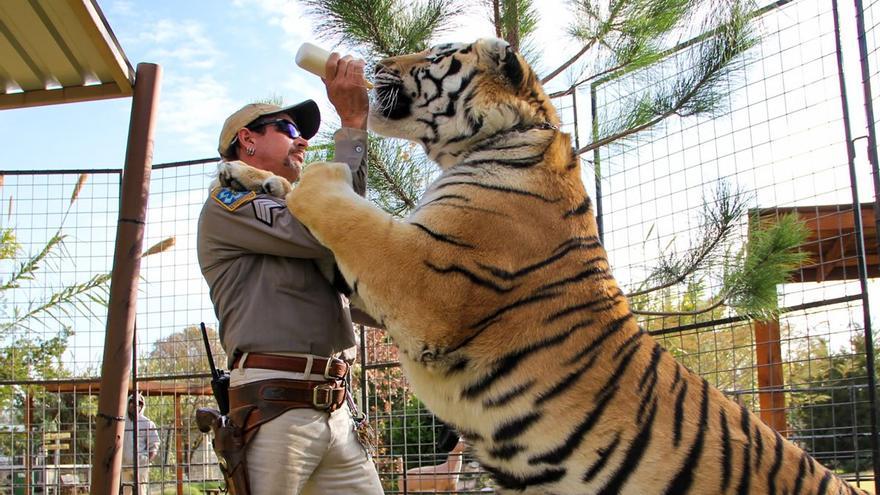 Why hasn’t this sequel to ‘Tiger King’, one of the most talked about series of 2020 aroused more excitement? Perhaps because of the precise moment in which that first season was released: on March 20, six days after the state of alarm in Spain and start the spring of our quarantine. Hearing names like Joe Exotic, Carole Baskin or Doc Antle can bring instant laughs, but also fierce flashbacks.

The ‘Tiger King’ fever has not survived, or so it seems, to the reduction of restrictions: the series project of Amazon with Nic Cage as Exotic has passed away (not the one that will have Kate mckinnon as Baskin) and these new episodes arrive with a taste of late anticlimax, a desperate attempt on the part of Netflix to squeeze a story already squeezed to the clear redundancy in the first installment.

Over five hours that are longer than the original eight, the directors Eric Goode and Rebecca chaiklin They go out of their way to justify this new dive into the sordid world of big cat exploiters. One of the problems is that, in reality, the titular character, Joseph Maldonado-Passage, aka Joe Exotic, a former zoo owner with a parallel career in the country, cannot naturally unfold before the cameras. He was sentenced to twenty-two years of jail for seventeen counts of animal abuse and, more widely known, two counts of murder for hire. “All the guards are singing my music videos, asking me for autographs and saying they are going to buy my underwear.”We hear him tell from the federal prison where he awaits exoneration. His potential victim, Carole Baskin, an animal lover who accused him of mistreating the tigers in his roadside zoo, refused to appear in the second installment and tried in vain to stop the premiere.

The filmmakers rely on material she recorded – those diary pages dramatically read in Youtube– to explore one of the theories that most intrigued the public of the Serie: Had Baskin really played the game of killing Don Lewis, her husband who disappeared in 1997, and feeding him to a tiger on his preserve? Almost as if inadvertently justifying such a wild decision, ‘Tiger King 2’ becomes its second episode in the chronicle of Lewis’s Costa Rican bad life, as explained divided between shady business for the day and relationships with girls under the age of 18. age at night. This plot leads us to a quite interesting unpublished creature: Troy Griffin, self-defined “Christian psychic detective and medium” who shares with Donna Pettis, Lewis’s eldest daughter, scenes from ‘Search party’.

In the second half, the season shifts to focus on other characters in Exotic’s orbit: the Haunting Jeff Lowe and Tim stark, other dubious zoo owners, the first of them heir (for a short time) of the ineffable GW Zoo in Wynnewood (Oklahoma). We see Lowe trying (to no avail) to keep raising animals at a new zoo in Thackerville; a zoo split into a ‘strip club’. And to Stark bet as a probable close friend of Logan Roy from ‘Succession’; difficult to hear so many ‘motherfuckers’ almost in a row in a single sentence.

But the series is no longer as (perversely) funny or intriguing as in its original chapters: it becomes, above all, a fairly standard ‘true crime’ and, near the end, a half-epic defense of someone, Joe Exotic, perhaps not worthy of defense. Everything closes with a coda about the goodness of wildlife that suddenly takes us to lands of Sir David Attenborough.