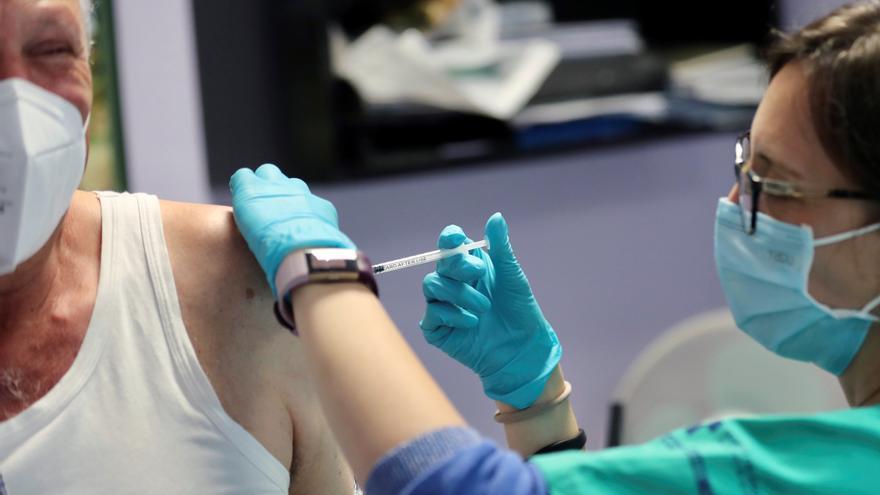 The Ministry of Health of the Government of the Canary Islands informs that since this Wednesday, April 28, 2021, people residents of Tenerife and Gran Canaria born before 1948 who have not been scheduled to be vaccinated against COVID-19 they can call 012 (or 928 301 012 or 922 470 012) to make an appointment. The objective of the initiative is to speed up the vaccine inoculation process among the target population over 73 years of age, although this citation system, also open for a week for those born between 1952 and 1955, adds to the sending of sms and calls that are made as a standard protocol to notify the target population.

The purpose is vaccinate as soon as possible to the most vulnerable groups as stated in the Vaccination Strategy against COVID-19. To do this, the citation systems that promote coverage of priority groups have been combined, since the arrival of regular vaccines and new ones, with the incorporation yesterday of Janssen's, together with the opening of massive vaccination centers They allow to intensify the inoculation of the target groups and to advance in the inoculation in this age group. Progressively the lines of citation will be opened for other age groups.

The arrival of more vaccines, with the incorporation of Janssen, and the new massive vaccination points put into operation allow us to continue advancing in the vaccination calendar. Thus, in Gran canaria, the population over 60 years old may be summoned to vaccinate in any of the two hospitals of the Canary Health Service (Insular and Dr. Negrín), in the Primary Care Management of Gran Canaria, in Canalejas or in Expomeloneras or in Infecar. In addition, the population of Artenara and La Aldea de San Nicolás can be vaccinated in health centers in their area.

Likewise, in Tenerife there is the Santa Cruz de Tenerife Fairground, Magma, Arte y Congresos, the Annex to the Guajara Lecture Hall of the ULL, the CTcan and the Garachico Clinic, which are added to those already existing in the HUC, in the Ntra. Sra. de Candelaria University Hospital, in the Hospital del Sur and in the Casa del Emprendedor Fairgrounds, in Los Realejos.

In total, the new vaccination points together with the existing ones in health centers, for people over 70 years of age, will offer a vaccination capacity of 30,000 doses per day as long as the fluid supply of vaccines continues.