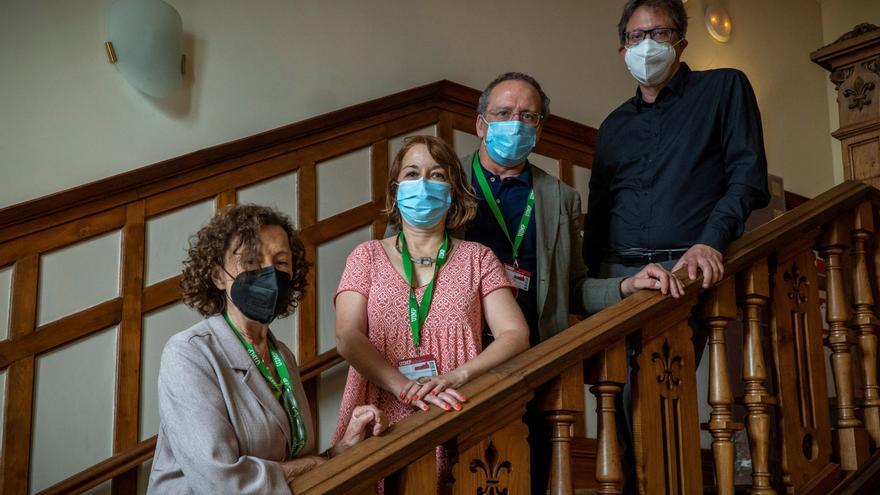 Santander, Jul 27 (EFE) .- Professor and researcher Patricia Mayayo believes that one of the great priorities in the art sector would be to “limit the constant interference” of public powers in the operation of museums.

“Every day we find directors of museums who are suddenly dismissed, or who are appointed by hand by the councilor on duty,” he lamented.

Mayayo spoke like this on the occasion of the press conference of the course on contemporary art in Spain hosted by the UIMP (Menéndez Pelayo International University) in Santander.

He has appeared with the cultural manager Rosina Gómez-Baeza, the former director of the Museum of Contemporary Art of Barcelona (Macba), Ferrán Barenblit, and the director of Museums and Exhibitions of the March Foundation, Manuel Fontán.

This historian added that in 2007 a document of good practices was signed in art centers and museums, which was signed by the Ministry of Culture, but whose application has been “uneven.”

“It is important that museums, that their programming and those in charge are not subject to political criteria or the fluctuations of political changes, but are governed by technical criteria,” he explained, before pointing out that this “is a great deficit” of the museum system.

Mayayo has also opted to recover the level of budgetary allocation prior to the 2007 crisis, since it meant that the financing of museums fell “by half drastically”.

And he has asked for a State Strategy for Culture and Art to undertake some “much-needed” reforms, including a new law on patronage and cultural sponsorship or the development of the Artist’s Statute.

He also believes that cultural management is “highly decentralized” and that coordination between the State, autonomous communities, county councils and city councils must be improved.

Gómez Baeza has also defended a greater union between these four levels that operate from the public sphere in art. The coordination of all these entities is “difficult”, he warned.

The head of the March Foundation, for his part, has pointed out that any attempt at a common, long-term and planned strategy “has to start with the museums.”

And Barenblit has spoken of the position of Spain in the international contemporary art scene, has commented that “sometimes arriving late can mean arriving better” and has advocated “letting artists and intellectuals speak.”