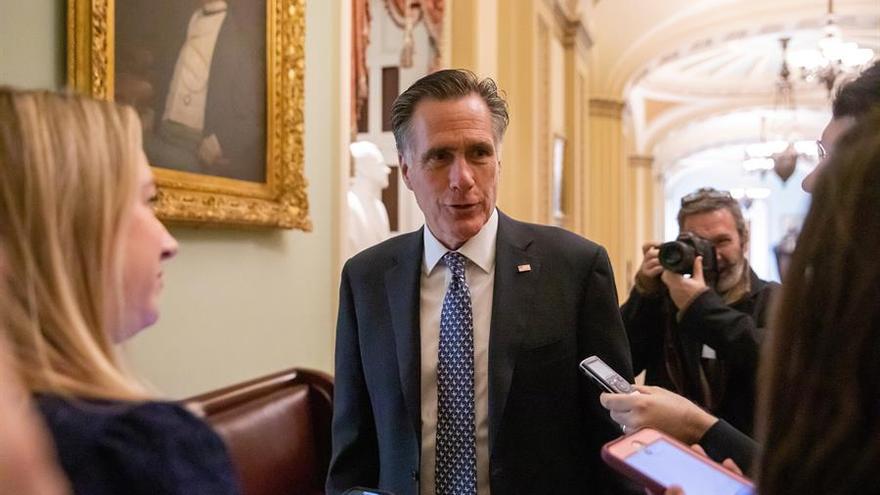 The President Donald Trump’s determination to insist without evidence in the existence of an electoral fraud is being answered by some republican leaders. “If you count the legal votes, I have won easily,” Trump said in a short speech from the White House Thursday night. “If you count the illegal votes, they can try to steal the elections from us.”

So far has the US president come that the television networks ABC, CBS and MSNBC stopped broadcasting the intervention from the President for suggesting without evidence that there is immense electoral fraud in order for Joe Biden to win the presidency. ABC News journalist Terry Moran has stated live that “this is not a reality show, but the US elections.” Lucía Hernández reports.

Republican Gov. Larry Hogan has responded to the unsubstantiated allegations from Republican President and candidate Donald Trump. “Everyone in the United States wants free and fair elections, they want every vote to be counted,” he said: “The frivolous demands to prolong this if there is no evidence are absolutely damaging to the country.”

“There is no defense for the president’s comments tonight that undermine our democratic process,” Hogan insisted. “The United States is counting the votes and we must respect the results as we have always done before. No choice or person is more important than our democracy.”

Mitt Romney, senator from Utah, has also responded to Trump: “Counting every vote is at the heart of democracy. That process is often long and, for those who run it, frustrating. The votes will be counted. If there are reported irregularities, they will be investigated and finally resolved in court. Have faith in democracy, in our Constitution and in the American people. ”

“We want all votes to be counted, yes, all legal votes (of course),” said Illinois Republican Congressman Adam Kinzinger. “If you have legitimate concerns about fraud, present evidence and take it to court. Stop spreading discredited misinformation. This is freaking out.”

“Taking days to count the votes cast legally is NOT a fraud,” said Republican Senator Marc Rubio from Florida. “And judicial challenges to votes cast after the legal voting deadline is NOT a deletion.”

“If a candidate believes that a state is violating electoral laws, he has the right to challenge it in court and present evidence to support his claims,” ​​Rubio said.