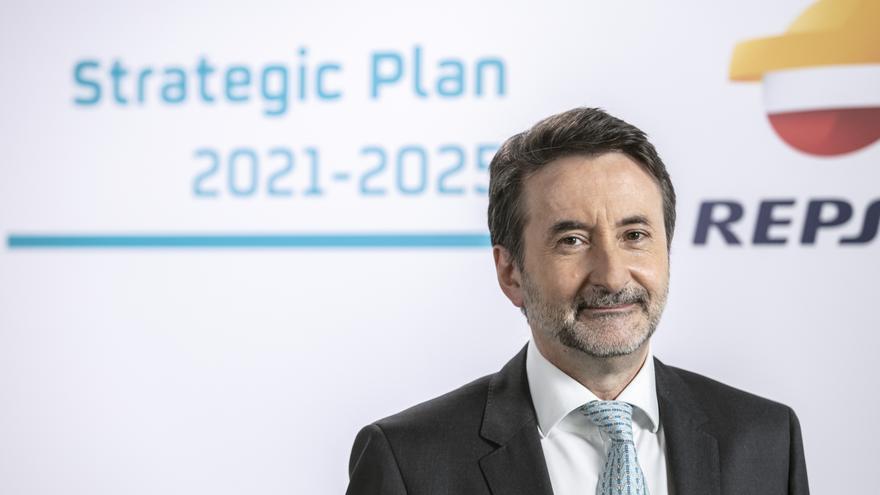 Repsol presented this Wednesday Shyne (Spanish Hydrogen Network), a project to lead the development of renewable hydrogen in Spain through the mobilization of a total investment of 3,230 million euros, thus putting itself at the head of the race unleashed between the big of the energy sector for leading the promotion of this technology in the country.

The project, which will concentrate a Repsol investment of around 2,250 million euros -almost 90% of the 'capex' of the multi-energy for green hydrogen until 2030- was born as the largest consortium in Spain for this technology, made up of 33 entities from different sectors with the aim of promoting 'green' hydrogen projects in all areas of the Spanish economy and promoting decarbonisation through this energy vector, key in the energy transition.

At the presentation ceremony, which was attended by the Secretary of State for Energy, Sara Aagesen, and the Secretary General for Industry and SMEs, Raül Blanco, the CEO of Repsol, Josu Jon Imaz, described Shyne as an initiative " very motivating" that will "allow to unite capacities, join forces and contribute with more synergies" to achieve the goal of decarbonization in the country, reports Europa Press.

The director highlighted the backbone capacity of the project, with a presence in a dozen autonomous communities in the country, and of allowing Spain to take advantage of its technological and industrial capacity "to be a leader at European level" in the development of green hydrogen, also generating more than 13,000 jobs, "most of them industrial, which are more stable, better paid and more resilient," he added.

"To achieve climate neutrality there is not just one path, there are many paths, and renewable hydrogen appears as a clear path, the best solution in the future for heavy transport and industry," he said.

Along with Repsol, leading institutions and companies from the energy, industry or transport sectors are part of the consortium, such as Enagás, Alsa, Bosch, Celsa, Talgo, Scania, Iberia, Navantia, Sidenor, Pymar, SEPI or Tubacex, among others. . As collaborating partners of the projects are eleven associations, technology centers and universities, such as the Spanish Hydrogen Association (AEH2), the National Center for Experimentation of Hydrogen Technologies and Fuel Cells (CNH2), the Spanish Society of Ceramics and Glass , the Higher Center for Scientific Research (CSIC), the Galician Automotive Technology Center (CTAG), the Foundation for the Development of New Hydrogen Technologies in Aragon (FHa), the Catalan Energy Research Institute Foundation ( IREC), Tecnalia and Cidetec, as well as the universities of Castilla-La Mancha and Alicante.

The project proposes to install 500 megawatts (MW) in 2025 and two gigawatts (GW) in 2030, which represents half of the aspirations set out in the Hydrogen Roadmap of the Government of Spain. In addition, it aspires to generate an ecosystem that connects the great regional initiatives around hydrogen that are already being launched, such as the Basque Hydrogen Corridor (BH2C), the Hydrogen Valley of Catalonia and the Hydrogen Valley of the Region of Murcia.

Likewise, it foresees the creation of two new innovation hubs, whose objective will be the development of competitive technologies that are still in development, such as photoelectrocatalysis.

The Secretary of State for Energy, Sara Aagesen, considered that the project represents a "very unique and necessary initiative at this important moment" in the race to promote renewable hydrogen, considered "strategic" and an "opportunity that cannot be lose" to be "leaders," he said.

"Renewable hydrogen is a country project and a fundamental piece in the puzzle to complete decarbonization," said Aagesen, who stressed that the goal is for Spain to be able to "innovate and design" this technology, "being there from the beginning" of its development. "We are in a decade of a great race for technological leadership and Spain and its companies want to be in that race," he stressed.

Meanwhile, the Secretary General for Industry and SMEs, Raül Blanco, stated that Spain "has a unique opportunity and all the capacity to lead the industrial hydrogen value chain in Europe", for which this project "is a great example".

On the other hand, the CEO of Enagás, Marcelino Oreja, stressed that public-private collaboration "is critical" for the promotion of green hydrogen, for which he asked the Administrations for "help", "not only with funds, but by speeding up procedures". "If this is not the case, we will not arrive on time, we need help in simplifying the administrative process. We are in a privileged place due to the sun and the wind, but we are competing with another and collaboration is essential," he assured. For his part, Repsol's chief executive has asked the Administration to be "active" to "give him a regulatory framework" that encourages the take-off of hydrogen.

Green hydrogen has become a workhorse in the Spanish energy scene, with the main groups in the sector immersed in leading its development. Renewable hydrogen has become for Spain a basic pillar within the country project. The Government launched a roadmap with the aim of being a leader in this technology that establishes, among others, the goal of reaching 4 GW of production capacity in 2030, 10% of the EU total.

The quantity and quality of renewable resources give the country a competitive advantage in the development of renewable hydrogen, with the aim of becoming an international hub for this technology. Such is the priority role that the Government has granted it that it will be the element of the Strategic Project for Economic Recovery and Transformation (PERTE) to promote 'green' energies that receives the most support, with a total of 1,555 million euros, which it is estimated that they will mobilize another 2,800 million of private capital.

It will thus add 4,355 million euros, just over a quarter of the 16,300 million that the Executive intends to mobilize with this PERTE for renewables.