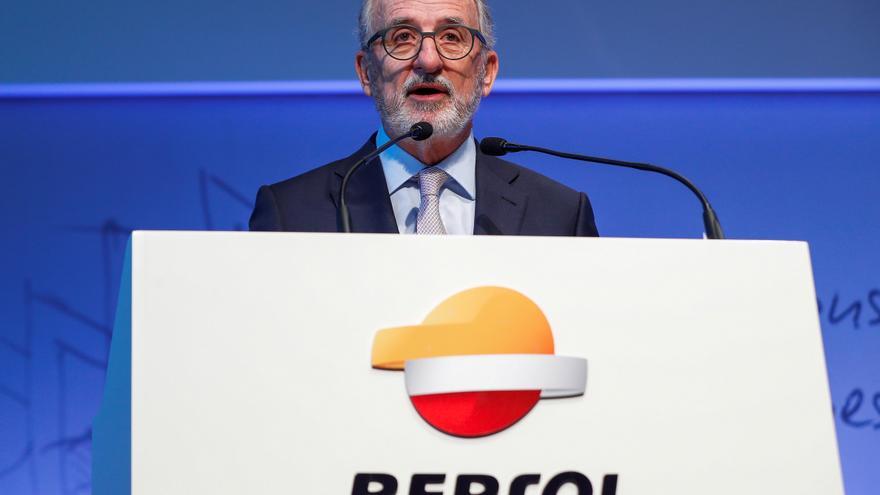 The president of Repsol, Antonio Brufau, explained this Friday that the oil company has submitted 30 projects to the calls for expressions of interest launched by the Government for European funds, with a total investment of 5,959 million euros. In his speech at the shareholders’ meeting of the oil company, Brufau has attacked the Climate Change Law and the fund raised by the Ministry for the Ecological Transition to charge the cost of renewable energy to the entire electrical system.

In his speech to Repsol shareholders, the executive warned that if Spain does not find the right key to get out of the crisis, the economic blow could be “very long-lasting” and “we are perhaps facing a lost decade in terms of wellness”. The world is faced with the “double complexity” of dealing with climate change and the devastating consequences of the pandemic, and “the worst that can happen is to think that this crossroads can be tackled with simple recipes”.

Brufau has pointed out that this crisis requires “a multiplicity of actors and solutions”, has valued the role of industry in job creation and has asked to leave this “with more industry and not less”. Going down to detail, he has called for an “orderly” energy transition and has charged against the “demonization of fossil fuels” and the “serious bias” of the Climate Change Law.

In his opinion, this regulation “prioritizes electricity over other renewable alternatives for no environmental reason”, and the national fund for the sustainability of the electricity system (FNSSE) that has proposed Ecological Transition is “another example of biased regulatory development” that “mistakenly confuses electrification with decarbonisation ”and is“ contrary ”to the energy transition.

According to Brufau, “it is not true that electrification alone is enough to achieve the degree of decarbonisation that we need”. “Of course, electrification and renewables are going to be major players” and Repsol intends to have 15 renewable gigawatts installed by 2030, but has also asked to bet on other sources such as biofuels, green or blue hydrogen.

The executive has defended that the fuel sector already suffers greater tax burdens than the rest, which has estimated at 200 euros for each ton emitted, which represents a contribution of about 11,000 million euros through the Hydrocarbons Tax, and has asked that the utilities also face their responsibilities for the emissions of the coal plants.

He has also assured that the fund proposed by the Government represents “a serious damage to consumers”, assuming “an important and arbitrary barrier to competitiveness and the future of the industry.” “It is no coincidence that most of the industrial sectors have raised their voices against him. It has been said that this fund is a nail in the coffin of the industry,” he recalled.

Regarding European funds, Brufau has asked to take advantage of “all the opportunities” they offer “leaving aside all those initiatives that only aim to captivate public opinion.” Repsol has presented eight renewable hydrogen projects: nine of circular economy, four of renewable generation and storage, eight of distributed energy and electric mobility and one of digital transformation.