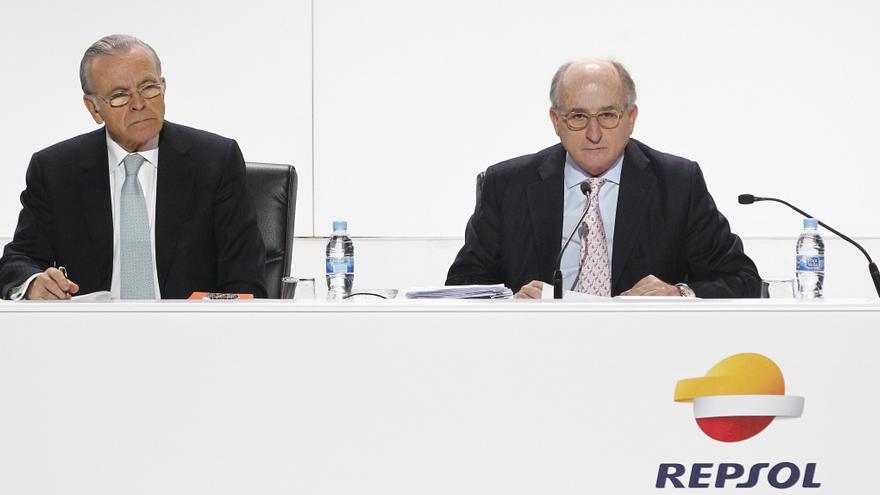 The boards of directors of Repsol and Telefónica must analyze the possible resignation of Antonio Brufau, non-executive president of the oil company, and Isidre Fainé, vice president of the multinational telecommunications company, after his indictment for the espionage of Commissioner José Manuel Villarejo to the former president of Sacyr Luis del Rivero.

The regulation of the board of the oil company establishes that its directors must place their position at the disposal of the highest management body of the company “and formalize, if it considers it appropriate, the corresponding resignation”, when in the opinion of the highest management body and prior Report of the Appointments Committee, “their permanence on the Board may put the interests of the Company at risk or negatively affect the functioning of the Board itself or the credit and reputation of the Company.

This Thursday, the judge of the National Court Manuel García Castellón has agreed to the anti-corruption petition and has agreed to summon Brufau and Fainé as investigated for an alleged crime of active bribery. It has also decided to impute the former secretary general and of the board of directors of Repsol, Luis Suárez de Lezo, who is still secretary of the board and member of the company.

Something similar occurs in the case of Telefónica, of which Fainé, president of Fundación Bancaria La Caixa, president of Criteria and former president of La Caixa, is vice president and director at the proposal of CaixaBank. The regulations of its board of directors indicate that its members must report when situations of this type occur “and, in particular, when they appear as being investigated in any criminal case, in which case the Directors must also report their procedural vicissitudes.”

After that, following a report from the Appointments, Remuneration and Good Governance Committee, the Telefónica board will decide on the measures to be adopted, “among them, the request for the resignation of said Director, which he must accept, or the proposed termination of the Board. next General Meeting ”.

This is in line with the recommendations of the National Securities Market Commission (CNMV). The regulator advises that listed companies “establish rules that oblige directors to report and, where appropriate, to resign when situations that affect them arise, related or not to their performance in the company itself, that may harm credit and reputation of this and, in particular, that they oblige them to inform the board of directors of any criminal case in which they appear as investigated, as well as their procedural vicissitudes ”.

The CNMV advises that, in one of these situations, the board “examine the case as soon as possible and, taking into account the specific circumstances, decide, after a report from the appointments and remuneration committee, whether or not to adopt any measure, such as the opening of an internal investigation, requesting the resignation of the director or proposing his dismissal ”.

It should be remembered that the indictment of Francisco González in the Villarejo case would end up taking the hitherto president of BBVA, who resigned two years ago as the bank’s chief executive. Repsol has experienced a similar situation in the past, with the accusation of its then director Mario Fernández, in the BBK case, an entity he presided over between 2009 and 2013. Fernández only resigned as a member of the oil company in 2018, after ratifying his conviction by the Court Supreme.