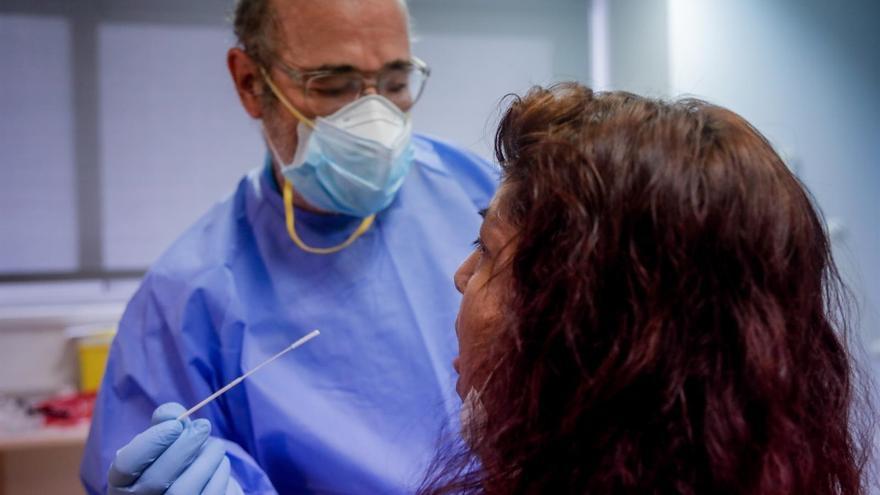 “The system for diagnosing, tracking and isolating COVID-19 cases in Spain, the linchpin in the response to the pandemic, remains too weak.” It is the conclusion reached by the scientific journal The Lancet which dedicates its last editorial to the march of the disease in our country.

Spain is one of the states hardest hit by both the first and second waves of COVID-19. The British publication wonders if what is happening here with the pandemic, is a “predictable storm”. “The disease has amplified some of the weaknesses of the health system and revealed the political complexities that make up the country,” the article says.

Given the rebound in cases that Spain has been experiencing since mid-August, The Lancet concludes that “when the national lockdown was lifted in June, some regional authorities were too quick to reopen and too slow to implement an efficient case detection and tracking system.”

This paragraph is adapted, for example, to the continuous pressure exerted by the Community of Madrid to advance through the de-escalation phases: first to begin the first stage when its own director of Public Health, Yolanda Fuentes, considered that the conditions were not met and, later, without waiting the, in principle indicated, two weeks to complete the last phase (as the state of alarm waned, the regional government jumped to the stage of new normality).

“In some regions, the epidemiological control infrastructures were insufficient to control future outbreaks and limit community transmission,” he adds. That is, the reinforcements in Primary Care and tracers that would allow locating new cases, identifying their chains of contagion and thus cutting off the spread of the virus. Community transmission, which occurs when the origin of a contagion cannot be established, has been confirmed in Lleida and Aragón in July and is now the situation that the Community of Madrid is going through.

The editorial recalls that “the pandemic has exposed” the lack of preparation in epidemiological surveillance, low testing capacity and the shortage of personnel and equipment “as revealed by a score of Spanish experts in public health in a letter also released by The Lancet which they later reiterated in September.

The issue, the text continues, is that the pillars on which the Spanish health system is based: governance, financing, benefits and personnel, “were already fragile when they were overwhelmed by COVID-19.” It refers to the “decade of austerity that followed the crisis of 2008.” The cuts made by the central and regional governments in their health budgets had as a consequence “the reduction of the capacities of the system in terms of personnel and public health services.”

And it abounds in the fact that the services are under-staffed and under-resourced in addition to having health staff under pressure: “Too often supported by temporary contracts that last a few days or weeks.” Job insecurity is one of the factors in the lack of available health personnel

In addition, the medical journal indicates that “political polarization and decentralized governance may have made a quick response difficult, but if the first wave was unpredictable, the second was quite predictable.” Although during the state of general alarm there was a growing polarization as the weeks progressed and the Executive requested the extensions of the decree, the confrontation has exploded with total virulence due to the position of the Community of Madrid against tightening the measures to contain the disease.

The editorial recalls the importance of carrying out the evaluation of how the pandemic is being managed, also requested by a group of public health experts whose implementation took the Minister of Health, Salvador Illa, to the Interterritorial Health Council on October 7. Still, “there are reasons for hope,” the magazine concludes. After all, Spain has a healthy life expectancy at the time of birth that is higher than that which corresponds to its indicators of socio-economic development. “If political leaders learn from its improved response to COVID-19, the country is very well placed to provide its people with a bright and healthy future.”