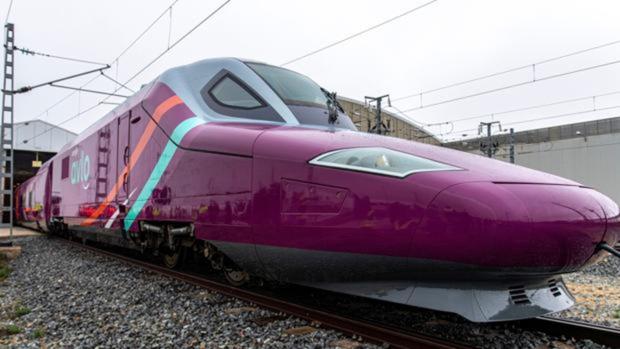 Renfe has announced that it will put on sale again this Wednesday, March 3, the promotion of cheap tickets to travel on its ‘low cost’ train, AVLO, from 7 euros, and on its high-speed and AVE trains from 19 euros. The offer, which will be available until next Monday, March 8, is an action that the company is carrying out to commemorate the 80th anniversary of the creation of the National Network of Spanish Railways (Renfe).

Flash offer!
Buy your Ave or Long Distance ticket from € 19 and Avlo from € 7
To travel from May 10 to December 11. Run, you have until March 8
All the info on our website https://t.co/zjLfVhFOYx pic.twitter.com/ewz1eN4Pwk

This is not the first time that Renfe has offered low-price train tickets. On April 6, 2020, on the eve of Easter, it put the tickets of its ‘low cost’ line, AVLO, on sale. However, the coronavirus pandemic caused this premiere to have to be delayed. This year the offer became available again and the railway operator managed to sell more than 100,000 tickets in 24 hours to travel between June 23 and December 11, with prices starting at 5 euros each way. Today, Renfe returns to take out ‘low cost’ tickets to celebrate its 80th birthday. This ‘flash’ offer can be purchased for only six days to travel on high-speed trains, AVE included, between May 10 and December 11 from 19 euros. It is also possible to purchase an AVLO ticket from just 7 euros for trips from September, or from 15 euros if you prefer to travel between June 23 and August 31. What is AVLO AVLO is Renfe’s ‘low cost’ brand. Its trains will start running on June 23 with five units of the 112 series remodeled to adapt this material to the characteristics of the new service. Unlike the rest of the trains in the Renfe fleet, those of AVLO do not have business class seats, which increases their capacity by 20% (438 seats). These trains will provide service between Madrid and Barcelona, ​​stops in all the cities of the northeast Renfe corridor (Guadalajara, Calatayud, Zaragoza, Lleida, Tarragona, Gerona and Figueras). There will be a daily direct train with the Barcelona-Madrid direction, two with stops in Zaragoza and another that will leave the Catalan capital and will make stops in Tarragona, Lleida, Zaragoza, Calatayud and Guadalajara before reaching its destination, Madrid. On the other hand, there will also be two daily trains in the opposite direction, Madrid-Barcelona, ​​one with a stop in Zaragoza and the other that will go to Figueras, but not before stopping in all the cities of the northeast Renfe corridor mentioned above.