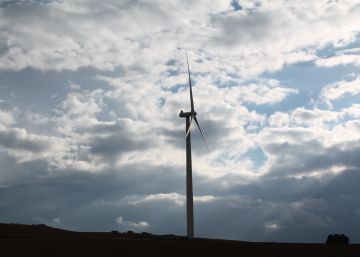 The Association of Renewable Energy Companies, APPA Renovables, has warned this Wednesday that the royal decree law approved by the Government to mitigate the rise in electricity could cause the paralysis of those facilities with price coverage and private contracts for the sale of Energy.

“When Royal Decree-Law 17/2021 enters into force, hundreds of plants in Spain will be forced to sell with significant losses, to denounce contracts and even to paralyze their production during the period of validity of the norm”, the association has underlined.

As an example, APPA has indicated that there will be the paradox that a project that has gone to market with coverage to minimize its risks, will lose money (more than 100 euros) with each MWh dumped into the network.

In this sense, it has denounced that this not only generates a serious implicit retroactive effect on signed contracts that would lead to judicialization of the sector, both between companies and against the Government, but even to the paralysis, for the duration of these measures, of numerous renewable facilities throughout the Spanish geography.

“This stoppage of renewable projects, which would be carried out so as not to have to incur significant losses, would entail a lower supply and, therefore, a foreseeable additional rise in the electricity pool as a direct consequence,” the association has advanced.

APPa Renovables has thus demanded the processing of the norm as a bill in Congress in order to be able to modify the most damaging aspects for the projects and safeguard legal certainty, “essential for obtaining the more than 100,000 million euros in investments necessary to undertake the Energy Transition “.

Additionally, the Association of Renewable Energy Companies shows its deep concern about the link between the reduction in income to the gas market and, in particular, to Mibgas, a market with little liquidity, very volatile and with prices currently on the rise, which it makes the behavior of the electricity market even more unpredictable.

In a typical case, the affected renewable facilities will have to sell at a loss (for reductions that can exceed 100 euros / MWh), which could lead the owners to make the decision to temporarily stop their activity or denounce the contracts, something that could further increase the price of the pool.

On the other hand, the Wind Energy Business Association (PREPA) has expressed its concern on Wednesday about the measures adopted by the Government to stop the rise in the price of electricity and has warned of the impact that these may have on the elic sector, according to a statement released this Wednesday.

PREPA considers that the measures announced by the Executive after the Council of Ministers on Tuesday only focus on a part of the electricity market and forget “the implications in other environments.”

For the 250 companies in the sector that make up PREPA, the Royal Decree-Law will have a negative impact on 21% of the Spanish wind farm, specifically, in those parks with more than 20 years or in facilities incorporated under ‘merchant’ or schemes’ Power Purchase Agreement ‘(PPA).

Furthermore, although the government’s measures are extraordinary and temporary in nature, they may lead to “changes in the behavior of economic actors” and discourage investment in the wind and renewable sector.

The wind sector considers that they are the energy “most efficient to reduce the price of electricity” and, nevertheless, the one that “will be affected with the greatest impact with these new measures.”

PREPA has also asked in its statement to facilitate the installation of a new wind power and bet on the expansion of renewable energies, which are “the only solution” against “fluctuations in the international markets of product prices. energy sources of fossil origin, raw materials or CO2 “.