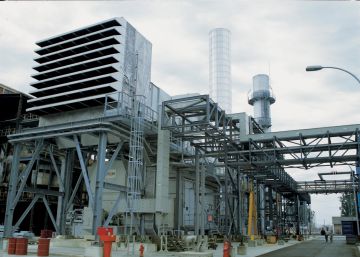 On November 22, the acting Council of Ministers approved a royal decree law that established the new financial compensation rate of the renewable energy, cogeneration and waste plants for the new regulatory period that began on January 1. With the support and abstention (in the case of the PP and Vox) of all political groups, the Government put an end to the negative consequences of a possible extension of the formula that had been in effect since 2013: or the same rate of return was maintained for the new regulatory period, something of doubtful legality, or the rate was updated with the current formula, which would have meant an important cut to the reasonable profitability of the affected facilities. In total, 64,000, owned by both small investors and large energy companies, in addition to the cogeneration plants linked to the industry.

The RDL established a reasonable return for the period 2020-2025, which, in general, gave satisfaction to the sector: 7.398% for the plants prior to 2013 and 7.09% for the subsequent ones. But, as some warned then, to really verify what the real remuneration for these years would be, it was necessary to wait until it was published the ministerial order that should update the remuneration parameters applicable to these facilities (every six years all are updated, except for the regulatory useful life and the standard value of the initial investment).

And, in addition to the rate of return, the remuneration must take into account the operation and maintenance cost that is recognized and the forecast of the wholesale market price estimated for each period: if it is higher than the real price that then it turns out, companies will charge more and will be adjusted downwards at the end, and vice versa.

Although the order to update the parameters must have been approved before the end of last year to enter into force simultaneously to the RDL, this same rule postponed its approval until February, although retroactively from January 1. The order proposal has already arrived and has caused, as predicted by sources in the sector, a revolution, as it represents a cut in the remuneration of almost one billion euros (997.5 million), of which, 423 million correspond to the generation, 35%, according to the CNMC.

In the case of photovoltaics, the update implies a decrease between 4% and 5%, according to the companies themselves, while wind is not considered practically affected.

After the period of allegations of the companies, the CNMC has issued the mandatory report in which it recommends that the Ministry for Ecological Transition soften the proposal in the final text that must be approved before the end of this month. If accepted, the cut will be reduced by 15%. If the ministry does not correct such a hard adjustment, business sources say, “we will have no choice but to go to court.”

The crux of the matter, according to an expert, is that the sector has been benefiting from high market prices: around 50 euros / MWh, compared to 40 euros / MWh that were estimated in the last period . “An over-compensation that now fits”, indicates the same source. Another problem is in the new methodology, which has resulted in a greater adjustment than expected, especially cogeneration. This does not receive compensation for the investment, as in the case of renewables, but only for the operation and maintenance.

The CNMC asks that the methodological change be explained well, that an error is corrected in the diesel price calculation formula and that, as the photovoltaic has requested, the futures prices on which the recognized price is based is not that of the six months prior to the month of October of the year prior to the change of regulatory period, until December. The sector considers that if the order has been postponed to February, instead of being approved in December, it is reasonable that the six months of calculation are also postponed. Fundamentally, because the price of futures improves taking into account these months. In this, the ministry does not fault.

The association of cogenerators Acogen has asked the CNMC, in the framework of the public consultation of the proposal of ministerial order of parameters, changes in the forecast of market prices (55 euros MWh in 2020), because that level of contribution, which the association estimates “at most” between 40 and 42 euros MWh. According to Acogen, this implies an additional cut of 300 million to the 423 million euros recognized by the CNMC.

According to the methodology, the adjustment admitted by the Ministry of Ecological Transition is 1.5 euros MWh less, which does not satisfy the sector. They also allege that the performance of the facilities with which the costs are calculated have not been reviewed. Current yields, according to the association, are well below those of 15 years ago, since they have not been able to invest in adequate technology and maintenance, in addition to the industrial crisis and a lower functioning. If this petition is not collected, Acogen announces that it will go to court.

The ministry is more interested, according to the companies affected, to comply with the deadline established by law to approve the order (on February 28) than to modify the methodology.