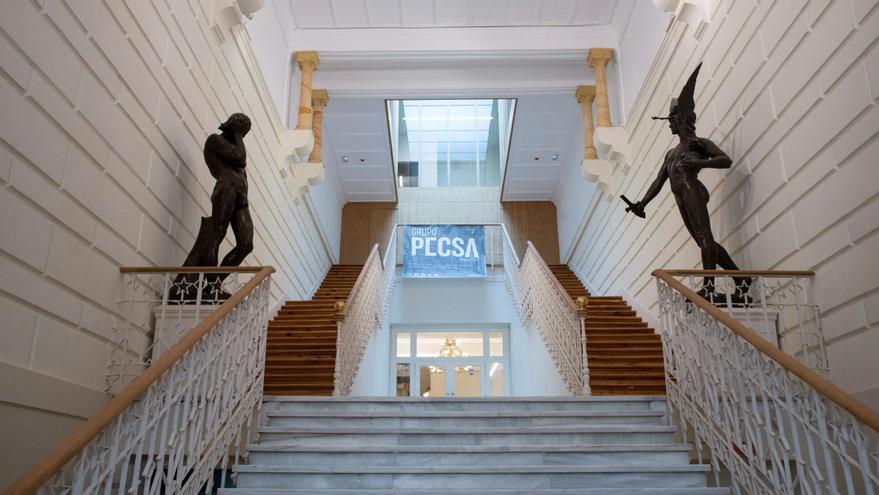 Six presidents of the Government and seven Nobel laureates, among other illustrious personalities, led the Ateneo Científico y Literario de Madrid during the 19th century and the first half of the 20th. Eminences such as Marie Curie or Albert Einstein gave lectures in their beautiful rooms, their rooms hosted debates in which figures of the stature of Manuel Azaña, Ramón María del Valle-Inclán, Emilia Pardo Bazán or Antonio Cánovas del Castillo, and their library participated, one of the best in Spain, it collected half a million volumes.

But these achievements belong to past glories and today the Madrid Ateneo, a private institution of public utility, languishes with just 2,000 aging members, a million euros of annual budget and a staff of 19 employees. On the 200th anniversary of its foundation, which is celebrated during these months, the entity urgently needs a real revolution if it is to survive. The alternatives would go through a big-bang that adapts the Athenaeum to new technologies and cultural habits, opens its doors to young generations, avoids ruthless struggles between its partners and demonstrates its usefulness for the Madrid society of the 21st century.

Juan Arminio Hernández, a 70-year-old architect and current president of the Athenaeum, recognizes that the institution demands a thorough renovation, both in its forms and in its contents, and that young people remain oblivious to its cultural offer. One of the priorities is its updating in new technologies and the world of the internet. “We are addressing,” says Hernández, “a total renovation in projectors, screens, access to Wi-Fi or the ability to transmit events over streaming. At the same time, thanks to the Ministry of Development, we are carrying out works to improve the facilities and their accessibility, which will conclude in December. It must be taken into account that the Athenaeum consists of three contiguous buildings and at different heights, and this posed architectural problems “.

However, the president rejects that the programming is disconnected from the hottest topics of today, despite admitting that the Athenaeum projects an anachronistic image. “Despite the crisis of the pandemic,” he adds, “we have convened debates on health issues or events on the centenary of the death of Pérez Galdós or the expedition of Elcano and Magallanes around the world.”

From the premise that it is not possible to live on the income of a brilliant history, which brought together the cream of the Spanish intelligentsia for decades, the Athenaeum has to overcome the aging of a social base with an age greater than 60 years and a scarce presence of women in the entity, where the only female exception in the presidency was the historian and conservative politician Carmen Llorca between 1974 and 1976. But a greater opening of the library to researchers or the creation of activities for children have not achieved avoid the burden of a lack of harmony with society. On the other hand, the crisis of the pandemic has also affected the Athenaeum economically, which now has hardly any rental demands for its rooms.

When it comes to analyzing this diminished presence in the Madrid cultural scene, compared for example with other institutions such as the Círculo de Bellas Artes or the Casa Encendida, the devilish system for electing the leaders of the Athenaeum appears as a great stumbling block. Thus, the board of directors has to renew each year half of its 11 members through open lists in a process that favors the proliferation of chapels, cronyism and sectarianism and that has marked the last years of the life of the Athenaeum. Hernández emphasizes that this apparently more democratic regulation prevents planning in the medium and long term. However, the reform of these obsolete statutes, inspired by 19th century practices, has never been seriously considered or at least it has not prospered.

Apart from underlining the drawbacks of this perverse system of election of the board, Antonio Chazarra, professor of philosophy emeritus and prominent Atheneist, summarizes the current situation of the Athenaeum with a very emphatic phrase. “The entity needs to enter the 21st century without having passed through a good part of the 20th,” he adds after recalling that the Athenaeum was intervened by the Franco dictatorship and its positions were appointed by hand until the arrival of democracy. “Many Atheneists come from a republican and masonic tradition and, at times, it gives the impression that the clock was stopped in 1939. The ideas of renewal come with a dropper in the middle, it must be said, of the indifference of public institutions that they should pamper him as is done in London, Paris or Berlin with prestigious societies of the Athenaeum “.

Private entity of public utility, the Athenaeum subsists with aid from the City Council and the Community of Madrid, which is around 30% of its budget, and with the fees of its members who pay 21 euros per month. On the other hand, the route of private sponsorships has never been successfully explored.

In a two-way laziness, neither the Athenaeum has just opened up to society, nor has the liveliest culture of the Madrid capital just entered its beautiful building in the center of Madrid that Alfonso XII inaugurated in 1884. Its imposing assembly hall or gallery Portraits of famous Atheneists thus exert more of a deterrent effect, with an intense smell of mothballs, than of adhesion by many cultural sectors. In fact, the majority audience for many of his acts is made up of retirees. “The Athenaeum will continue to languish as long as it is no longer projected outward,” says Chazarra.

Attentive observer of the evolution of the Athenaeum, journalist and author of several books on the history of Madrid, Rafael Fraguas uses terms such as “cainism, unleashed egos, hyperasambleism or patrimonial conception of the positions” when referring to the last years of the entity. “Without a doubt”, he explains, “the permanent crisis of the Athenaeum also includes cultural deficits and historical memory deficits on the part of the youngest, who turn their back on many of their activities. This disinterest causes many members to find themselves anchored in the times of the Republic or in the figures of the generation of 27 and who sometimes adopt very dogmatic attitudes. In reality, the Athenaeum is still a reflection of the difficulties that the development of a free and modern thought finds today in Spain. Suffice it to recall the struggles of the banderías and cliques that dot the progressive cultural currents. ”

In any case, all Atheneists agree that the washout, due to the pandemic, celebration of the 200th anniversary should serve to place the Athenaeum on the cultural map of Madrid. Otherwise, six presidents of the Government, seven Nobel laureates and hundreds of the best intellectuals and artists of the Spain of the XIX and XX will wonder what it served to promote an entity that represented ideas of progress, freedom and culture for two centuries.